Being a fan of Clinique Shimmering Tones, I just couldn't pass up this Black Honey limited edition. Supposedly, it is a Sephora exclusive, going for $32 on Sephora (US) online, and I haven't seen it anywhere else but E(vil)bay for double the Sephora's retail price. Either way, I'm so happy I jumped on this one, because it's gorgeous!
First off, I'm so impressed with the texture of this powder! It's baked just like the previous Shimmering Tones, but unlike their dry and somewhat chalkiness, this feels much much softer and smoother! I thought the Laura Mercier Gilded Garden Shimmer Bloc was impressive for a baked powder, but this feels like a pressed powder that's a little moist even! Secondly, holy crap this thing is pigmented, especially the darkest color! It's like a multi-purpose version of the Kiss Kiss My Eyes Glamorize Shadows that can be used on the face as well as the lids! Did the technology and formulation for baked powder makeups just shot up by an order of magnitude or what these days?
All pictures taken in natural light without flash. 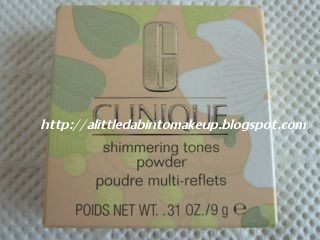 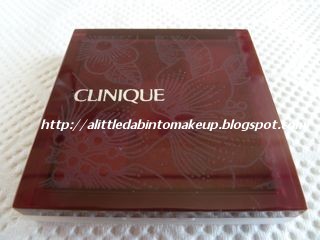 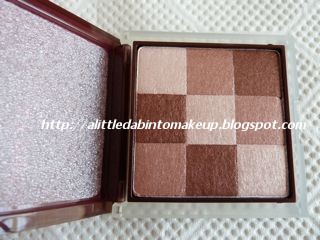 - Black Honey: swirls together for a beautiful and shimmery dusty mauvey pink. It is very pigmented, so apply with a light hand. I have read that a skunk brush will give a nice and glowing application that's just ethereal (which reminds me I need to get me one of those skunk brushes asap! Any recommendations?)! If you don't have access to Sephora and are unwilling to pay the E(vil)bay price (I definitely wouldn't!), try Canmake Cheek Gradation in 04 Chocolate Stripes instead. It gives a very similar shimmery dusty mauvey pink flush, is just as pigmented, and is only about 1/3 to half the price of these Shimmering Tones at most, depends on your source. 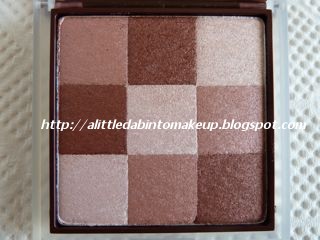 - Medium color: metallic pearl, medium intensity. A dusty rose pink that also makes a very pretty medium crease shade for the eyes.
- Darkest color: luminous satin, high intensity. Appears more plummy in the pan but swatched with some chocolate on my skin, probably because I'm very warm. As pigmented as it is, I do think it's too dark and opaque for a crease color, though judging from the swatch, I'm not sure if it's dark enough for a liner either. I have to try it first I guess. Will update if with any interesting finding.

The top dot is all 3 colors blended together. 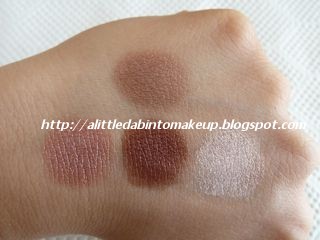 I have the Canmake blush, so I guess I won't pine over this lovely blush! That reminds me, I should try a skunk brush with the Canmake one, as it's too pigmented for me.

Now I'm dying for a skunk brush! Do you know any good ones I should look into? I love my pigmented blushes, but they are way too pigmented and I don't have the tools to tone them down with.