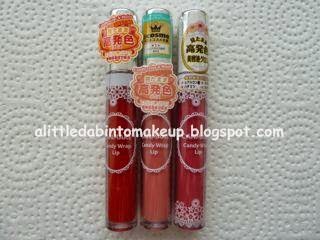 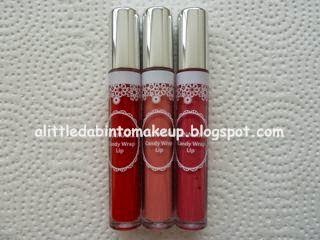 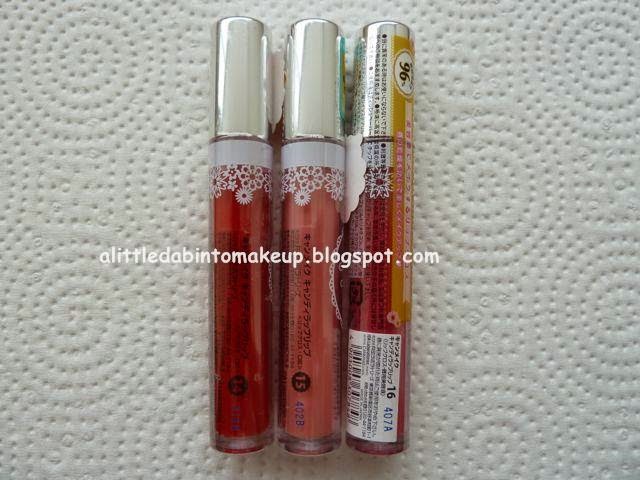 These are in a running series so I'm also going straight to the colors.

- 14 Spicy Candy: a glorious orangey red and is the yellow-based counterpart of 04 Lady Strawberry, a translucent but super pigmented gloss that's shimmer-free! The name Spicy Candy is totally correct because it's sizzling hot, and my god it's fiery and it's gorgeous! In addition to being free of any shimmer, its translucency means no worries about chapped lips, especially when these glosses are quite moisturizing ^.^

Interestingly enough, Canmake pulled a fast one on me with this color - it was a super limited edition color released January of 2014 and promptly disappeared! I had no idea it even existed! This has happened before with another limited edition color 12 Milky Lolita, which I'm not too sad about because it looks like another meh milky peach. But this 14 Spicy Candy?? Soooooo glad I stumbled upon it on Yes Style of all places (not affiliated), and oddly enough this is the only place left online that carries this color, if they have any stock left! 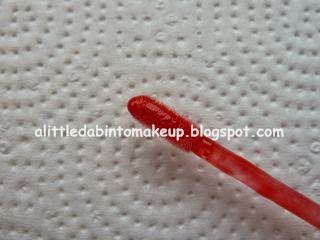 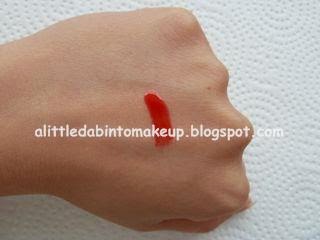 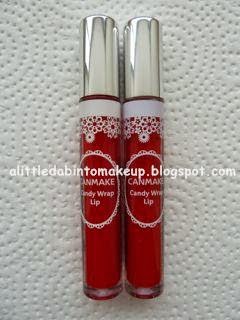 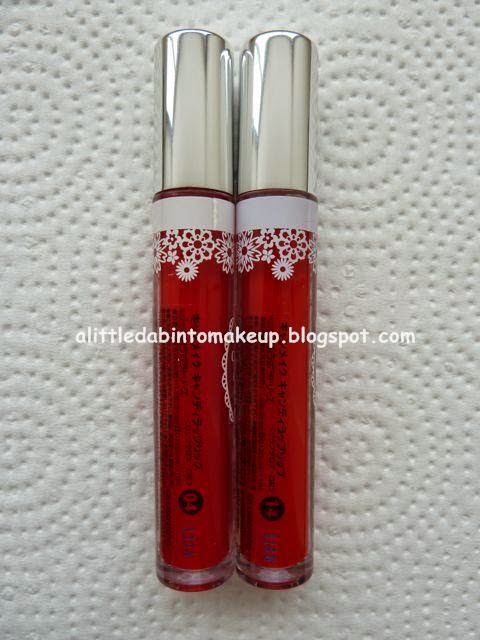 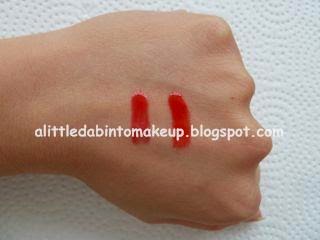 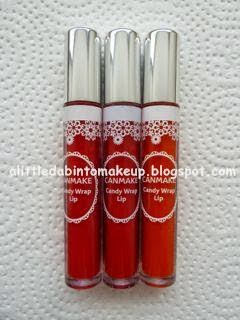 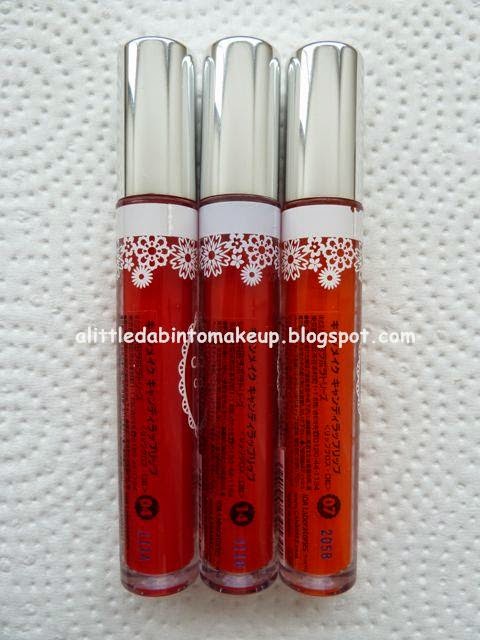 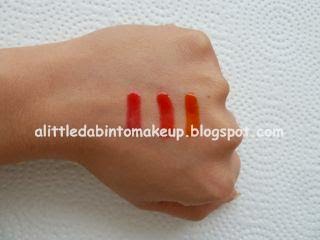 - 15 Cinnamon Rose Tea: a shimmer-free and milky fleshy pink that turns way peachier and opaque on my lips, which means exaggerated pale lips that magnify every single crack possible, even if it moisturizes my chapped lips :( That said, I have tried mixing it with more translucent glosses, including 14 Spicy Candy above, and it became much more wearable. 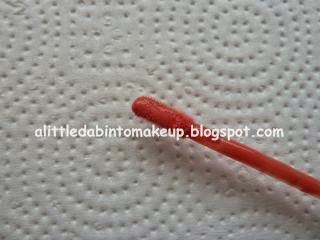 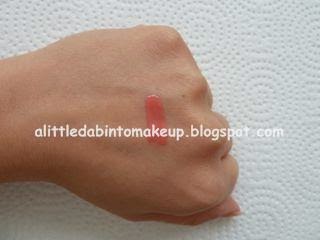 Here are the 4 similar looking pinks and peaches in the line so far, from left to right, 02 Navel Drop, 03 Peach Shower, 10 Mauve Bonbon, and 15 Cinnamon Rose Tea. I think I'm going to stop getting milky pink/peach glosses because they're just uncooperative by themselves and are only wearable when mixed with other glosses. 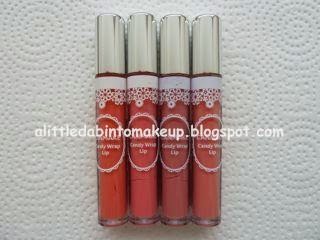 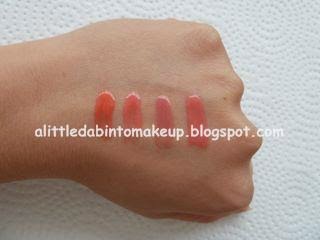 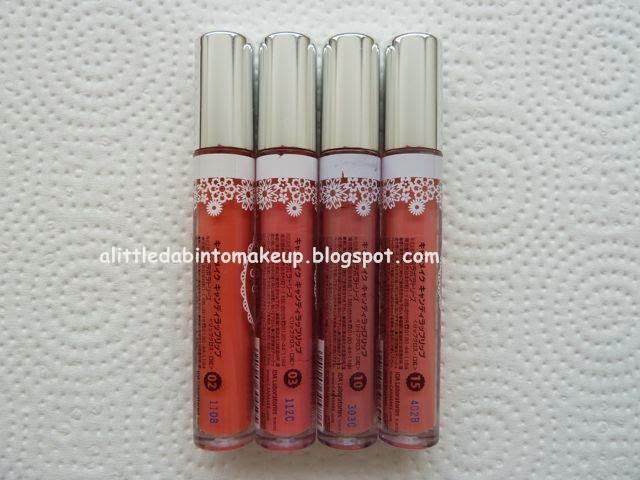 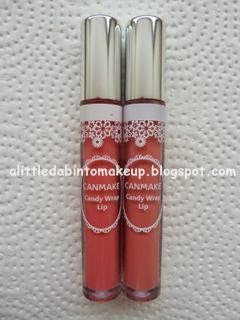 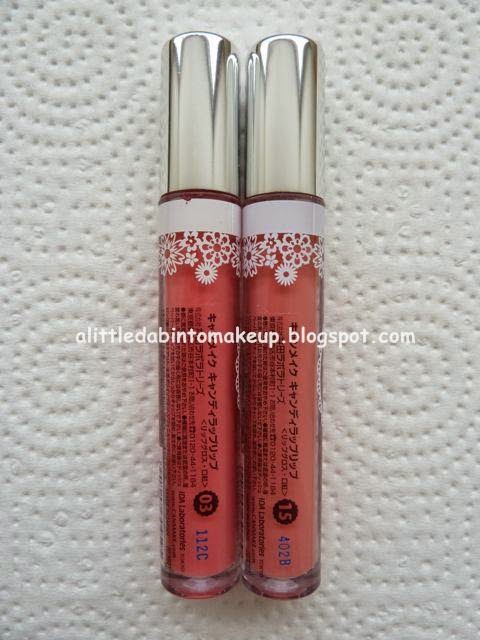 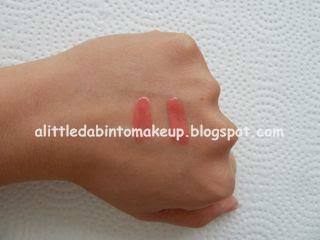 - 16 Ruby Liqueur: a shimmer free and slightly milky deep medium pink, though not deep enough to be called ruby in my humble opinion. Nonetheless, it's quite love on the lips and being only somewhat opaque it adapts to my dry lips without any magnifying any cracks. Likey! 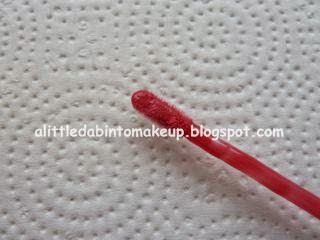 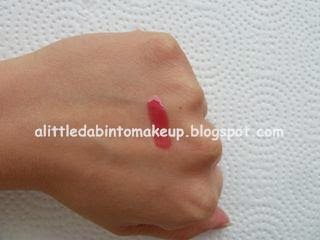 Here is a line up of many pinks and peachy pinks, some cooler some warmer (from left to right): 01 Sugar Love, 03 Peach Shower, 05 Pinkholic Syrup, 06 Guava Smoothie, 10 Mauve Bonbon, 13 Mellow Berry Milk, and 16 Ruby Liqueur. 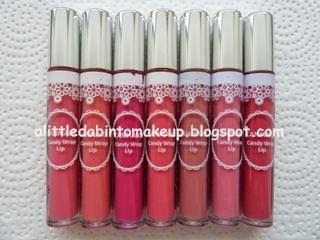 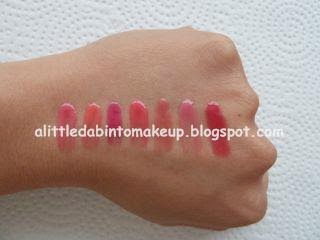 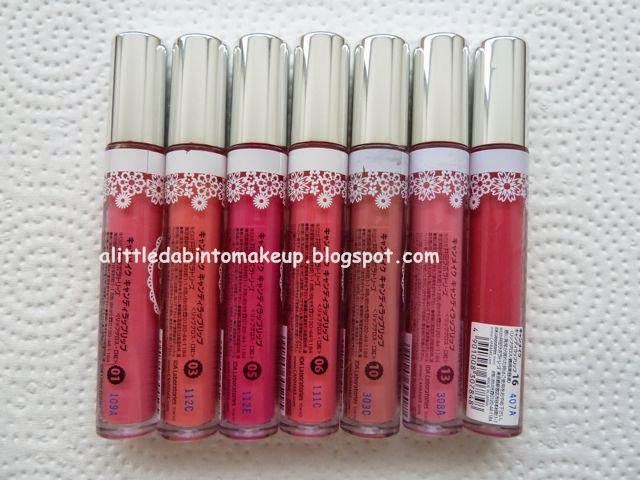 gorgeous! They always seem to make the best colors hard to get :/