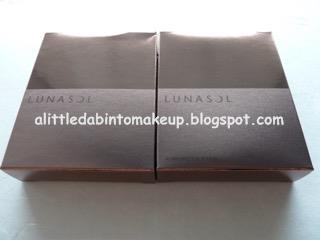 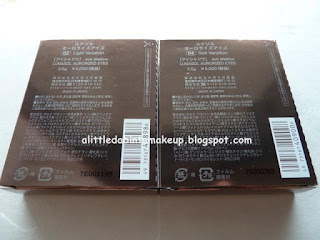 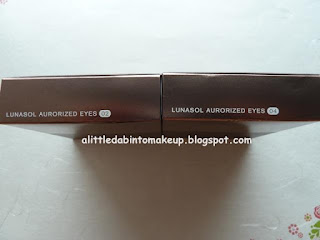 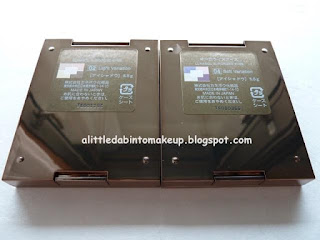 Overall, 03 Gentle Variation and 05 Contrast Variation are still the 2 best palettes in this range, but I'm very happy I have 02 Light Variation also. In comparison, 02 and 04 are slightly less pigmented than 03 and 05, and the colors are less interesting. 02 is more metallic than 04 Soft Variation, and I thus I like 04 least among the four Aurorized Eyes palettes I have.

- 02 Light Variation: I was way more excited about 04 Soft Variation than 02 Light Variation, thinking pretty pink-purples versus meh beige-pink, so I was this close from dropping 02 from my cart. Thank goodness I didn't because I would have regretted that mistake dearly. Turns out 02 is the better one out of the two and I totally didn't see that coming at all! Sure, there are 2 lid shades in this palette and no medium crease shade, but the liner can be used in the crease and the metallic more than makes up for it. 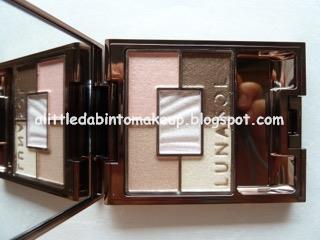 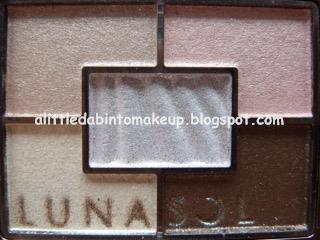 Clockwise from center:
- Sparkling top wash: metallic high shimmer, low intensity. A sparkling pink-tinted white that's quite pigmented for a top wash and can double for a lid shade.
- Lid: metallic, medium intensity. Gorgeous beige with sparkling white shimmers.
- Lid: metallic, medium intensity. Equally gorgeous rose gold. My swatch photo is washed out and this color looks more peachy than rosy, but it's a lot pinkier in natural light, and you can see the gold in the angled shot.
- Liner: shimmer, medium intensity. A nice chocolate. It looks pigmented in the photo but could be a bit darker and a tad more pigmented to line effectively. But the upside is that it also works in the crease.
- Base/highlighter: metallic, low intensity. A beautiful gold that can also double as a lid shade. This color is translucent when viewed directly but reflects a more opaque metallic sheen when seen from an angle. 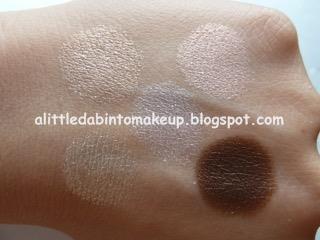 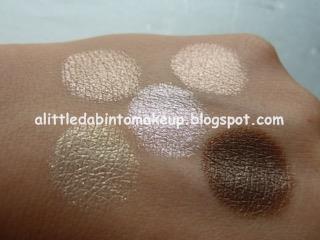 - 04 Soft Variation: I was totally excited about this palette until I saw it in natural light. That was when the reality of having 3 white shades (white, silvery white, pinky white) in the same palette deflated me a bit. Now I agonize over why they didn't just make the pinky white color fully pink. Why would they ruin a purple combination pairing them with 3 whites?!? Totally silly, right? 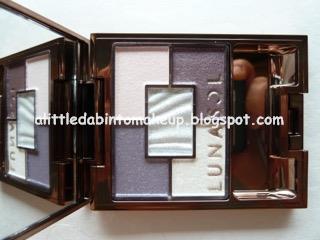 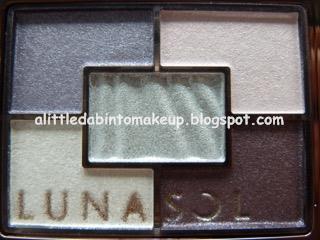 Clockwise from center:
- Sparkling top wash: metallic high shimmer, low intensity. A sparkling blue-tinted, silvery white. Again, this is quite pigmented for a top wash and can double for a lid shade, although I'm not sure if I'd want such high wattage all over the lids ^.^"
- Lid: metallic, medium intensity. A silvered purple. Sooooo pretty!
- Lid: semi-metallic pearl, medium intensity. A pinky white that's more white when viewed directly and more pink at an angle. It has an interesting pearly brushed-metal finish, if that makes any sense. I have mixed feeling with this color. I don't get it. Why another pinky white and not just pink, especially in a palette that already has 2 whites? Why?
- Liner: shimmer, medium intensity. A purple with plummy undertone. Like the chocolate above, this color could be darker and more pigmented to make an effective liner. Even worse is that it's semi-translucent, which makes it better in the crease than to line with. It's pretty though!
- Base/highlighter: metallic, low intensity. White. This color is translucent when viewed directly but reflects a more opaque metallic sheen when seen from an angle. 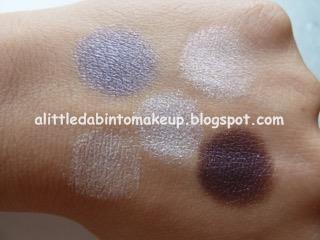 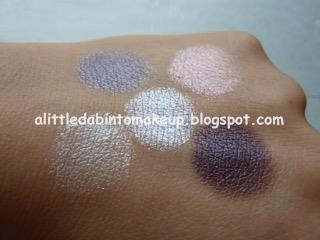