While in my hand cream panic, I also picked up a couple of bottles of body lotion, one of which is this 200g Nivea Skin Milk Refreshing (さやっぱり). 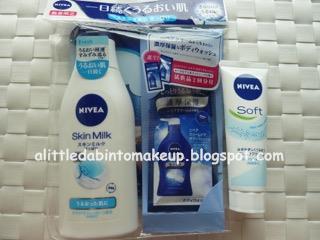 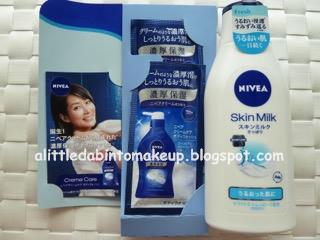 By now I should have known what "refreshing" means, but since I'm a slow learner the gel-cream texture of this lotion took me aback a bit ^.^" It is mildly scented. Putting this stuff on, I started doubting whether it would even keep my arms moisturized for an hour, especially in the winter. It was a night I had forgotten to apply Yanagiya Anzu (Apricot) Oil, which I will review later also.

Well, I was right that this gel-cream isn't enough for my winter alligator skin. However, I also like it quite a lot in that it's very light and absorbs like water. Who wouldn't love that moisturized naked skin feel all over? Even better is that this stuff seems mild even to super sensitive skin. 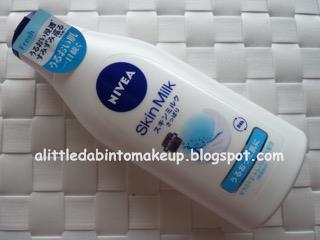 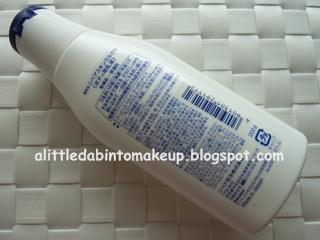 Case in point: during the holidays my family came to visit, and my sister who has sensitive skin developed rashes all over her body after trying just once my--gasp--Olay Quench Body Lotion Sensitive! This might explain why I don't see it on Olay's USA website anymore, but either way, I was at a complete loss. If her skin reacts to sensitive-skin lotion, what else can I do? She hates oils on her body, so I couldn't offer her the anzu oil I was using or the extra bottle of Oshima Tsubaki Oil I was hoarding (an attempt to correct my ABS Tsubaki Abura mistake).

There was only one option left, this sampled bottle of Nivea Skin Milk Refreshing, so my sister took another gamble with it. It couldn't get any worse, she thought, and thankfully, it didn't. Quite the opposite, in fact, and her skin got better with nightly use of this milk! She ended up keeping my bottle by her bed, and she hauled several more to bring back. It goes without saying that this is just one person's experience, but count me impressed! Will definitely repurchase for the summer. 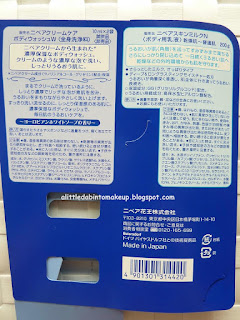 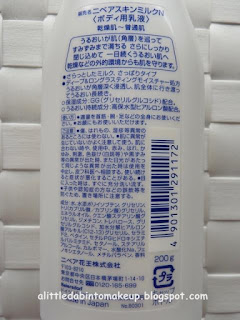