This 3.7mL/0.13fl oz. deluxe sample tube of Urban Decay Eyeshadow Primer Potion - Anti-Aging was a part of the Sephora Winter 2013 promotion, the Festive Cheery GWP bag. And I pretty much got this bag for this eye primer ^.^ I think I kept a couple other items and gave the rest away to my mum and sister. 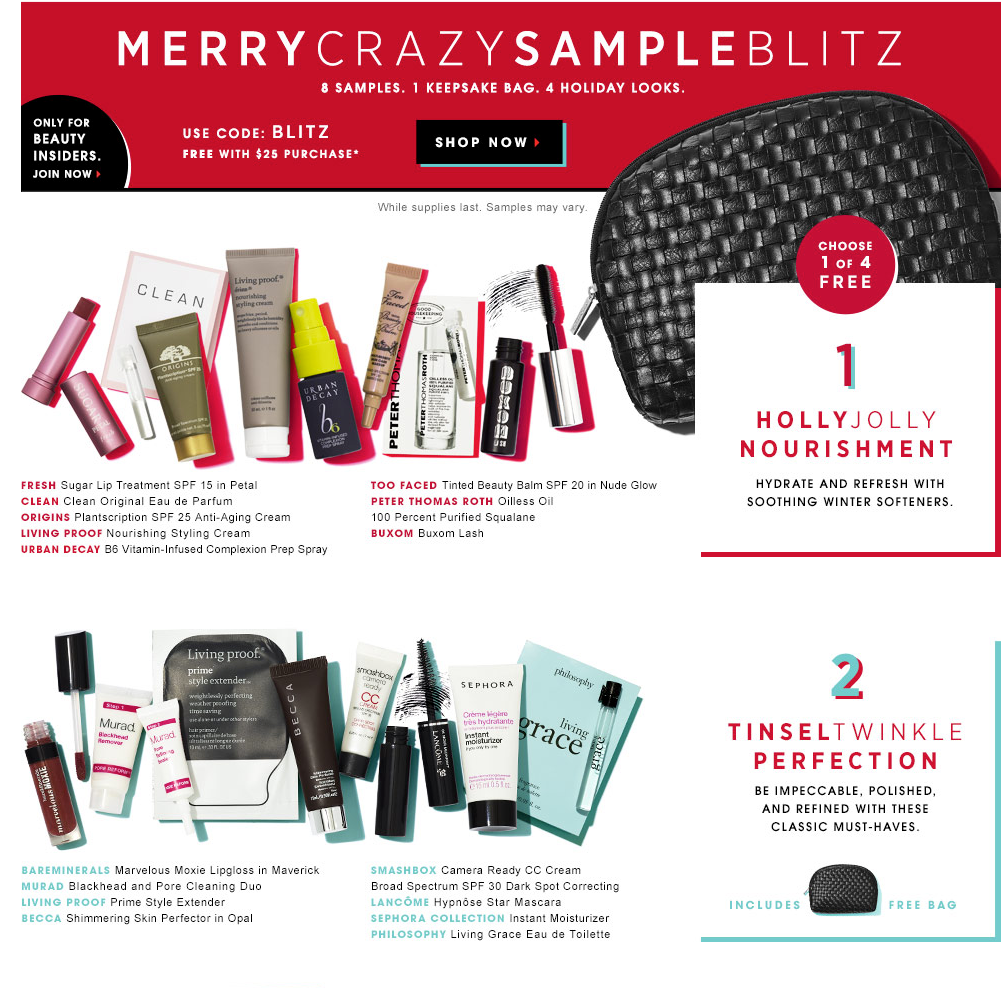 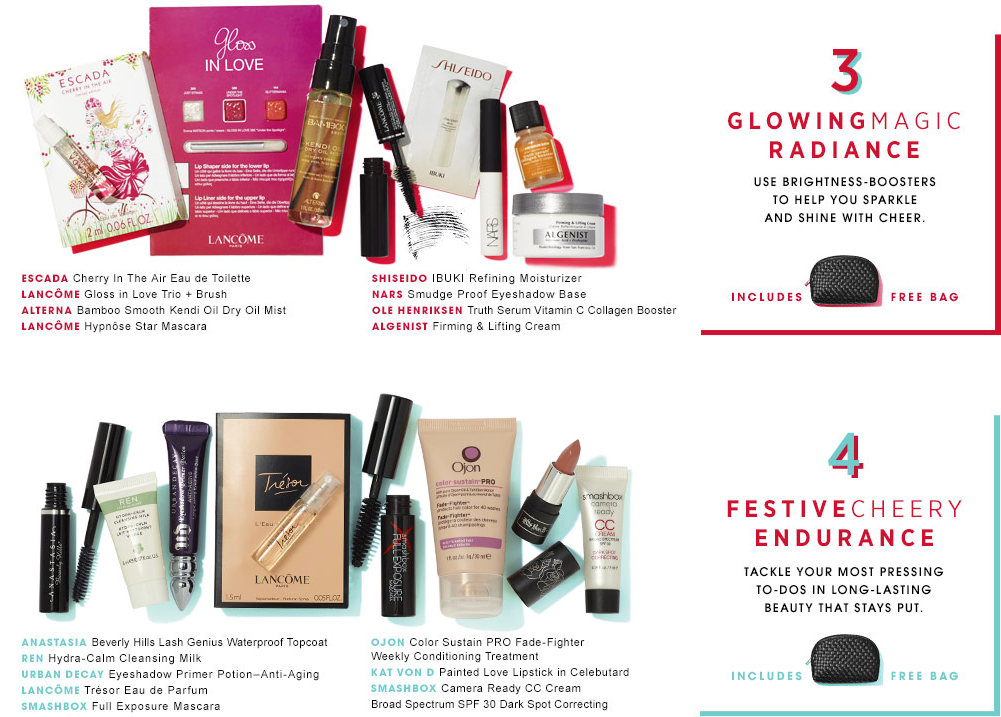 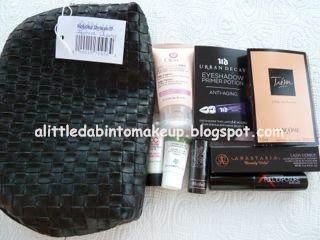 I haven't tried Urban Decay's original Primer Potion, but I do like this Anti-Aging one a lot! It comes out of the tube an unscented, shimmer-free thick cream that looks just like a cream foundation, only it's translucent and dries to an invisible and smooth finish.

And I say the primer dries to an invisible finish because it matches my skin tone exactly. Like, exactly, as in it completely disappears on my skin. The swatch was done heavily because otherwise it wouldn't even show up - see for yourself well how it matches! The thing is, I do have some redness/purplish below the crease of my lids, so even though the primer is translucent, I know it does provide some coverage because it evens out the redness/purplish to match the rest above the crease. Very nice. 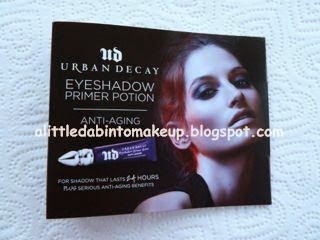 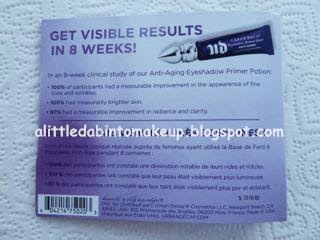 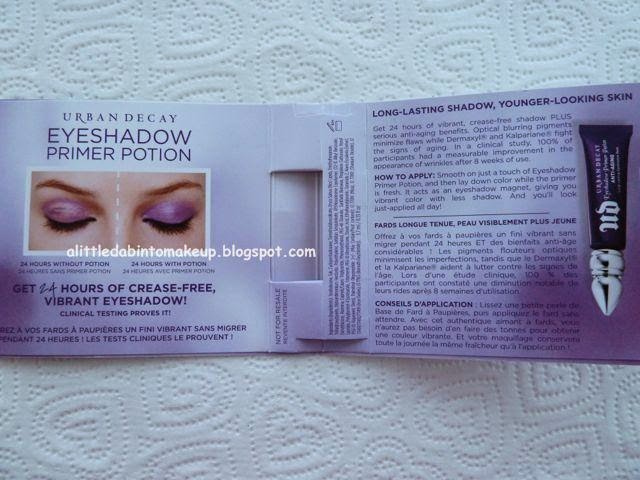 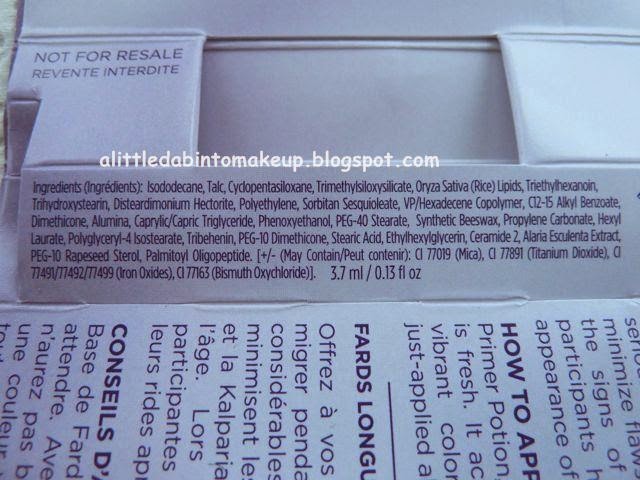 This primer works very well with powder shadows, but despite the invisible finish it's not "dry and powdery" enough to hold my cream/gel/liquid shadows. So yeah, it's strictly for powder shadows for me, but I like it a lot still and am considering trying out the different colors Urban Decay has.

No comments on the anti-aging aspect though, because honestly how I would be able to tell if an eye shadow primer is anti-aging, when it's sole purpose is to prime my eyes to be covered up with eye shadows? After I take off my makeup and clean my face, I apply eye creams anyway, and it's not like I'll ever use an eye primer like I would an eye cream, or even any where the same amount I would with an eye cream. So the anti-aging thing is superfluous if you ask me. 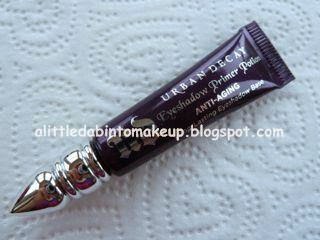 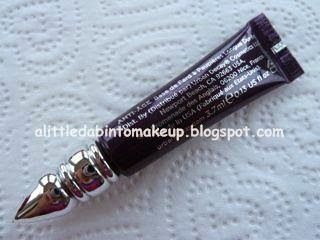 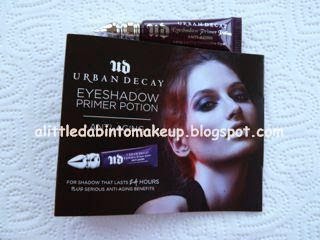 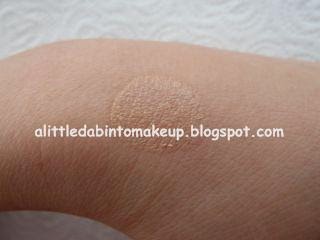 Email ThisBlogThis!Share to TwitterShare to FacebookShare to Pinterest
Labels: makeup base, Urban Decay