For over a year I'd resisted these cotton candy-colored tubes and bottles of sunscreens that supposedly color-correct, but alas in the end my curiosity got the better of me and I picked up two 80g tubes of Skin Aqua Tone Up UV Essence SPF50+ PA++++ in the "regular" Lavender tint as well as the 2019 limited edition Mint Green.

It's worth noting that the Lavender tube I have is the old formula with alcohol from 2018, versus the Mint Green being the newer 2019 formula without alcohol.

All pictures taken in natural lighting without flash. 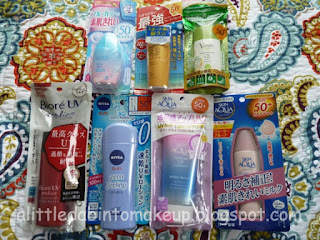 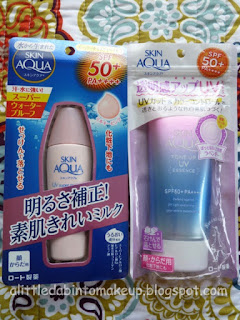 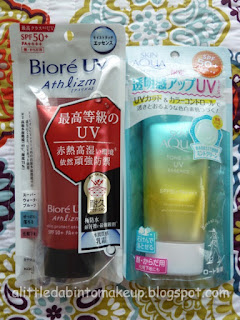 Originally, I wasn't going to bother with the Mint Green. However, I happened to buy the Lavender just a few weeks before the new formula was released (grrr) and didn't want two Lavender tubes. So I went for the Mint Green instead, which was different enough and with an alcohol-free formula, so I could at least compare it with the Lavender in the old formula. 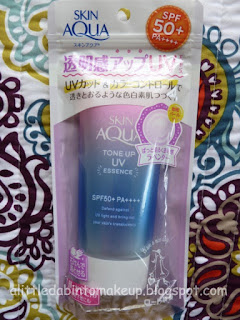 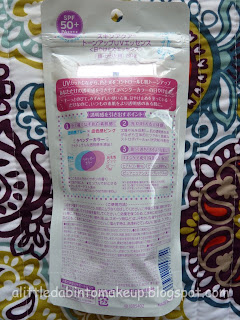 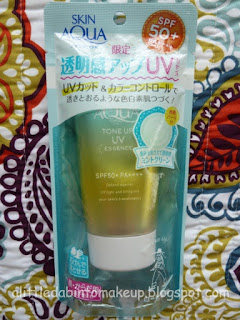 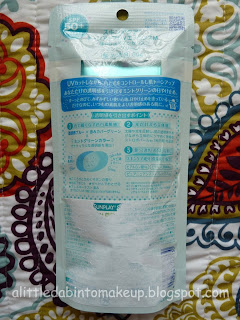 The old-formula Lavender contains octinoxate (メトキシケイヒ酸エチルヘキシル), titanium dioxide (酸化チタン), Uvinul A Plus (ジエチルアミノヒドロキシベンゾイル安息香酸ヘキシル), and Tinosorb S (ビスエチルヘキシルオキシフェノールメトキシフェニルトリアジン) and isn't as "clean" as the 2019 new formula for sure. It does contain alcohol and is scented. It's also thicker and pastier. Even when I use a small amount (less than dime-size, which is much less than the required amount to get the listed SPF), I still get a kabuki mask that just wouldn't set no matter how long I wait. When I get impatient and "rub it in," the stuff would shift around in patches. 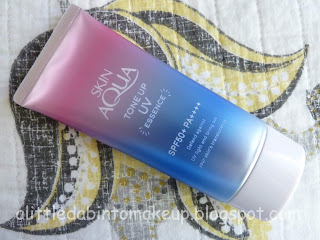 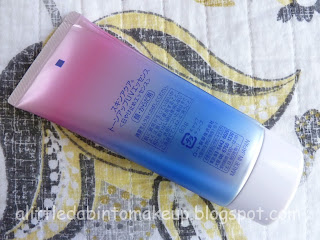 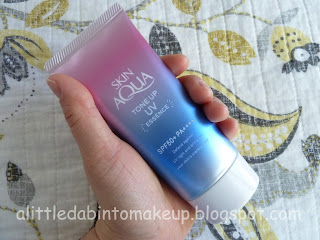 The new 2019 formula has octinoxate, Tinosorb S, Uvinul T 150 (エチルヘキシルトリアゾン), and titanium dioxide. Basically, still a combo sunscreen but with less mineral blocker--no idea what the actual concentration is though. The improvement lies in that it's free of alcohol, paraben, and mineral oil, with an even bigger improvement in the much-lighter texture. This stuff applies just like any other face cream! I can actually apply a dime-size amount and get a dewy matte finish without any visible white cast. When I apply more though, that's when it gets a bit pasty and greasy. 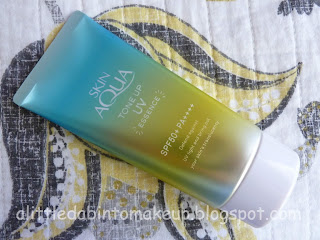 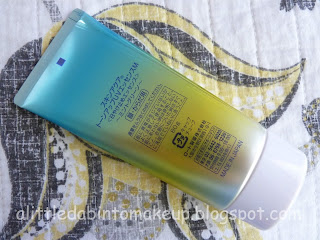 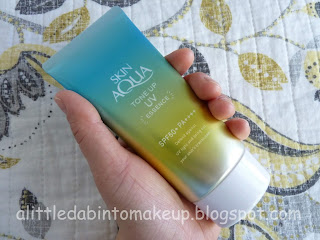 So back to mixing sunscreen cocktails I went, and boy was I glad both of these actually mixed well with other sunscreens. For a couple of months I was mixing either Lavender or Mint Green (started out with 5 "drops" but had since reduced to 3) with 5 loops of Hada-Labo Koi-Gokujyun Perfect UV Gel (this gel has been discontinued since 2017) and 20 drops of Nivea Sun Protect Water Milk Mild. Then I ran out of the Hada-Labo gel and moved on to SaraFit UV Sara Sara Essence, which produced a thicker gel-cream but still set okay. Did the lavender or mint green tint do anything at all for my complexion? Nope ^.^ 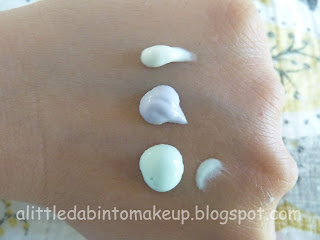 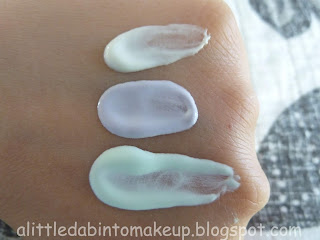 I desperately wanted to like the green version, not just because I have a lot of redness on my face (almost translucent fair skin with a tendency for breakouts will do that), but the tube is so pretty. Unfortunately, I found it hard to apply and it would pill under most make-up. I would still repurchase for no make-up days, but since it is getting colder here, all the drugstores have cleared away the sunscreens other than a very few types. >.<

Awww... sorry to hear the Mint Green didn't work out for you. It only works for me when mixed with other stuff too.

What other sunscreens are you looking for? I just might have it. Sounds crazy, but I could send you some from my humongous stash LOL

My favorite (that I have hoarded tubs of whenever I found some) was the Sunkiller Lasting Base that has apparently been discontinued. I'm hoping I can find a worthy replacement soon.

I hate it when they discontinue good stuff out of the blue. Urgh.

I've seen that one, but considering this stuff used to cost like 600 yen and is only 30 grams, it's not worth it. At some point I'll have to find a replacement anyway. Thank you though!

That's true. I didn't realize it retailed for only 600yen! Those Amazon sellers are such rip-offs!!!

I know! Every time the Pokémmon Center sells something nice, someone buys all the stock and sells it on Amazon for ten times the price. I wish they'd put a stop to that...

You'd be surprised. There are tons of counterfeits on Amazon and it's on you to call them out for it, otherwise they'd just ignore >.<"

Oh, I'm sure there are. But if an official Pokémon plushies is released, sells out the same day and appears on Amazon for five times the price, I think someone bought a whole store full to resell. (And I wish they'd put an end to that because it sucks.)

Wow! I'm surprised the official Pokemon store doesn't limit the quantity of purchase, like how Suqqu and Addiction limits purchases to 1-2 items per shipping address!

You'd think they would! It's really very strange.