Last winter, I was browsing Sephora and spotted this Rainforest of the Sea Quench Squad Hydrating Mini Lip Set with four mini Quench Lip Rescues in the colors Nude, Berry, Rose, and Red (Cherry?). While I was iffy on the formula and pigmentation, the mini paper tubes in super cute prints totally sold me and I picked one up to try, among other things. 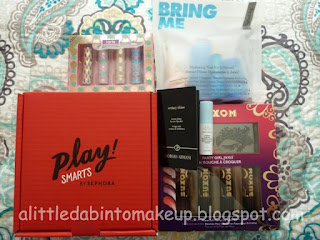 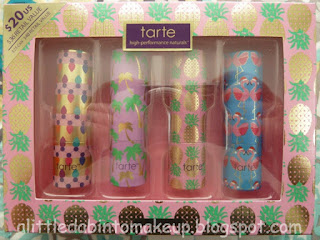 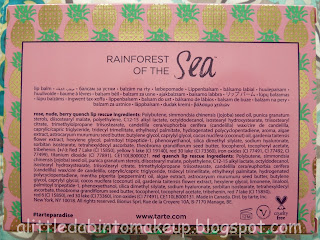 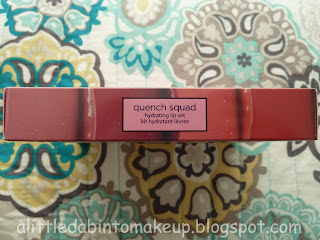 Wow, when they said mini, they really meant it! These tubes are tiiiny, each containing just 1g/0.035oz. of product. The set retails for $20, which means I paid $5 for less than a quarter tube of good ol' Chapstick (4.25g/0.15oz). In comparison, a 24-pack of Chapstick goes for $27 on Amazon. Talk about premium price!

Good thing the formula is great. I like them enough that a few months later when I Julia asked me to pick up something for her on Tarte's website, I went ahead and bought two more of these lippies set, one for her and the other for my sister who also likes sheer lippies. 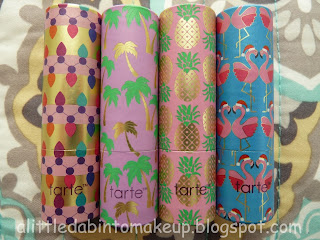 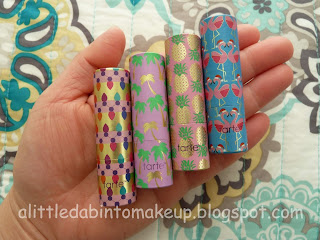 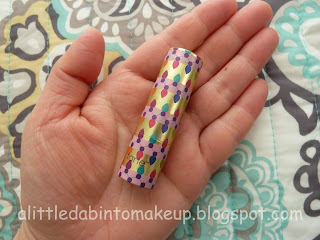 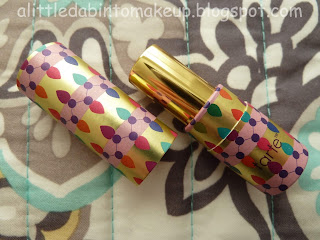 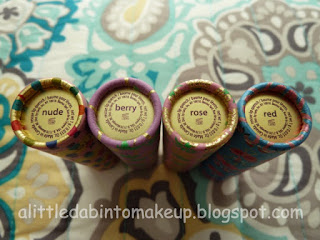 So, the formula. It feels like a super moisturizing oil-base balm, with a thickness that's just right and a buttery but not too melty texture. There's a minty sensation on my lips but not a sweet taste, which I hate. It leaves a lovely glossy finish too. Now that I think about it, it's pretty much identical to my beloved but long-discontinued Victoria's Secret Beauty Rush Soothing Lip Balm, only in stick form and is rather pricey. I don't know about the other colors, but these four are all shimmer-free and are transparent. There isn't much colors at all, despite how it looks in the tube. Even the ones with some color (Berry and Red), the color fades after 30mins or so. So unfortunately, these are first and foremost lip balms which is how I've labeled them below. If you want color, they'll probably disappoint. Would I buy the full size? Yes, with a good promotion ^.^

- Nude: the name says Nude and the stick looks like a nude color, but it goes on my lips totally clear. Funny, because there's a Clear option also, so I wonder why they bothered. 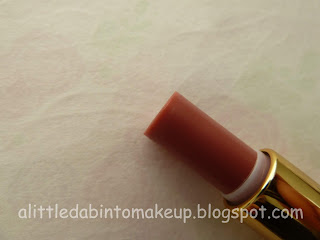 - Berry: my-lips-but-colder ^.^" there's a tint of berry, but since it's totally transparent, when I wear this color I just look...cold, with my lips turning purple hahaha 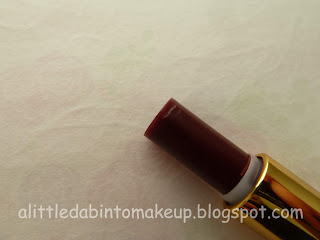 - Rose: this gives the slightest hint of coral, but otherwise is also pretty much clear on my lips. 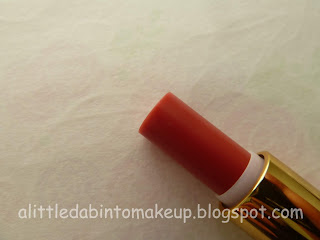 - Red: a juicy tomato red, probably the most pigmented one out of the four. However, this nice red tint doesn't last very long at all. Even without eating or drinking, the color faded to a faint pink after just half an hour. 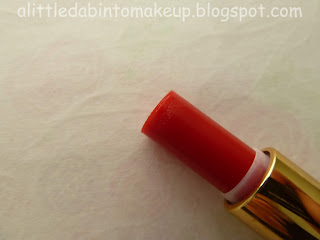 From left to right: Nude, Berry, Rose, and Red. 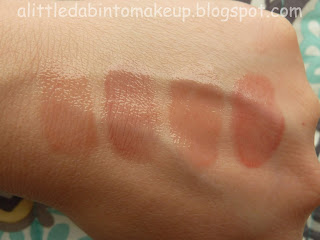 Thank you so much for sending me these and the turtle eyeshadow palette! I have to admit I have not actually tried these yet, they look too precious! I'm also trying to get through some half-finished tubes in my collection so that my bathroom closet doesn't explode. ^^; Maybe I'll distribute these to my various bags though or put them into my uniform pockets? But they're so cute... >.<

By the way, it is finally cooler here in Tokyo, so I think I can send any candy or cosmetics you want on top of the tea I held back for you!

I know I'm two days late, but I just read about Typhoon 19--are you ok?

You're so welcome, and a big THANK YOU to you as well for all the goodies you sent! Is there anything you want from here as well? If not, we can wait a little longer. No rush :)

Thank you for asking! We are fine!

I can't think of anything I might want right now, especially since we are trying to downsize in case we end up moving, but I really want to send you the tea! Or should I wait until I go to Germany for Christmas? Anything you want from there?