Been using this 50mL/1.7oz. pump bottle of Clarins Men Line-Control Balm for several weeks now. Yes, it's actually me who's using this balm and not hubby. I bought it for him of course, but he thought it was too rich and moisturizing and passed it on to me :) 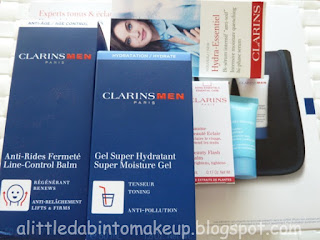 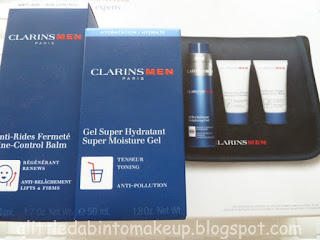 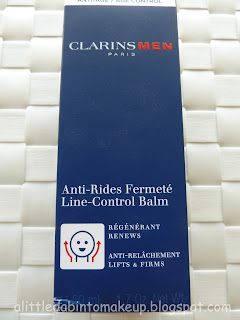 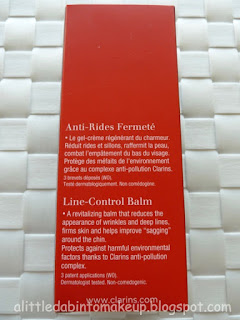 There are two moisturizers in this Line-Control range, a Cream and a Balm. I know hubby doesn't like creams and thought perhaps the balm would be similar to Boscia Sake Balm, as in more gel-like and not balmy at all.

Turns out it's neither gel-like nor balmy but is a cream. Ha. And interestingly enough, the cream is like upon dispense but thickens during application. It's still nowhere near a balm, but it's too rich for hubby's taste and so I got to use it instead ^.^ 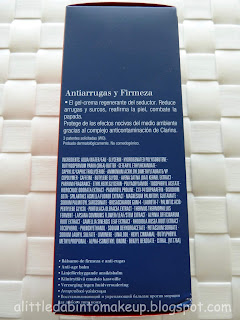 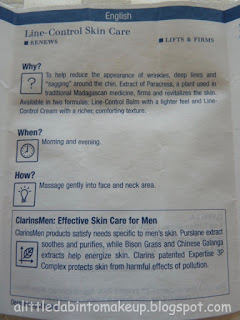 I'm using it as the last step moisturizer in my daytime routine. Occasionally, when my skin feels extra dry, I layer it under the Beauty Flash Balm as per instructions, before the sunscreen goes on. Because it's so rich, I only need to use half a pump each time, and this bottle will likely last me to the summer. It is scented with a fresh but masculine citrus scent, which I don't mind. Will not repurchase. 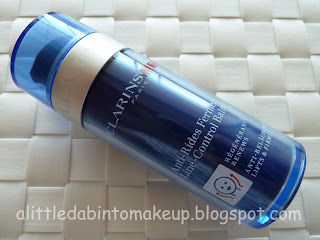 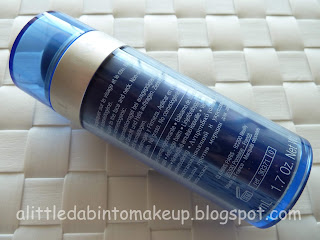