The Laneige Water Sleeping Pack Plus came out may be a year ago and is an updated version of the original Water Sleeping Pack. And when it first came out, let me tell you, like a slippery fish it was more than a little difficult to get a hold of. Well, not difficult at all if you were willing to pay an arm and a leg, but I wasn't that desperate, so stalked Sasa.com for months. They had the most reasonable prices I've seen so far, but the item was constantly out of stock. The moment it comes back into stock, it would sell out again. A whole year later, I finally gave in and bought one from Ebay. Sigh...I guess I was desperate after all.

No pictures of the box, unfortunately. I was so excited I tore into the package and threw out the box before I had a chance to take a picture. Woops. 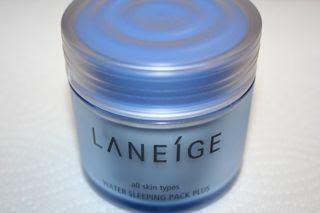 So was this product worth the Ebay desperation? I'd say yes. There are a couple of significant differences between the original Sleeping Pack and the updated Sleeping Pack Plus, so if you are looking at both and wondering which to try, I'd say go for the Sleeping Pack Plus. And by the way, Laneige just came out with yet another updated version called the Water Sleeping Pack EX. I snatched up this latest version as well the moment Sasa.com stocked it, so I will probably review it later in a few months. 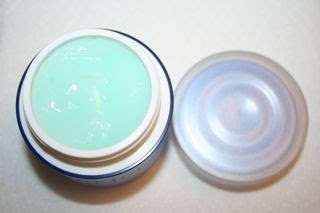 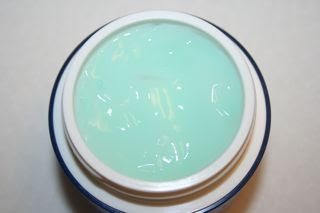 I've been dying to try this and teh strawberry mask by Laniege, but $20 for a pack, when I can get an awesome one from skinfood for $5, it seems like a bit much.
But you made it sound Wonderful!
I am going to have to get it now....

Oh that $20 will last you for quite a while. I've been switching back and forth between the original Water Sleeping Pack and the Water Sleeping Pack Plus for months now (since last fall?) and only barely used up a 4th of both jars! They both will probably last me through this year!