An outdated post here, but prior to our brief home visit, hubby was going crazy craving for some Tex-Mex and so he Googled and found La Salsa is located in Minato Mirai, on the 5th floor of the World Porters building. Off we went with our fingers crossed. 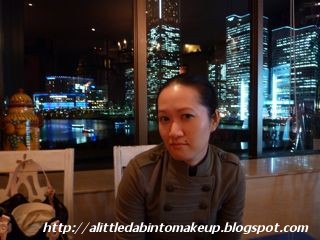 The food was okay. It was spicy, I'll give them that, but it was more like Indian food than Tex-Mex. In fact, the moment we walked into the place, we looked at each other and said, hmm...it smells like Indian food ^.^ Whatever, it smelled good, and we were willing guinea pigs.

Hubby ordered a margarita and it came out in a tiny martini glass, costing a whopping 800yen (~$10)! It was probably the most expensive margarita he's ever ordered. Oh well, at least he said it wasn't too bad. 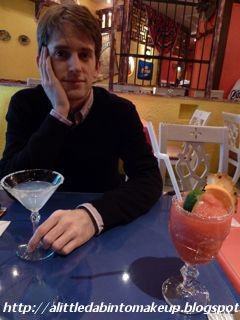 I ordered a strawberry daiquiri, but I wasn't as lucky and mine came out a tasteless strawberry flavored slushy. But hey, the view behind me was awesome ^.^ 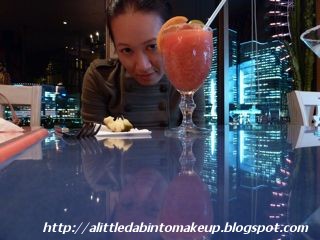 Hubby ordered a combo plate with beef fajita, pork taco, and chicken enchilada. I ordered chicken in red sauce, which was supposedly the spiciest thing on their menu. 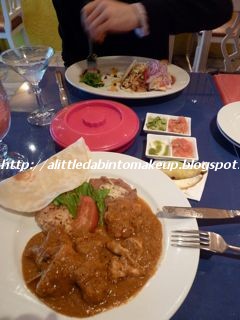 Hubby's beef fajita was fantastic. It was seasoned with pepper and grilled and was definitely Japanese and nowhere near Tex-Mex, but it was really yummy. As you can see, it disappeared before I could even take a picture LOL! 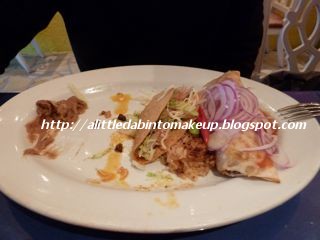 My dish was good too, though it was definitely Indian curry. It even looked like Indian curry ^.^ It was spicy though, and that pleased me. Oh, the refried beans that came with it were good! It was probably the only thing we had that evening that was anywhere near Tex-Mex. The rest was leaning either Japanese or Indian. But overall, it wasn't bad food, just not Tex-Mex. 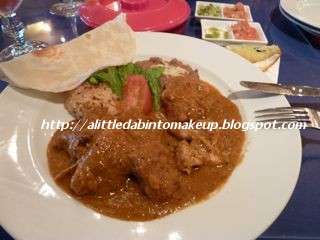