That was my reaction when my neighbor S. texted me about her favorite Mexican joint in Nakameguro (they have 2 other locations in Shibuya and Akasaka too, but Nakameguro is closest to us). Mind you, I don't doubt S., not even for a second. The gal's from LA and she knows her food, at least way better than we do. The last time we picked a random place and crossed our fingers, it didn't work out too well. Whereas S. swears by Junkadelic. She told me when she first found the place, she and her friends went at least once a week until they got poor from all the frozen margaritas!

So we went with S. and her friends on a week night over Golden Week, and we had such a spectacular meal two weeks later hubby and I went back, this time bringing different neighbors, D. and his wife M. D. is hubby's colleague, but since they moved into the same building as ours a year ago we haven't had a chance to sit down and have dinner. It just so happened that hubby ran into M. on his way to Tokyo and she mentioned she was craving Mexican food. Yup, that was that. And oh, remember to reserve your judgement for the food, not the restaurant's exterior. In my experience, the best food is almost always at hole-the-wall places anyway. That's really how it should be!

Hubby, D. and M. in front of Junkadelic Nakameguro. 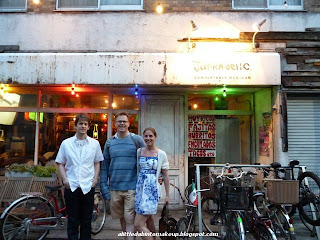 Hubby worships Junkadelic now, that's for sure ^.^ Of course you can find better Tex-Mex in America, but in Japan, this is as good as it gets, and it was pretty damn good! That said, I think the best selling point of the restaurant is not its food but rather its frozen margaritas. My oh my I don't think I've ever had such delicious frozen margaritas! They definitely put a good dent our pockets, ringing in at 1,000yen a (giant) glass (or 4,000yen for a pitcher that can pour about 6-7 glasses), but gosh they were good. So far, I've had the Regular frozen margarita, the Blue, and the Strawberry, but by far the Mango was the absolute best! The yummiest part was the salted glass rim, as it wasn't your run of the mill salt but was instead Mexican chili salt! And the combination of the spiciness, saltiness, sweetness, and the alcohol turned it into heaven in a glass!

M.'s glass of tequila, D.'s freshly arrived Strawberry frozen margarita with the chili salt rim still intact, and my half drank Strawberry with most of the chili licked off (I go for the salt first, the margarita second LOL!), and my almost all eaten Brown Sugar Cheese Cake slice. 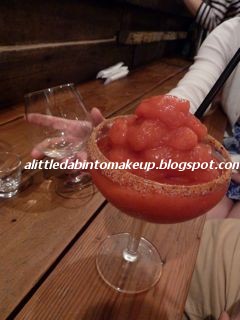 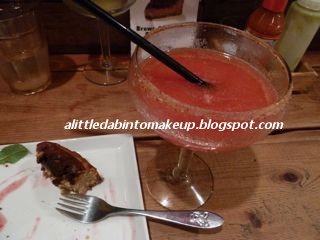 Speaking of chili salt, have you ever had Mexican candies? Our good friend C. is from Mexico, and when we were still neighbors, she used give me lots of the candies she brought from her home visits to Mexico City. She used to laugh at how addicted I was to the chili salt in them! You may think the idea of chili salt in candies is just bizarre, but I freakin' love it!

All the candies pictured are spicy-salty-sweet-tangy combinations of either mango, tamarind, or some fruity flavor. Eating them was like having a party in my mouth, seriously! 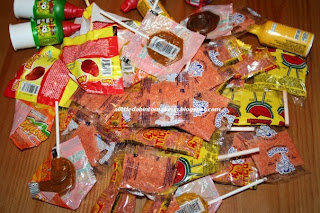 Among all the candies pictured above these are my absolute favorites, especially the square chili salt package at the lower right and the long and thin tamarind flavored chili sugar package in the middle ^.^ 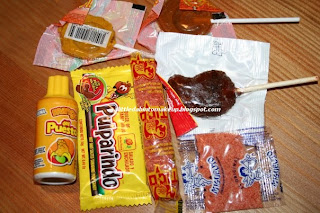 A mango flavored candy, covered in chili salt of course ^.^ 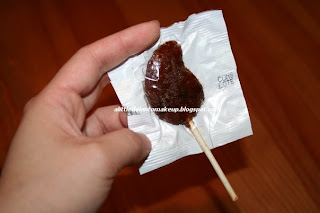 A chewy paste-like tamarind candy that was identical to Vietnamese preserved tamarinds and tamarind candies! I couldn't believe it at first, so I gave some to my parents, and they too were shocked to learn it came from Mexico and not Vietnam! 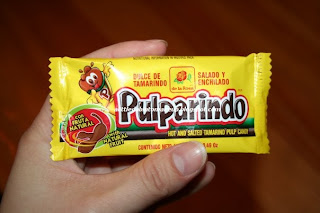 Anyway, back to Junkadelic ^.^ For appetizer we ordered Camarones Al Ajo (shrimps in a garlic chili sauce) to share, which was yummy! For my entree ordered first Spicy Mexican Chicken, which was good (though it tasted better when I was there last with S.) and then a Chimichanga Special, which had a  combination of chicken, pork, and beef. 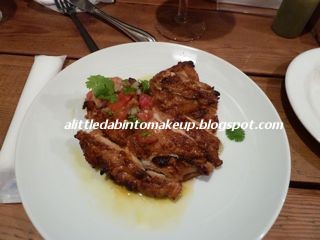 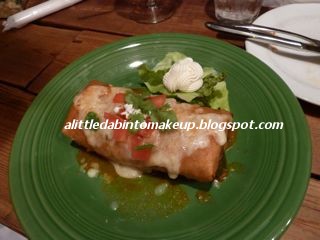 Hubby ordered several things, among which was this Chicken Chimichanga and another Chimichanga Special. He also had a Habanero Vodka Bloody Mary in addition to his few margaritas. D. and M. ordered a Tomato Tortilla Soup, Chicken Burrito, a plate of tacos, and of course a few drinks ^.^ In all, it was an expensive night, averaging about 7,000yen (~$88) a person mostly due to all the alcohol consumed, but was a woozy good time! 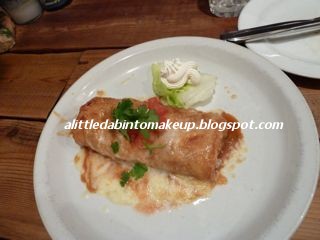 If you ever want Mexican candies, let me know, I've been reading your blog for a while but it's the first time I post! :D Needless to say, I'm from Mexico, lol.

Oooohh...how do I get a hold of some Mexican candies? Are you in Tokyo? If you know of a shop, please do tell!!