After a restful night at Howard International House Taipei, we took a short taxi ride to the apartment building to meet with our landlord. The whole thing was rather nerve-racking since I found the furnished apartment on Craigslist Taiwan. Prior to moving to Japan, at least hubby's institution referred us to our landlord in Yokohama. But going to Taiwan we were on our own and it could turn out very very badly. But thank goodness it didn't. In fact, the place exceeded our expectations and then some! 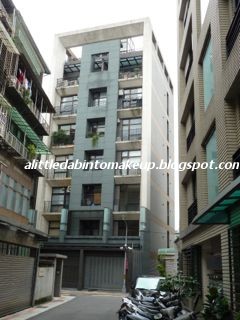 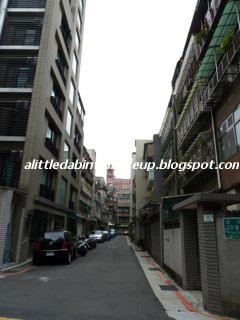 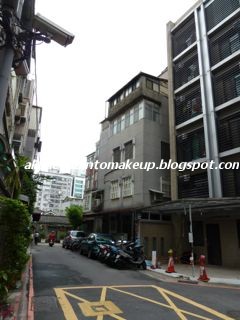 The apartment building turned out to be spanking new and double gated, each with a key scanner that's separate from the actual key to the apartment. Fancy!

Left: front gate with a water fountain.
Right: front lobby with an office manager who's there 8 hours a day, 6 days a week except for Sunday! 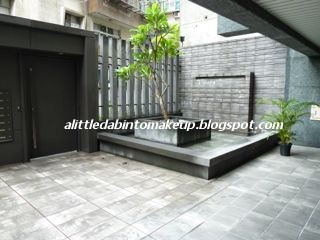 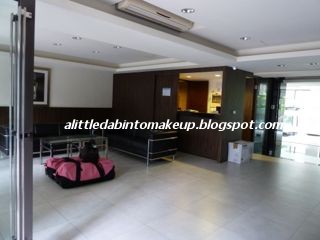 In the back of the lobby, there's even a mini gym! Doubly fancy! 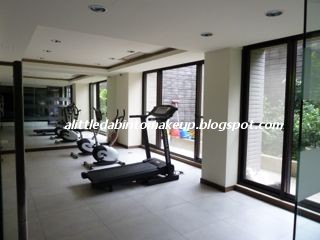 We're only going to be in Taipei for a few months, so I purposely picked a student/vacation apartment with proximity to Shida Night Market, a popular night market (#2 night market in Taipei according to some, with #1 being Shilin Night Market) right in between National Taiwan Normal University and National Taiwan University. I figured with so many delicious things to eat at an arm's reach, there's no point in even trying to cook during our time here.

Left: view from apartment door
Right: the couch is an icky green, so we threw our bed sheet over it ^.^ 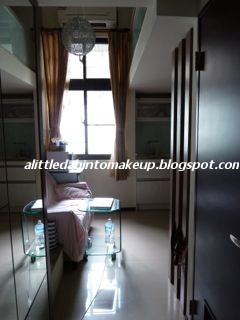 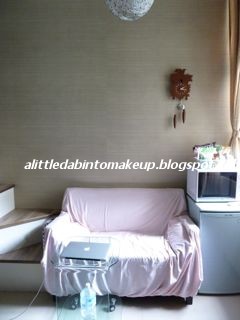 Left: the stairs leading to the loft where the bed is.
Right: the loft has lots of storage space! 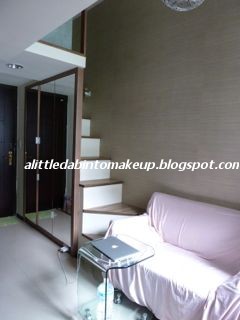 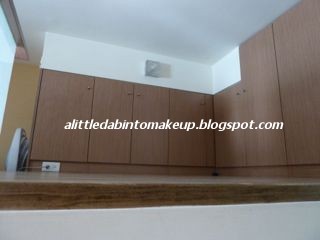 The bed (bug free - yes, we checked it very carefully too!) is an odd size, wide like a queen but shorter than a full. Needless to say our full size sheets don't fit. We ended up using the comforter cover as a bed sheet :X 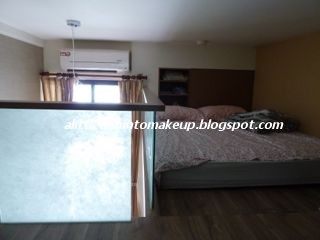 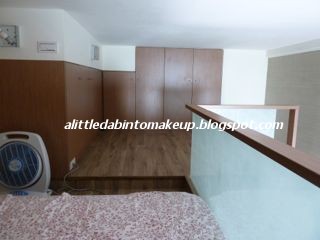 Left: looking down from the loft.
Right: the "kitchen" area. As you can see, here's only an electric eye to heat up leftovers :P The washer/dryer is oddly below the stove. There are several eating utensils, plates, mugs, and bowls. No dishwashers but there's a dish dryer above the sink. No problemo. 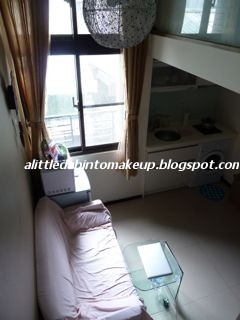 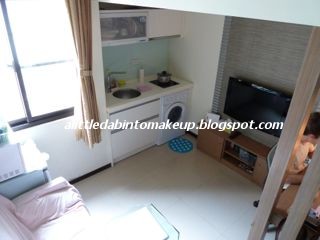 There's a nice TV too, and hubby especially appreciate his seating space at the desk. I'd say the only drawback is that there is no shelves for toiletries in the bathroom, so we have to use the bookshelves above the desk for our toiletries xD 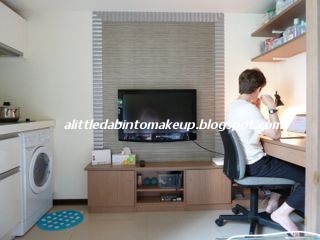 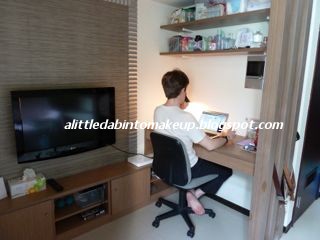 The bathroom could use some improvements, but otherwise it's awesome, a huge upgrade from our bathroom in Japan! 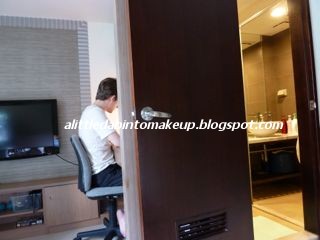 And what improvement am I talking about? Well, the shower is in the same space as the sink. So when you shower, the entire sink area gets soaked. 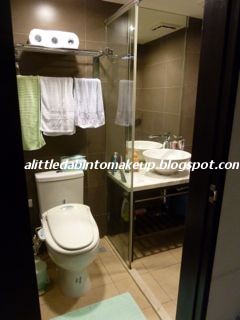 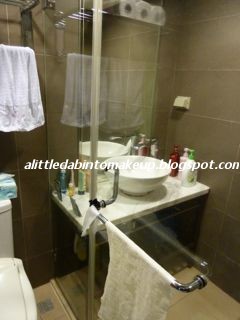 But believe it or not, that's still better than most bathrooms in Japan where space is so lacking the toilet itself in the same room. So when you shower, even the toilet gets soaked. And even then, those tiny bathrooms in Japan are still waaaay better than most bathrooms in mainland China. Hubby said the bathroom in his Beijing apartment was totally wacko. The shower was literally a pipe sticking out of the wall right next to the toilet, with the drain being on the opposite corner of the room. What's worse was that the toilet couldn't flush toilet paper and you'd have to throw them into a trash bin next to the toilet, which also gets soaked when you shower. Gross. And that was an apartment in a new building located in between 2 of China's most prestigious universities! Wow. 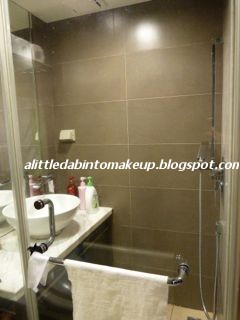 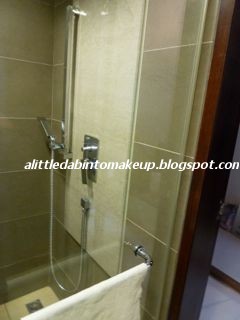 The perfect shower for narcissists, no? Check out that "raining" shower head on the ceiling. Hell yes, I sure can live with this for a few months! ^.^ 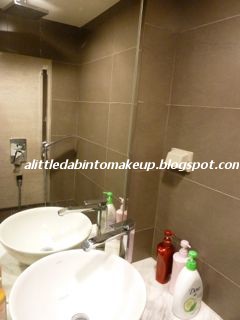 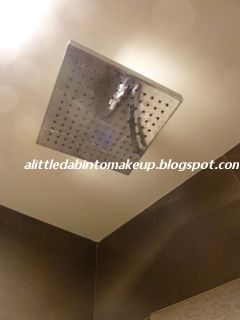 your apartment looks great for the size! tho it is unfortunate the showering area is the same as the sink area. im jealous, i wish i could have an apartment. id gladly take your apartment any day haha

Hubby and I got really lucky with this apartment indeed. I got it through Craigslist TW and although there were a couple of pictures, since I never actually met the landlord or saw the apartment in person, it could have turn out much much much worse than this ^.^ phew! Now that I think about it, that's totally crazy and I probably won't ever do that again LOL!

That is a really nice apartment, a lot nicer than some houses here! Have fun in Taipei, I heard that theJapanese makeup there is a lot cheaper (not to mention those shiseido brands actually go on sale) than the Japanese retail...

Thanks ^.^ we got really lucky with this find!

As for the Japanese makeup, so far I've seen comparable prices with the Japanese retails, actually. May be slightly cheaper, but not that much, not to mention many of them are "different," as in they're made in Thailand, China, or Taiwan and not Japan. The ingredients are slightly altered as well. In fact, the more expensive skincare/toiletries are all emphasized on being "made in Japan" with "original ingredients," hence justifying the high price.

There is an area in Taipei, Ximending, that's touted as as the Shibuya/Harajuku of Taipei where even bookstores carry Japanese magazines and books. I'm going to check it out this weekend to see how the Japanese skincare/toiletries are priced there ^.^ Will put up a post on this later :)