Hubby and I spent our first night in Taipei at Howard International House Taipei since our plane landed at 10:30PM local time, a tad too late to be meeting with any landlord ^.^ We also went with their airport pick up service since we didn't want to have to deal with public transportation, not knowing when the last train/bus stops running and such. Let's just say thank goodness we did, because by the time we got our luggage, it was already 11:30PM and the poor driver had been waiting for 1 hour! The ride (in a poshy Mercedes ^.^) from the airport to the hotel was another 30 minutes, and when we got to our room, it was 12:30AM on the dot! 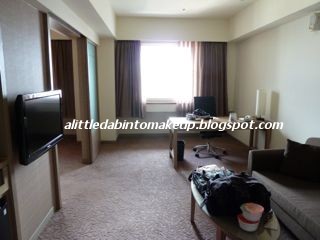 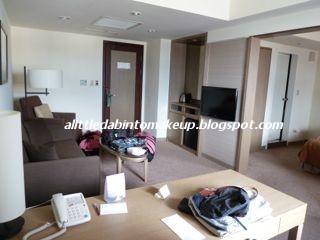 This Howard International House Taipei was among the several hotels recommended by my school, and I picked it solely for its proximity to our apartment. Aside from the pretty pictures on their website, I could only think of the timing and location and left hubby to make the reservation for us via email in since my Mandarin isn't exactly up to snuff (...yet :P). When we got to our room though, we were both pleasantly surprised to have gotten a huge suite with a queen bed ^.^ Not sure how that happened since we didn't exactly pay an arm or a leg both the room as well as the airport pick up ride. 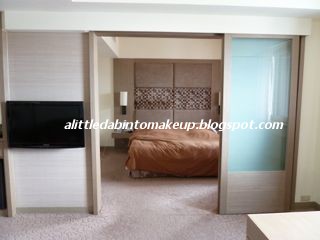 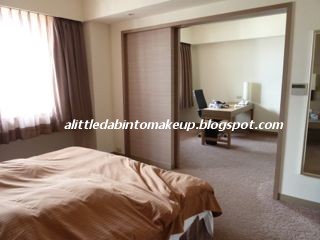 But let me tell you, it was so so so nice to have such a space after spending the previous 24 hours shuffling around airports! We flew Eva Air for the first time, and it was a quite a decent experience, especially when the flight was half full and we got a whole row of seat to ourselves xD Yet even so we still felt compressed and cramped and this hotel room and all its glorious space was a godsend! 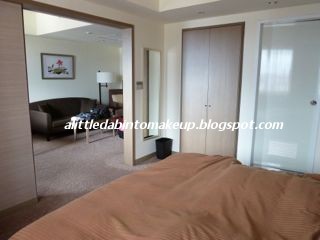 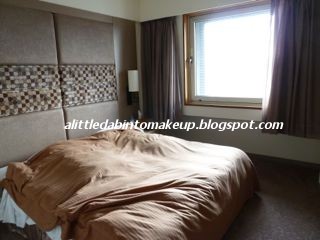 It wasn't just the space we loved. The bed was firm and comfortable, and most important of all, there were no bugs ^.^ We checked very carefully. 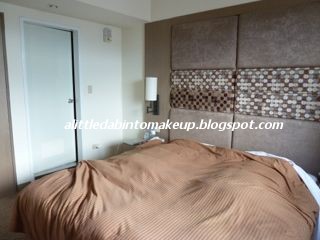 Both the room and the bathroom was clean, well kept, and well lit. 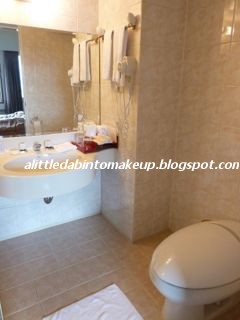 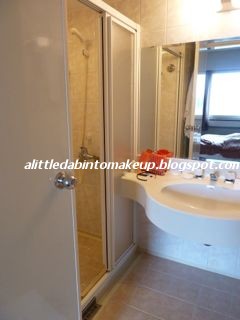 We were on the 13th floor and this was the view from our window :) 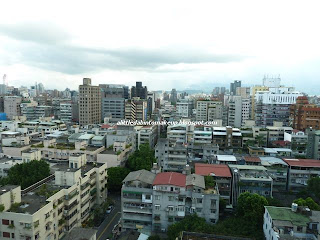 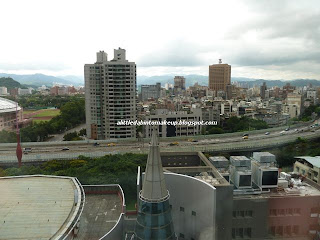 Breakfast the next morning was really decent too. There was a huge buffet with a bunch of local and Western choices. 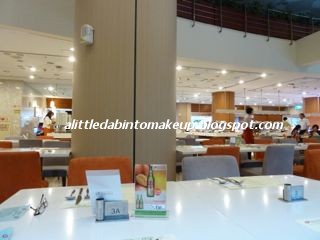 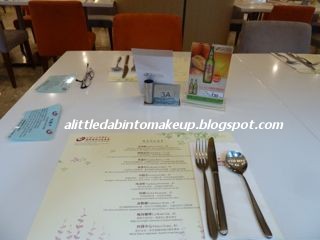 I went for the local stuff since I already had my fill Western style breakfast all my life. I got hot soy milk and steamed bun with sweet red bean paste (anko), although it was nowhere as sweet as its Japanese counterpart. They were so yummy I went back for a second round, this time getting some porridge (粥) with pickled squash and cut fried dough stick (油條), and brown sugar steamed bun (饅頭). 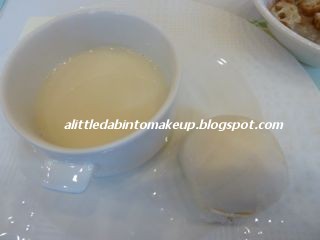 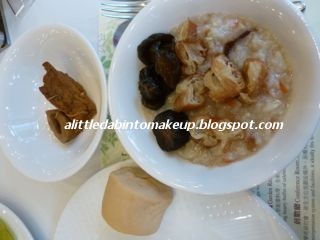 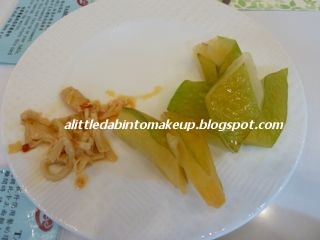