After getting my fill of the delicious Cuban Panini at Tico's, it was gift shopping time. Yes, it costs to travel, and not just because of the travel cost, although still nowhere as costly as Japan where an entire industry is built on gifts and souvenirs (omiyage).

One tried and true gift from town is chocolates from Thomas Sweet. It's hard to go wrong with any chocolate to begin with, but handcraft gourmet chocolates? Yes, please! 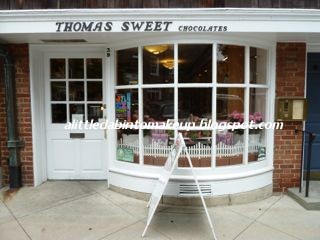 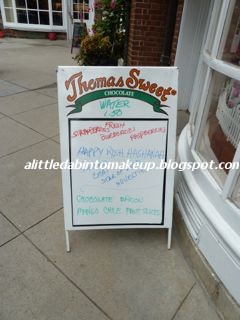 My recommendations? The Coffee Meltaways are to die for. Seriously, to die for. They are milk chocolate cubes with espresso grounds sprinkled throughout. When you bite into the cube, the chocolate melts but the espresso grounds remain crunchy and together, they create this dual texture that's just addictive. There are a few versions, the milk chocolate, which is the Coffee Meltaways, the dark chocolate, called the Espresso Meltaways (I think), and the dark chocolate with a layer of white chocolate in the middle, called the Vienna Meltaways (I think). 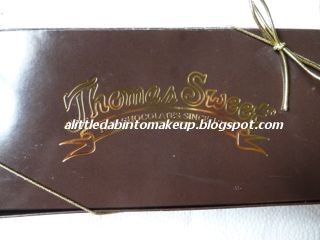 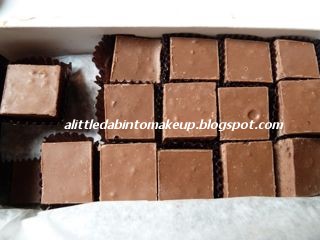 I like the Coffee Meltaways the best because the milk chocolate actually brings out the flavor of the espresso grounds whereas the dark chocolate overwhelms it. For those who like coffee or coffee flavors, the Coffee Meltaways are fail proof gifts and I've given them out to countless people and every single one of them got addicted to them! My sister once ate half a pound of it in one day, and another gal loved it so much she only allowed herself to eat one cube a day to make her half pound box last for as long as it could (I do the same, actually, because if not, I'd it my whole pound in one sitting!). Yes, it is that good. 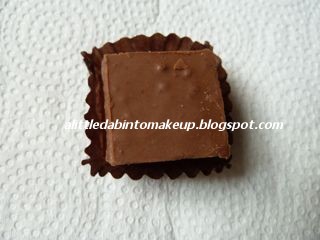 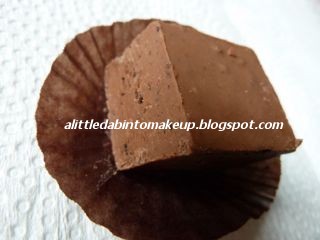 Another item I like from the shop is the dark chocolate poppers that are just a tad bigger than M&M's with various toppings in the middle. My favorites are pistachio and sea salt poppers, although when I asked for both this time around I was told they no longer make the pistachio one because it didn't sell. What?!? Who doesn't like crushed salted pistachio covered in dark chocolate?!? The sea salt poppers are probably the best because the sea salt crystals in the middle crunches as you chew, and yes, the bit of saltiness brings out the dark chocolate flavor. These can be addictive too. Texture, folks, it's all in the texture. The chili pepper flakes poppers are good too, and yes, they are spicy! 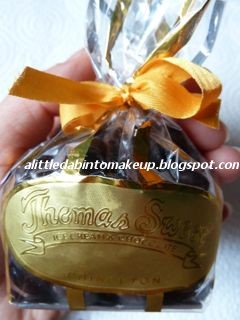