I bought these Maybelline ColorSensational Pop Sticks at a local drugstore when I was in Seattle attending a family wedding. A few months prior, I had read about a higher end version, the Clarins Instant Smooth Crystal Lip Balms, but weren't too thrill about the absurd $25 price tag (really Clarins, $25 for a lip balm? Do I look like a bank for you to rob?). These Maybelline ones are much more palatable in terms of prices, being just $5 each, cheaper if you have coupons and promotions. Even then, $5 was still a bit higher than what I would pay for a lip balm. Yes, I'm cheap like that, because I know I can get better for less, like the better-than-expected Sephora Hot Hues Neon Lip Balm I got for a mere $3! 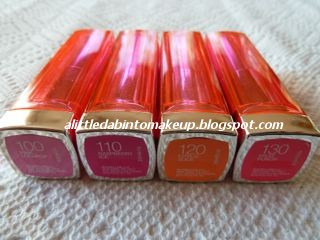 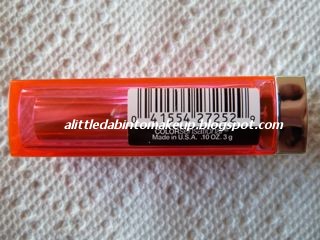 So how do these compare to the Sephora Neon Lip Balm? Well, the tube is larger and feels more plastic-y, not to mention that attention-grabbing clear neon hot pink cap. All 4 colors are scented with the same sweet fragrance that has some vanilla mixed in with a tropical fruit punch like scent.

There are similarities too, like the waxy texture in addition to having no taste (phew!), and the fact that they are not particular hydrating or moisturizing either ^.^ Like the Sephora Neon Lip Balm, although they go on the back of my hand a very sheer pink, practically clear, they gradually deepens on my lips and all 4 leave behind a nice similar pinky stain. That said, the pigmentation of the stain varies between the 4 and generally isn't as bright or long lasting as Sephora's. But hey, they're super cooling looking though ^.^

- 100 Pink Lollipop: it looks a transparent pale pink, but it stains a brighter pink! 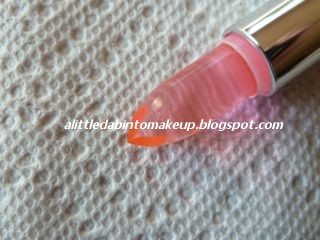 - 110 Raspberry Ice: a totally deceiving name since the lip balm itself is a transparent orangey coral. It too leaves behind a bright pink stain that's the 2nd most pigmented out of all 4. 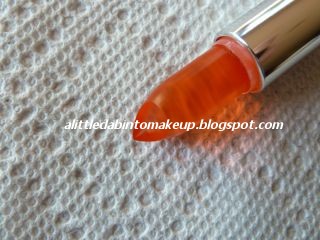 - 120 Citrus Slice: a gorgeous transparent tangerine orange, but unfortunate the pink stain it leaves is sheerest out of the 4. 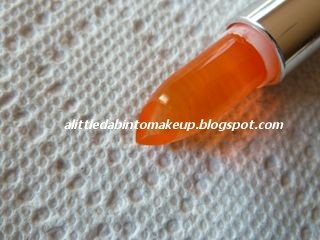 - 130 Fruit Punch: another deceiving name, as the balm has more of transparent raspberry color. The stain it leaves behind is the brightest and most pigmented out of the 4, more or less comparable to the stain from the Sephora Neon Lip Balm. 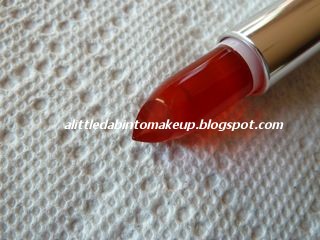