When I started trying Lunasol, I limited myself to quints+ only, because I find that quads don't provide me with enough options to blend and mix, because I prefer variety. And then I spotted this Lighting For Eyes in 04 Neutral and had to make an exception. Yeah, yeah, what else is new? ^.^" 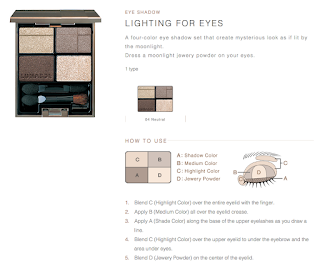 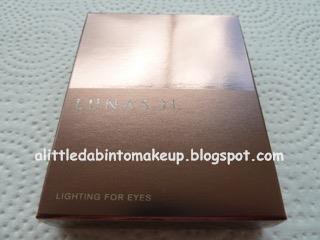 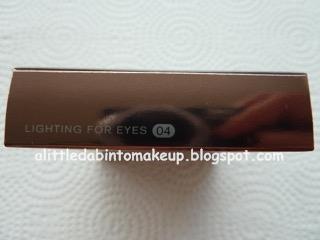 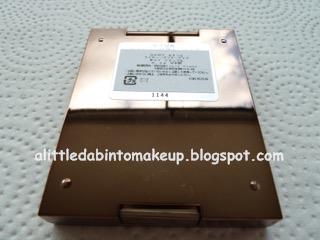 I can already hear your thoughts, "What? More neutral taupe palettes? Booooring!" And on the first glance, it indeed looked quite bland and I was underwhelmed. But I wore it for the first time last night and it turned out better than the 15th Anniversary Summer Eyes EX02 Cool Beige Collection! How's that for a surprise? ^.^ Towards the end of a warm night when my makeup usually dissolve into a blurry mess, this colors didn't melt but instead blended together into a really lovely gradation that I couldn't achieve during application. Perhaps the heat and my oily lids have something to do with it? Perhaps it was the eye base (Canmake Lasting Multi Eye Base, will review next)? Either way it ended well, so I went from being underwhelmed to, oh, hmm, it's not so bad after all!

Texture wise, it's still not buttery like Vivid Clear Eyes (I'll be singing those palettes' praise for a while so...) but it's better than the 15th Anniversary Eyes. The softest and smoothest is the lid shade at top right, then the liner shade at bottom left. The sparkling top wash at bottom right is slightly gritty due to the mother load of shimmers, but somehow it's still softer than the base/highlighter, which I totally didn't expect. Funny enough the finish is better than 15th Anniversary Eyes also! Both the base/highlighter and lid are semi metallic with a brushed metal sheen, a bit too shiny to be satin but not shiny enough to be fully metallic. The sparkling top wash is metallic and super sparkly without being garish or glittery. Overall, it's a very nice palette but is still basic neutral taupe. So if you can get a drugstore equivalent for a better price, and chances are you totally can, you should probably go for that instead. 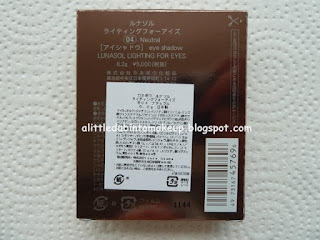 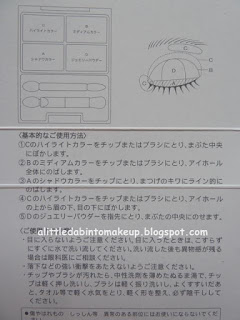 Clockwise from top left:
- Base/highlighter: semi metallic, low intensity. A semi translucent beige champagne. This is supposed to be a base/highlighter, but I applied 2-3 layers yesterday and it was perfectly pretty on its own.
- Lid: semi metallic, medium intensity. A semi translucent taupe. I didn't follow the instructions and only wore this color on the outer corners, and there it added a nice depth to my Asian eyes ^.^ Likey!
- Sparkling top wash: metallic high shimmer, low intensity. A taupe-tinted silver that's almost completely transparent. But when seen from an angle, it gains some opacity and a glistening wet, metallic sheen. Very pretty! I know it looks like it'd have huge glitter chunks, but nope the shimmers are finer instead, there are just lots of it ^.^
- Liner: shimmer, high intensity. Looks bitter chocolate in the pan but goes on me a blackened taupe. Makes a great liner! 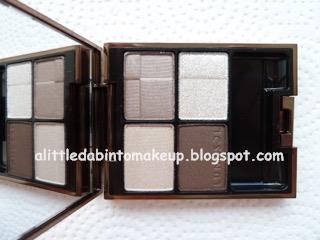 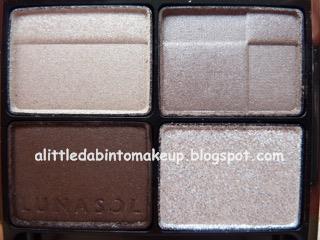 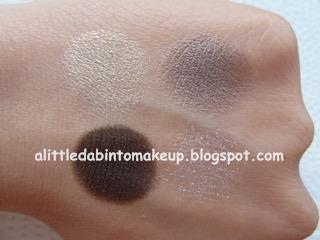 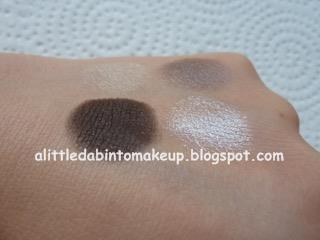 I love this kind of boring taupe! Well, I will probably not get this (saving pennies for that purply brown one for fall, hopefully won't be a fail). It's nice (for me, hah!) that you tried so many so I just go for the one I am interested in plus you raved about!

Yeah, this palette is nice but too basic to spend big bucks ($38 is a lot to spend on eye shadows for me, which is why I hate my Lancome Color Design palettes, overpriced AND crappy, bummer!).

Which purply brown one are you thinking of?

It's from the new chocolate themed collection that's not out until August (so I didn't catch the name or even promo image)i hope it would be like nars Tokyo but with better texture/sheen.