Three years after getting the freebie 20mL travel size of Oshima Tsubaki Hair Water, I finally bought the 180mL full size, among a couple of other things (Nivea Premium Body Serum and ABS Tsubaki Abura 100% Camellia Oil, will review next). 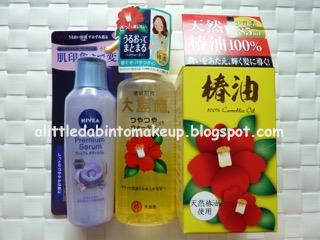 I have to say this hair water is definitely better than the competing (Shiseido) Tsubaki Tsubaki Water! I use them both the same way: just one single spray on wet hair right after the shower, towards the end-tips and not the roots or anywhere near the scalp, because I have an oily scalp.

This Oshima version is unscented, and it's much lighter and keeps my hair much less oily. Whereas the Shiseido Tsubaki version is heavily perfumed and gets my hair oily the very next morning. Enough said. 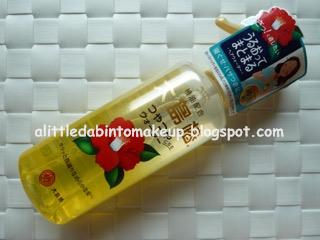 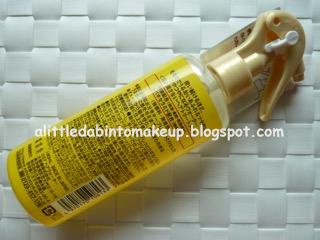