Since falling in love with Stila Lip Glaze Sticks back in October, I've been hunting down backups for the colors I love as well as exploring new colors - Apricot, Orange, and Grapefruit.
All pictures taken in natural light without flash. 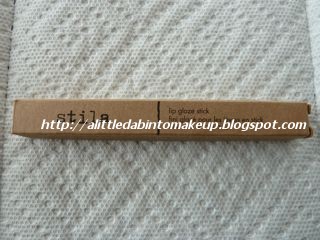 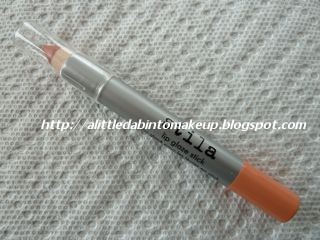 I've been using all my Stila Lip Glaze Sticks nonstop for the past few months! The only downside I can see is that the pigmentation level varies. The Plum, Blackberry, and Orange (review below) colors are pigmented and their colors really pop on me. The rest range from translucent to super sheer, though I love them all the same because the formula and texture remain consistent regardless of pigmentation. All the colors are consistently buttery soft and smooth, moisturizing, and they last for quite a while on my lips, which is impressive given they're in pencil form.
Orange 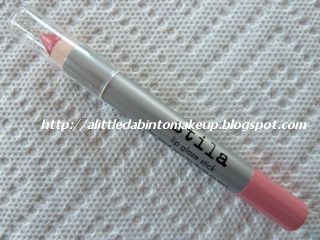 - Apricot: this color swatched a shimmery pinky peach but goes on me a sheer sparkling nude. Pretty, but not a color I often wear so I probably won't get backups for this. 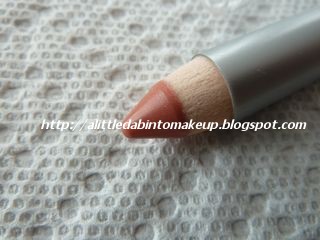 - Orange: now this is a true beauty. It looks a potent orange with gold shimmers in the pencil but goes on me a translucent but pigmented reddish coral. The gold shimmers didn't help the orange on me at all! On the other hand, on Citrine it remains a shimmery golden orange with a tinge of red! Love it! 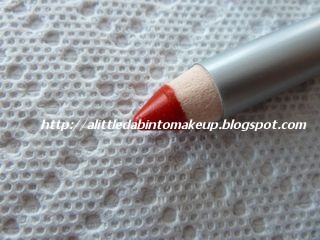 - Grapefruit: this swatched a sheer shimmery pink, but goes on pretty much a completely sheer wash of sparkles barely a hint of pink. I still like it either though as it's very feminine and not in a girly tweeny bopper kind of way. 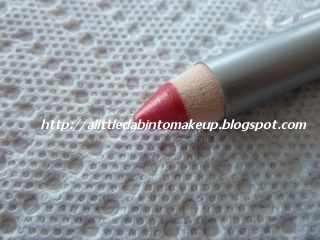 From left to right: Apricot, Orange, and Grapefruit. 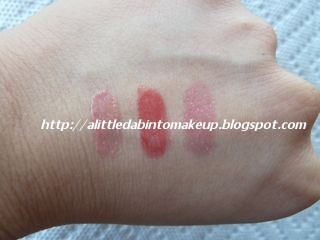