My Walk To School

Just thought I'd share with you my daily 1+ mile (~1.8km, each way) to and from school with you ^.^ It's been cloudy and rainy for the first couple of weeks I've been here, September is peak rainy season apparently. And then this glorious sunny day with clear blue sky came out of nowhere and I just couldn't resist snapping away. This really is the walk *from* school instead of to school, because I was in too much of a hurry to stop and take pictures in the morning :P

Let's start at my school, Chinese Culture University (中國文化大學)'s Mandarin Language Center located in the Daan district of Taipei. I pick this school over some well known ones in the vicinity because I'm studying Mandarin out of pure interest, rather than for academic (or even work) reasons. I'm not new to the language. It was my college major and one I haven't used for a decade (my work has absolutely nothing to do with either of my degrees, ha...), hence this schooling is more of a fun "refresher" and I sure don't need to torture my brains with Mandarin bootcamp for a second time. 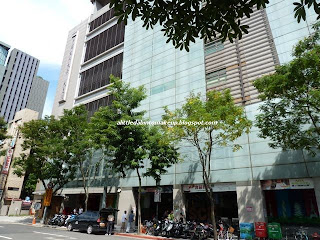 That's not to say MLC isn't a serious language program, it's just not academically geared like the more "traditional" (and distinguished, I should add) Mandarin Training Center at National Taiwan Normal University (國立臺灣師範大學). If fact, several of my classmates transferred to MLC from MTC, they themselves are full time students at NTNU and NTU. I did a lot of research prior to applying to MLC and my classmates' transfers only confirm my choice ^.^ Oh, and the cherry on top is the affordable tuition - it's half of what I paid for Japanese lessons in Yokohama (also with an excellent school where I was taught things hubby never even heard of, and he studied at the supposedly most famous and prestigious language program in all of Japan!) :P Take that.

The peaceful Daan Park, across the bridge that is the elevated Jianguo South Road from the MLC building. 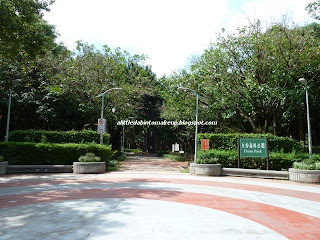 I'm really enjoying my study so far. My class is small, there are only 6 of us, and my teacher is fun. Even more fun is that I get to take an introductory Taiwanese class as an elective. Man oh man Taiwanese is such an awesome language! My Taiwanese teacher is a riot too and he's so funny the class is roaring with laughter half the time. Humor sticks very well with me and just walking down the street I now pick up bits and pieces of Taiwanese here and there, which makes me feel totally bad ass (which I'm so not...).

Every day I walk along this shaded side walk that is the southern border of the park. 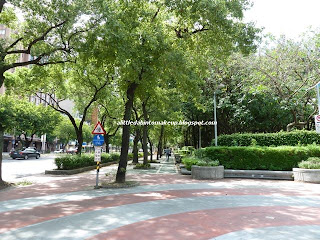 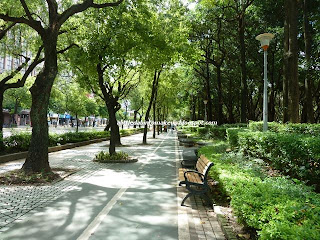 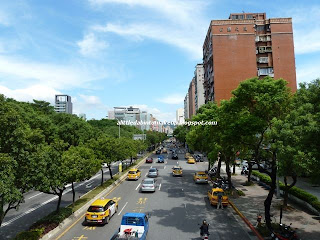 Here I'm looking in the same direction, towards school on Heping Road, only from the far side of the raised walkway. 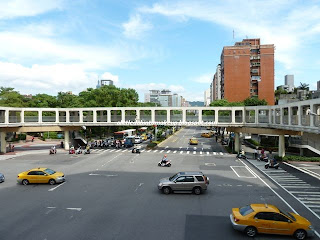 Xinsheng South Road in both directions. 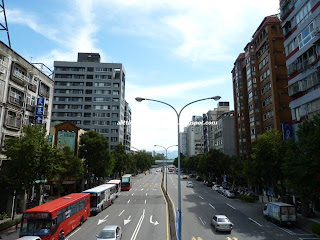 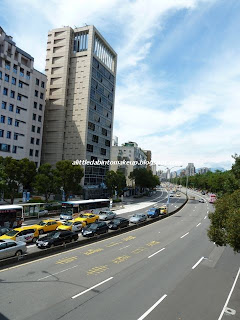 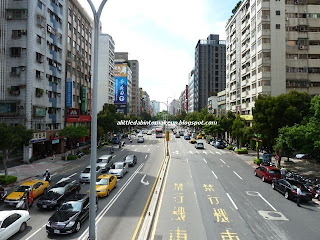 Same direction, looking towards home from Heping East Road, only on the far side of the raised walkway. 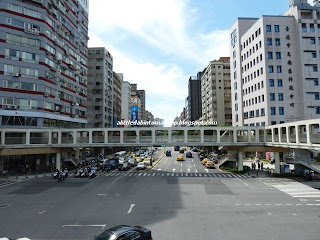 The opposite corner of the southern border of Daan Park. 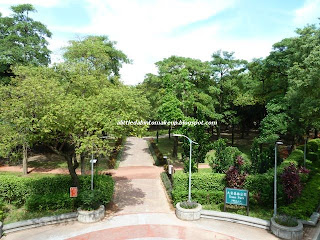 After the park is the National Taiwan Normal University campus, or Shida (師大) for short. Here I'm looking in the direction of the Shida Night Market (will post next), which is just across the street! 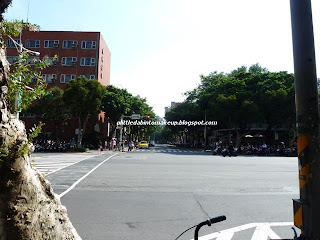 I'm not sure if this is the main gate of Shida, but it sure looks "official" ^.^' 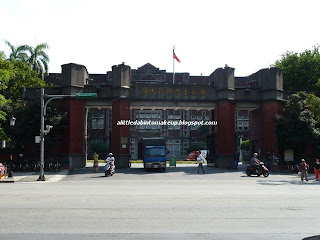 After Shida is the intersection of Heping East Road and Jinshan South Road, where hubby and I stop to get breakfast every day at this little shop (will post pictures soon). 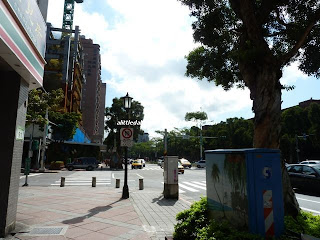 Traffic on Heping East Road, one of the major roads in Taipei. 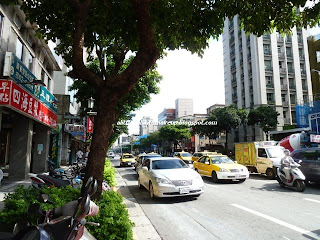 A 3-way intersection to the left of my alley. 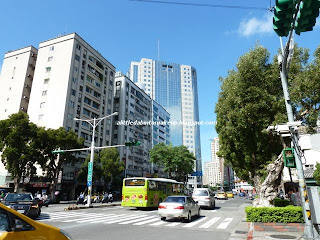 The intersection of Heping East Road and Roosevelt Road, coming straight from my alley. 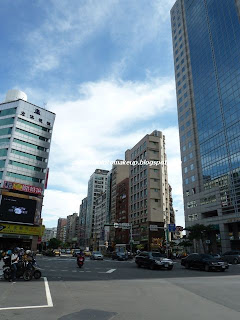 All your photos make me miss Taipei so much! And I totally agree, Taiwanese is a really cool language- wish I could speak it, but all I can do is listen to my mum scream at her sister in it :) haha

The gorgeous weather really comes across! Would be fun to learn Mandarin at the school some time.

Cool! How long did you live in Taipei? But if your mum still lives here (I'm guessing) you can always visit, right?

Yes, and I was told it's going to be like that for most of October and November ^.^ I'm so ready for some drier days!

Hi! I can't figure out how to send you a private MSG, so am commenting here. I'm from CA and just moved toTaipei and am studying mandarin at Shida, was wondering whether you would recommend your place and whether you would be willing to share your landlords number? If you know how to send me a private message, please respond that way.

I posted about my apartment here with pictures - http://alittledabintomakeup.blogspot.com/2012/09/itty-bitty-apartment-part-ii.html

That said, it's no longer available as someone else took the place a month before we even moved out ^.^ I'm not sure if the landlord has any other locations and/or units in the same building, but if you want to leave your email address (spell it out to avoid spambots, you set your profile to private so I can't view it or send you a private message either), I can forward you his email address.