Do you like cKone? Enough to bathe your face in it? If so, you'll love Catena Collagen Protein Wrinkle Removing & Moisturizing Mask. Otherwise, stay far and away! 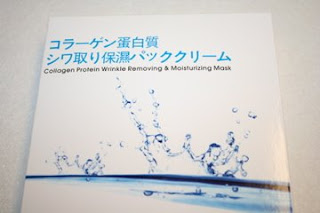 I don't know much about the brand Catena as I can't seem to find any information on it except for the fact that it's readily available in Asia, especially Hong Kong and Singapore. If anyone has any idea, please do point me in a direction as I am curious as well. 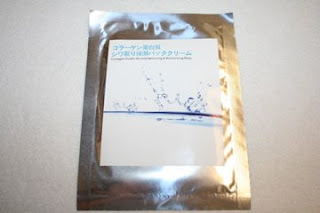 To be honest, I don't hate cKone. It's beautiful on hubby because he could bring out the citrus notes in it. Just that the idea of spritzing it all over my face isn't exactly...cool, and that's my biggest complaint with this Protein Wrinkle Removing & Moisturizing Mask - it's heavily perfumed, and I don't just mean it's scented, it's perfumed, and with a fragrance identical to cKone. If you're a big fan of cKone and are into the fragrance, soap, lotion, deodorant, the whole nine yards, no doubt this sheet mask will complete your collection. But other than that, ick. Whose idea was it? *Smack!* BAD idea. BAD.

Other than the smelly issue though, it was an okay treatment mask. The sheet mask itself was well cut and I didn't have to fumble with it much to get a fit application. While I can't vouch for the "wrinkle removing" part, the mask was moisturizing and I didn't need extra moisture after the treatment. My skin did not react to essence, which is always a good thing. Overall, it was an average sheet mask, however, I wouldn't repurchase solely because of the whole cKone thing. Too '90s :D
Posted by D. at Wednesday, September 03, 2008