I stopped using the Komenuka Bijin Eye Moist Jell as soon as we hit the road because it just wasn't enough for the severely dry and cold weather we encountered during our move. Instead, I turned to this 0.20oz./6g deluxe sample jar of Lancome Absolue Eye Premium BX I received as a part of Nordstrom GWP in fall 2012.

The Lancome Nordstrom GWP fall 2012 also came with a huge 4.2fl oz./125mL deluxe sample bottle of Tonique Confort Comforting Rehydrating Toner and yet another 2fl oz./60mL deluxe sample tube of Creme Mousse Confort Comforting Creamy Foaming Cleanser, both of which will probably go to my mum now because they're not working so well for me anymore, at least not here in SF. I can use everything else though, well, except for the mascara, which already went to my mum ^.^ 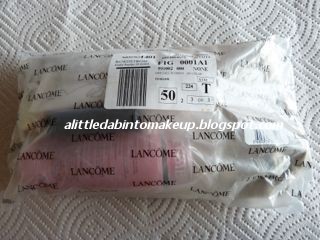 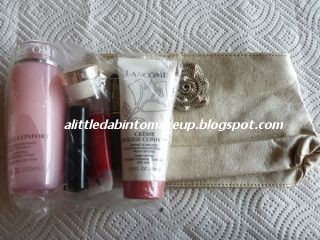 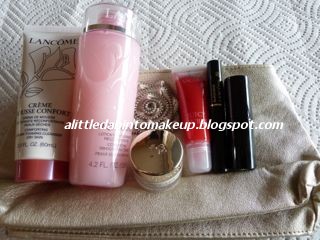 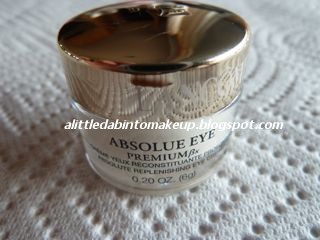 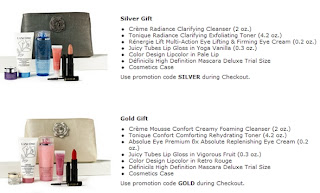 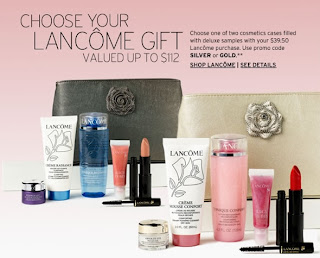 
Anyways, I expected the Absolue Eye Premium BX to be much thicker, but it turns out to be rather light, almost like a gel cream. It goes on somewhat fluffy and absorbs completely, leaving behind no traces of greasiness. It works well underneath my sunscreen and does not melt it, so I'm very happy to have something more substantial for my eye area during the day. That said, I tried using it at night also and, well, it is too light and I need a heavier night treatment after all -.-' I guess I can't expect to have a double-duty eye cream when my skin is freaking (and flaking) out like this. Sigh... 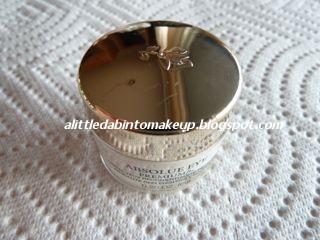 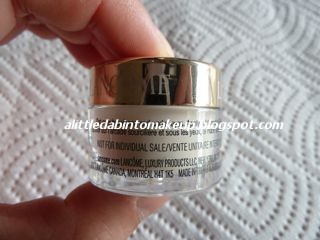 You will be happy to know that unlike many other Lancome skincare products (I've used several), this eye cream is unscented. I'm not entirely thrilled that they put fine shimmers in it though, and it reflects a pearly sheen when viewed under a direct source of light. Overall, I do like it a lot, but I would never drop $95 for the full size jar. Hell, this little one is going to last me for months and I can already foresee myself getting bored of it! Still, it is a super generous GWP and I totally recommend looking out for a similar promotion to try something else more pocket-friendly at Lancome. 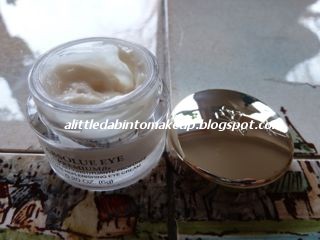 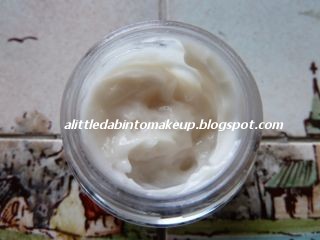