Want to get these food posts up too lest I get too distracted and forget about them!

I went back to Yu's Almond Tofu rather frequently up until we left. I just couldn't get enough of their almond milk shaved ice! And then one night, I worked up the nerve to branch out and tried the old style breakfast almond milk with almond jelly in it. It was served warm and oh my I loved every bite of it! It was mildly sweet but was warming and soothing, especially when the weather was cooling down a bit.

Still like the almond milk shaved ice better, but I was glad to have tried something else too. Every subsequent visit thereafter I ordered both the shaved ice and the breakfast milk with jelly LOL! 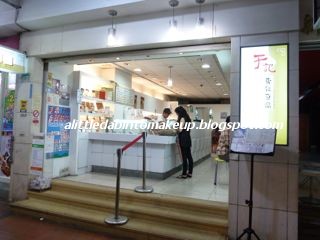 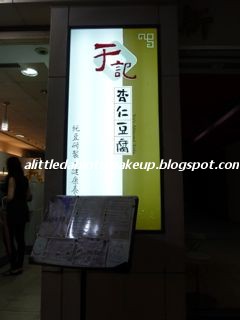 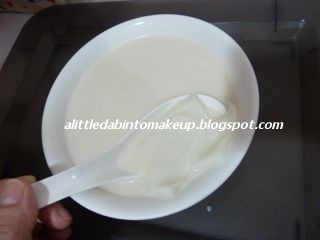 One door from Yu's Almond Tofu and literally the very shop one will see upon exiting Ximending Station Exit #4 is Tanaka Bakery, specializing in cream puffs with a nugget of cheesecake inside! Although they sell other things, it's quite obvious they're most proud of this creation because on the wall column right outside their shop there's a giant picture of the cream puffs ^.^ 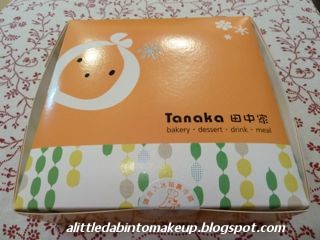 The puffs come in 2 sizes, a regular size sold individually that is big enough for 2, or even 3, to share, and this mini size you see here only sold in a box set of 9 different flavors. Apparently these box sets fly off the shelf because hubby and I visited the store several times and each time they had sold out of them. And then one week before we left, it was a chilly afternoon and the sky was pouring, we happened to be in Ximending and I thought, hey, it's raining, let's see if Tanaka still have some of those mini puffs left since people might be too lazy to come out in this rain! Sure enough, they had exactly 2 boxes left, which goes to show I was only partly correct and not everyone and their sisters in Taipei are lazy to come out for food in the chilly pouring rain. Ha... 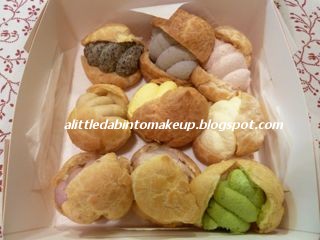 I only had room for 4 at a time, so here goes those 4. The rest I didn't have time to take pictures of when I ate them. Sorry!

From left to right: mango, coffee (my favorite!), strawberry, and matcha. 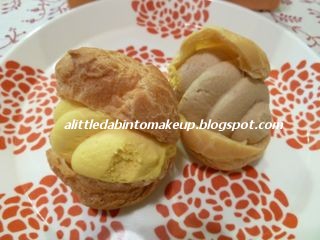 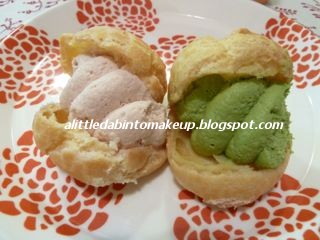 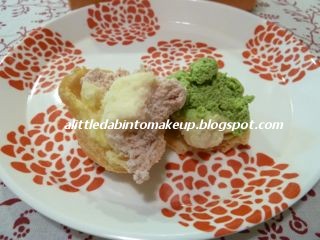 Calcutta Indian Food was an online recommendation we took during hubby's Indian food crave towards the end of our Taipei stay. We actually found its old location, only to be redirected to the current location in the basement of the Wannian Commercial Building, about 10 minutes walking distance from Ximending Station. 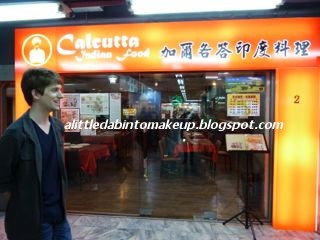 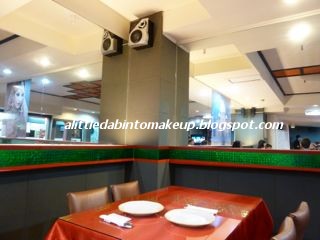 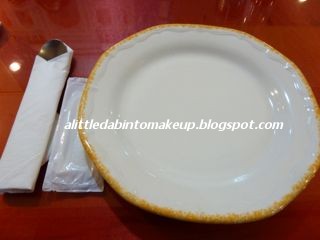 Let's just say I really wished we had found this place much sooner, because it was fantastic in addition to being much more reasonably priced than the other several Indian restaurants we'd been to! The curries were delicious, thick, satisfying, and they didn't hold back the heat when I asked for it, which always impresses me. I really hate it when I ask for my food spicy and it comes out barely minty, as if the chef doesn't think I can take it and "went easy" on me.

Me, hubby, and J. loved our meals, much so the week after J. brought her vegetarian fiance back and they both had a blast! 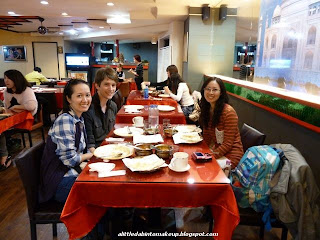 J. ordered vegetarian, hubby went vegetarian that night too, ordering his favorite lentil and another spinach and cheese curries, and I was all carnivorous as usual, ordering my favorite Chicken Tikka Marsala and another super spicy curry with ground chicken, I forgot the name though. I got both of my curries with high heat (大辣) and yowza, it was spicy! I could probably take some more heat, but that would have ruined the taste of the curry, but I was pretty darn pleased with the heat level they put in my curries that night. So you bet I recommend this place. Give it a try when you're in the area! 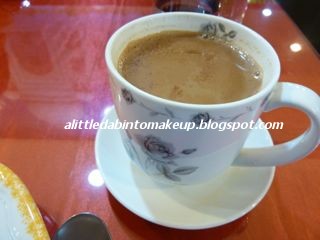 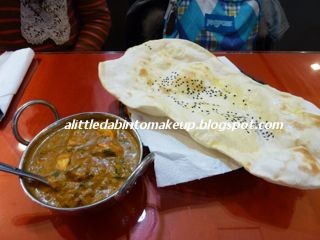 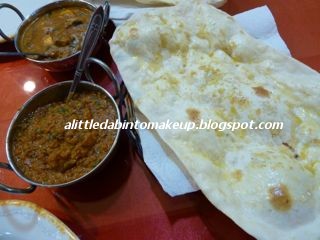 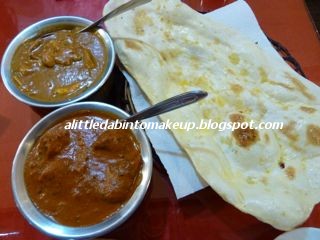