A good decade after trying the Cetaphil Moisturizing Cream, I finally, finally tried the Lotion version. I got this giant pack of two 591mL/20fl. oz. pump bottles plus a 118mL/4fl. oz. travel size from Costco and am already half way through one big bottle, with hubby's help of course. 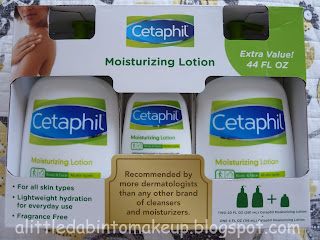 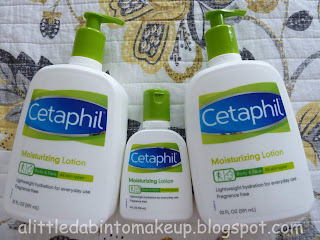 I really liked the Cream version but got so, so sick of it after a few years of using the giant 453g/16oz. tub. In the end, I gave away my tub still half full and didn't go near Cetaphil again until now. Even then, may be after this bottle I'll have to take another decade-long break. Ha. ^.^" 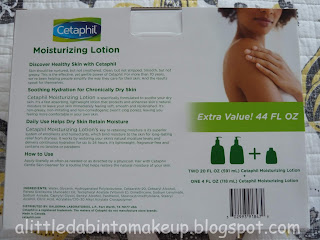 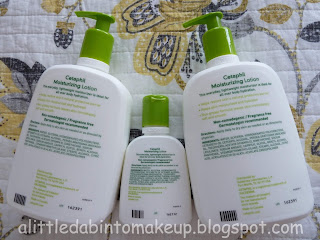 So far, this lotion has been great! This version is lighter than the cream, of course. I think it's even lighter than Aveeno Daily Moisturizing Lotion, and more moisturizing too. It's been much colder and drier these days and my feet had begun to dry and crack up. But for a few days, I put this lotion on right after my nightly shower and again when I woke up in the morning and all the dry cracks are gone! Now I just put some lotion on at night and I'm all set. Same thing with hubby's feet. He's been lazy and haven't been taking care of his feet and they're in bad shape, but a few nights with this lotion on under the socks and his feet are all healed up! Pretty amazing! 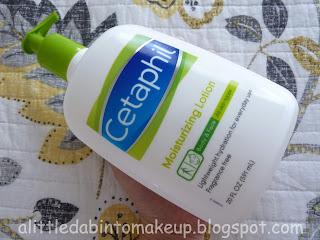 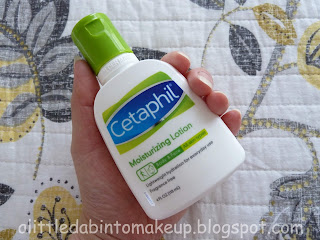 I would say the only thing about the lotion is that does leave my skin feeling somewhat damp for a while after applying. I can see how this might bother some folks, but since it's super dry where I live so it doesn't bother me a bit ^.^
Posted by D. at Sunday, October 28, 2018