Several months before my little one came along, I'd stopped using my jar of Boscia Sake Balm even though it gave me amazingly smooth and slick skin. I was afraid it might affect the tiny one in my tummy then--silly, I know, since I'd been using the stuff for 2-3 months into the pregnancy already. Ha. It wasn't like I slathered this stuff on all over but still, I stopped using and the rest of that jar dried out.

Now that baby hasn't been attached to me by a cord for 19+ months and hasn't nursed for more than half a year, I started on a new jar I picked up during a Boscia sale. I don't see this balm on their website anymore, by the way, which might mean it's been discontinued :(

Sorry, these pictures of the jar are recycled from the previous post. It looks exactly the same as the previous so I didn't bother photographing the new one ^.^" 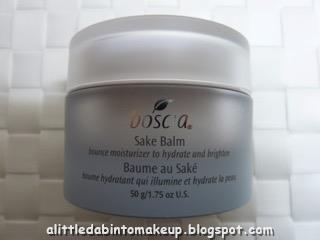 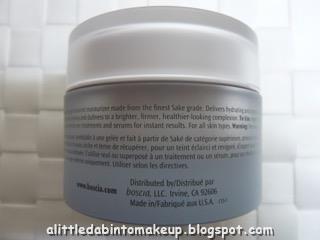 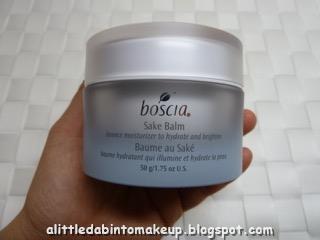 Why did I go back to using this? For one, the CeraVe Moisturizing Cream left my face chapped, flaky, and bumpy. Mixing two drops of Clarins Booster helped relieved some of the chapped and flakiness but the bumps remained. Plus I didn't want to keep using the Booster every night--it's not meant for daily use over a prolonged period of time anyway. So I moved on to Estee Lauder Nutritious Vitality Radiant Moisture Creme (will review next) but wanted something light to layer underneath like a serum (on the last drops of Clarins Double Serum too!).

All that said, my main reason for going back to this balm was skepticism. I used it last while pregnant, so I'm ultimately unconvinced it was the balm and the Sake Treatment Water that gave me such slick and smooth skin and not the cocktail of hormones from the pregnancy. I mean, people say pregnant women glow because they do. Hormones do more wonders for the skin than any skincare product. So yeah, I'm using this balm again just to see if I get the same results. 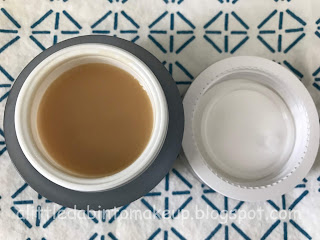 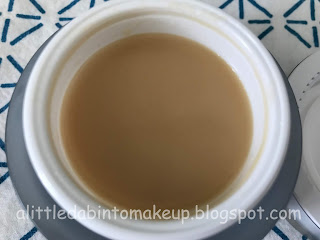 And--holy crap--I do. Overnight. I put this on and went to bed totally skeptical. Then I washed my faced the next morning and was amazed. My face was slick and smooth just like it was when I last used this balm. Two days later, the bumps were gone too. And three weeks later, my skin is still slick and smooth so it's not a temporary effect. I applied this to my neck and decolletage and they're slick and smooth now too! I'm so thoroughly impressed and kicking myself for not stocking up sooner when it was still available. Gah!!!