Here's a belated review for the 120g bottle of Nivea Sun Protect Water Gel for Kids SPF28 PA++. I've been using this for my little one for the past year or so, ever since he turned one. Technically, this sunscreen can be use for babies as young as 6 months according to the packaging instructions. I didn't though. I kept my little one well-covered and waited for a year before I put any kind of sunscreen on him.


Note this is an older version in a pale yellow bottle that's been in production since 2012. Earlier this year, they reformulated and repackaged it in a blue bottle, but I honestly can't tell any difference between the old and the new, which is a great thing in my opinion. 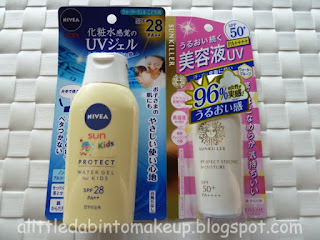 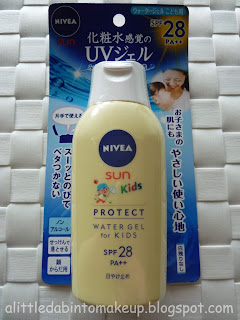 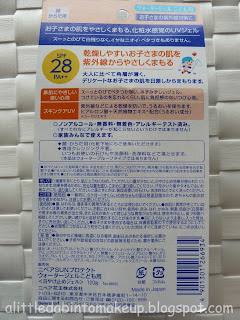 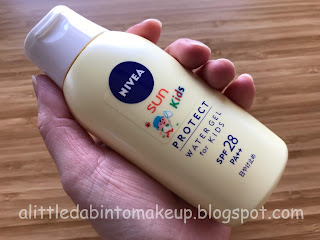 I really like this sunscreen, and not just because it feels identical to the "adult version" aka Sun Protect Water Gel Super (also reformulated and repackaged in 2018, by the way). It's a super light gel that's easy to apply, quick to absorb, unscented, invisible, and unintrusive. 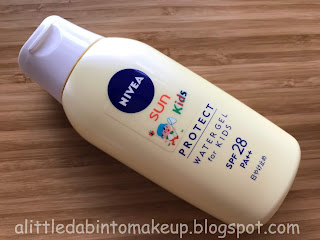 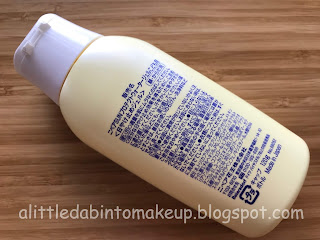 Yes, the SPF is weaker than I'd like, and yes, both the old and the new formula contains octinoxate (メトキシケイヒ酸エチルヘキシル). However, the formula is supposedly gentler than the "adult version". I've scoured through many children's sunscreens and found that some are for kids older than six, most are for kids older than three, a few are for kids older than one. This is one of those rare ones that could be used on a 6-month old. There are also other waterproof milks that are supposedly for babies, or gentle enough to be used on babies (like Anessa Perfect UV Sunscreen Aqua Booster Mild for example, will post soon), but they're all really vague about how many months old "babies." When it comes to a daily-use sunscreen for my little one, I actually prefer less tenacious formulas, the easy-on-easy-off stuff. The more tenacious formulas require soap for removal and I don't like using soap on him when I don't have to.

Anyway, I've given away at least half a dozen other bottles to friends with young kids. Everyone seems to really like it. Many have lamented to me how this stuff isn't more readily available to them. I've stocked up for sure, but have also picked up a half a dozen other brands to try too so stay tuned. 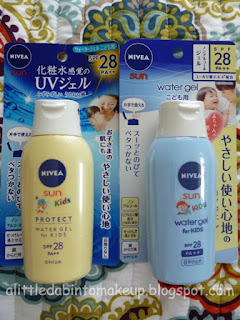 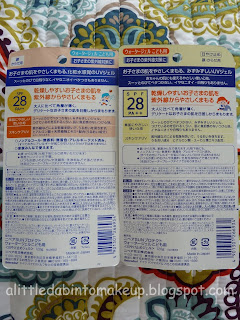