Moving home from Japan, I was really racking my brains what "Japanese-y" souvenirs I could bring back that would really marvel and delight. Mochi? Tastes good, but way too heavy. Who are you kidding, they are pounded rice after all! Sake? Supremely nice gift but is heavy and fragile. Double whammy. Nope. Hello Kitty? Erhh...it's all the rage at home! Geisha/ninja stuff? Cliche. Salted candies? Only certain people appreciate it. I can totally imagine the reaction, "Umm...why is this candy salty?" Yeah, totally defeats the purpose, though that didn't stop me from packing a good 20-something packages anyway, for those who do appreciate them, that is.

And then there are always those awesome Japanese sunscreens, like the recently reviewed Biore UV Aqua Rich Watery Essence, Mentholatum SunPlay Super Block, Mentholatum Skin Aqua UV Sara Sara Milk, even Allie Extra UV Gel Mineral Moist N. But again, these are worse than candies, because it's even harder to determine who would appreciate them, because not many can be bothered to use an oil cleanser to remove the sunscreen prior to the usual cleansing foam. I thought perhaps a light daily use sunscreen for the body like the Nivea Sun Protect Water Gel or Mentholatum Skin Aqua UV Moisture Gel would be nice, and it would, that is, if they would even apply a sunscreen at all! Sigh, Americans. ...But I ended up packing another 20 or so bottles/tubes too, for those who do like these things.

In the end, I still lacked a universally appreciated little something from the land of the rising sun. And then the light switched on, ooohhh...shit! Yes, you read that right, turd, crap, poo, insert your bathroom joke here, but I'm going to bring home a bunch of poops! Golden poops. Japanese golden poops ^.^ Heh. Heh. Heh.  *rub hands gleefully* I think we have a winner xD

Ladies and gentlemen, I present to you the below piles of poop: at right, mini poop in a glass bottle with cork stopper (my personal favorite - LOL!), and at left, poop stamp. 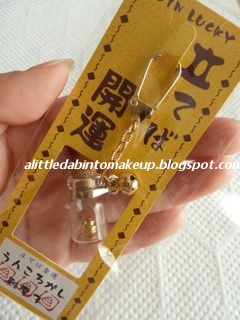 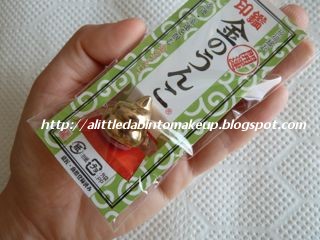 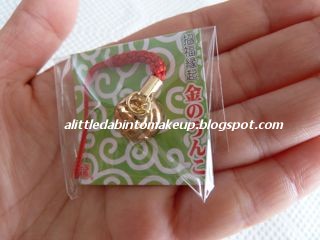 I was acquainted with these golden poops a couple of years before I moved to Yokohama. But the first time I saw them, I laughed hysterically. They are so silly! But that's Japan for you. Honestly, I can't think of anything more fun, quirky, and quintessentially Japanese than these golden poops. You see, folks in Japan love themselves some puns. This is not just a recent phenomenon, it started way back from the time of classical literature (hubby wrote his entire dissertation on this after all!). But yes, there are a wide variety of cute little charms in Japan that are puns of some kind.

One popular example is frogs. If you browse a gift shop, no doubt you will find frog charms in various forms and shapes. This is because the word for "frogs (蛙)" is homonymic with the verb "to return (帰る)" - かえる (kaeru). So giving a frog charm to someone is the equivalent of wishing them a safe return (from a trip) or good luck in finding something (that was lost). For these golden poops, the word for "poop (うんこ)" is homonymic with the word "fortune (運)" - "un/unko". So golden poop (金のうんこ) is a pun for golden fortune, it's a good luck charm ^.^ Neat huh? How did they fare as souvenirs? Let's just say they became a "conversation piece" for both our family and friends as well as my colleagues who know little about Asia other than the food they occasionally eat. Mission accomplished *dust hands* :D

Check out this mini poop in a bottle xD I couldn't resist getting several of these and indeed, they were the most popular out of the 4 golden poop charms I got and everyone wanted one. That said, they were also super fragile and definitely not meant to be thrown around as a cell phone charm. I packed them in bubble wraps and sent them in a well padded box via courier, and still 3 arrived cracked and broken T.T So yeah, I advised my family and friends to either hang these in their house or their car, and definitely keep all the golden poop charms out of reach of children due to choking hazard. 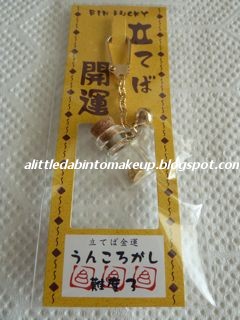 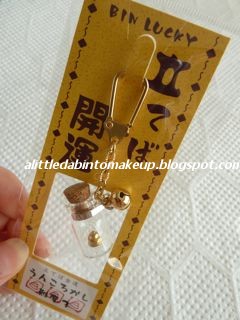 This poop stamp is slightly larger than I expected, but still pretty awesome ^.^ 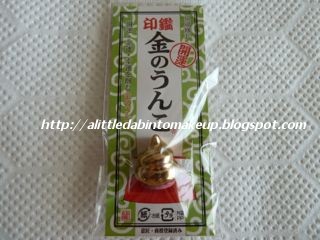 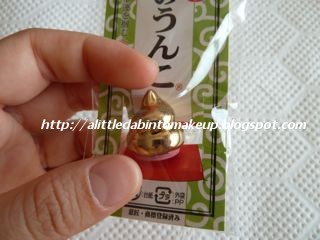 The stamp says "flowing/opening fortune (開運)", perfect for greeting cards and letters, if anyone still writes them. 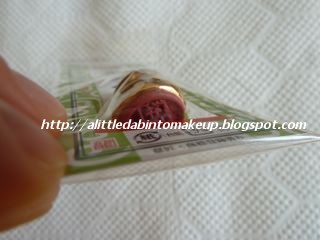 This poop on a cell phone charm is more sturdy and thus better suited to take the abuse that your cell phone gets every day. There were 2 different kinds, one with a bell and one without. I got the one without, but I totally regret I didn't get both! These were also popular and I ran out of these after the mini poop in a bottle above. 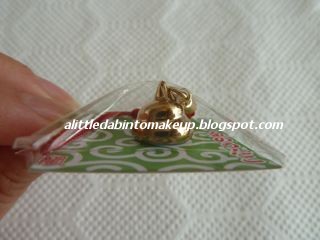 Last but not least, the poop on a red pillow. These are meant to be stationary, taped to the base of the computer flat screen, the dash board of the car, etc. Aren't they adorable? 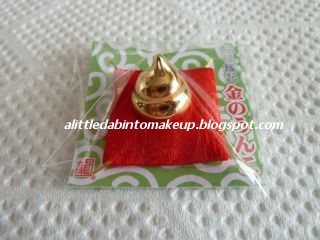 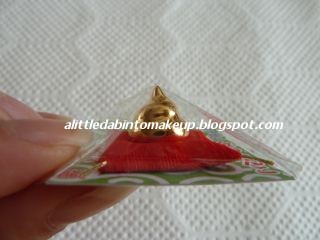 These are awesome and hilarious! Who wouldn't love to have some golden poop? XD
Do you mind if I ask where you purchased them? I'm a little stuck with gift-giving ideas...

Thanks for reading and commenting ^.^

Of course I wouldn't mind sharing, that's the whole point of this blog ^.^ I got piles of poops(LOL!) from http://www.strapya-world.com - this is an online store that's located in Japan, in the same prefecture as I was in fact! They are catered to foreign customers and will happily ship overseas. The problem is that international shipping may be a bit expensive. They charge in JPY, and the Yen is really strong right now. That said, they have TONS of stuff and I'm sure if you would look around on their website, you'll find some neat gifts.