I was eyeing these limited edition The Body Shop Lily Cole Lip & Cheek Dome for a long time, since they came out last spring! But of course, I was in Japan at the time and couldn't get them until I moved home in the fall, by which point they were on sale, which I guess made the wait somewhat worth while? ^.^'

Unfortunately, as soon as I received them, I very much regretted getting them. I had seen pictures online but couldn't really picture the actual bulkiness of the packaging until I held them in my hands. You see, the product protrudes at the top and is housed in a curved cylinder, roughly two-inch from the bottom to the top of the twist-off clear domed cap, and 1.5-inch in diameter. The packaging makes them quite bulky and difficult to store or carry :(

20 Pinch Me Pink (left) and 21 Crazy for Coral (right). All pictures taken in natural light without flash. 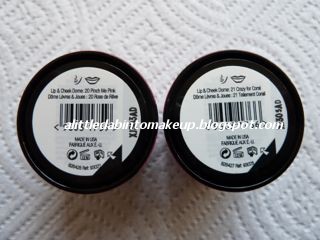 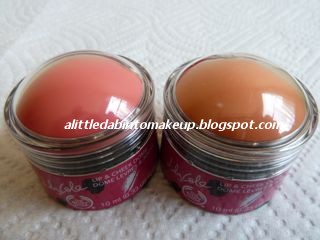 I can't see through the rest of the packaging and there's no twist up mechanism, so I have no idea if this cylinder is filled with product or is empty. It feels too light to be filled with product, so my guess is that the empty cylinder is supposed to function as a handle of some sort, so you can hold it and apply the product directly onto your lips and cheeks. In short, it's a complete waste of space. Urgh.

As for the formula, it feel gel-like and glides on very smoothly, dispensing a thin but blendable layer. Interestingly enough, the swatch pictures I've seen online are way more pigmented than when I actually tested the products on the back of my hand. In fact, I rubbed like crazy just to get the swatches pictured below and these are actually terribly sheer on me! I don't get it, is it my skin that these just don't apply well on? I haven't tried them on my lips and I probably won't, given that they're so sheer. It could be because they are old, but they're not that old being from last spring. They remained sealed too until I was ready to take pictures and swatch, so they didn't weather and dried out or anything. In fact, I have another product (Victoria's Secret Beauty Rush Cheek Tint, will post next) that's twice as old as these, sort off forgotten as hubby and I shuffled moves between the east coast, Japan and back, then the west coast. These were also sealed until recently when I finally opened them up at long last to swatch and take pictures, and yet they were still fresh and were working perfectly fine!

- 20 Pinch Me Pink: a bright pink with coral undertone. As you can see, it's very sheer, even for me. On my cheeks, I layer a few times as any less and it'll disappear after blending. 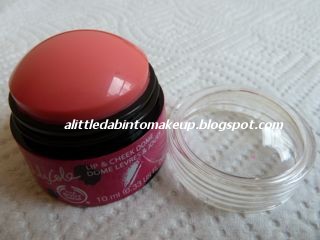 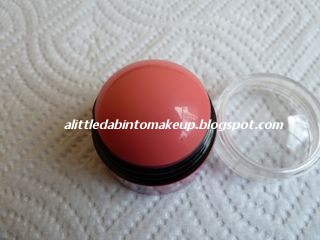 - 21 Crazy for Coral: Nope. No coral here. It's barely, barely, even peach and is even sheerer than the 20 Pinch me Pink above. Sad. 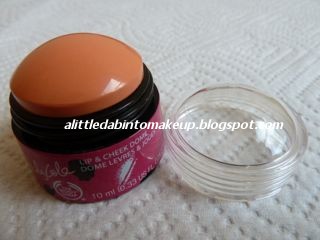 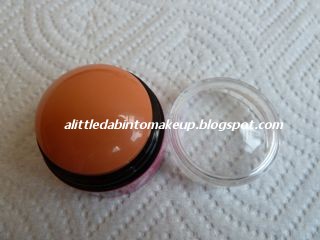 20 Pinch Me Pink and 21 Crazy for Coral. Swatches have been layered multiple times. 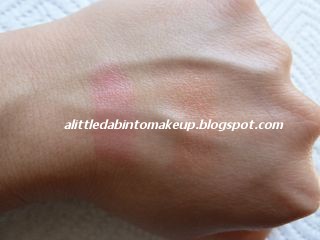