Through various purchases I ended up with samples of Kiehl's Powerful-Strength Line-Reducing Concentrate, a 5mL/0.17fl. oz. tube and ten 1.5mL/0.05fl. oz. packets, so in all I got myself a good 20mL to try! This is an anti-aging Vitamin C concentrate and Vitamin C has been trendy for quite some years now. Of course I'm late to the party, what else is new? ^.^" 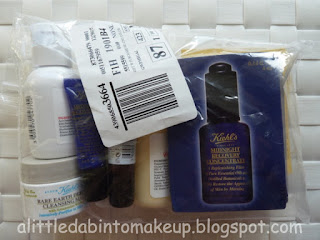 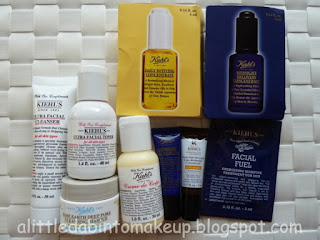 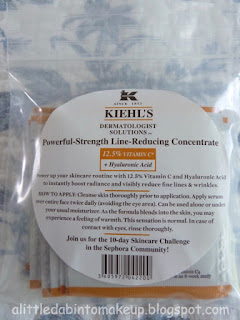 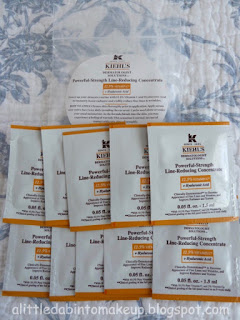 Unfortunately, this stuff is a thumbs-down for me. The first impression was a terrible one. The concentrate came out of the tube a thick cream and warmed up briefly at the beginning. However, it immediately settled into a really slippery and silicone-y feel. I checked the ingredients and sure enough, dimethicone was the second on the list! Urgh. Once absorbed, it left a weird waxy, powdery film on my face and I didn't know which I hated more, the overwhelming feel of the silicone or the film it left behind. Yuck. Good thing I tried these samples first. Absolutely will not purchase, but I didn't stop using it then either. I figured I should give it a fair trial, which meant more than just one use. 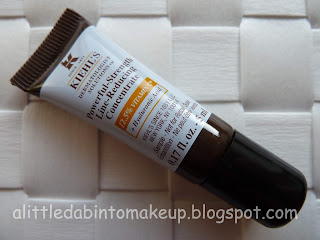 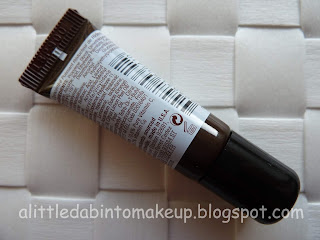 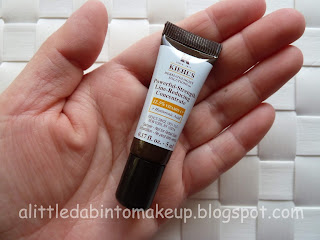 This stuff was harsh, at least for my dry combo skin. The first time I tried layering it over Boscia Sake Balm, the skin around my mouth and my cheeks started to tingle and burn. So I switched to using it every other day instead, in between Boscia days. Even then, after a week or so, I broke out in the area above my lips and around my nostrils. At first I thought the breakout was hormonal, which was odd because I usually get hormonal breakouts on my chin, jawline, and cheeks. In addition, the hormonal breakouts normally cleared up pretty quickly, in two to three days. The bumps above my lips stuck around for a whole week with no signs of abating! In fact, it was getting worse and I started seeing more bumps by the end of the week. So I suspected this Vitamin C concentrate was the culprit and avoided applying it on the area with the breakout. What do you know, all the bumps cleared up the very next day! Yup. That was when I stopped using this stuff and threw out the rest. Boo. Hiss. 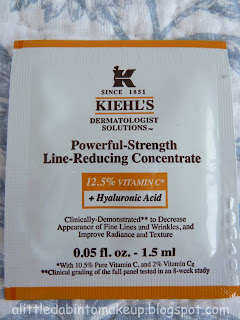 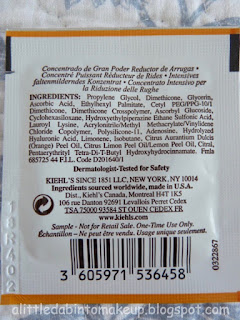