Started using this 500mL/16.9fl. oz. bottle of Mustela Gentle Cleansing Gel for our little guy last year, so here's a super belated post for it. This is a multi-purpose hair and body gel for babies and kids. 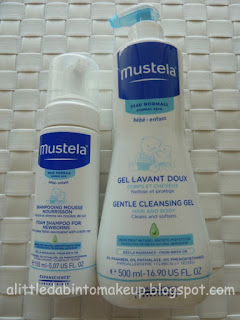 When we started using this, we were still washing our guy's hair just twice a week, on Wednesdays and Sundays. Then came January and he started going to school MWF's, which became the three hair-washing days each week. Even with that, we've only gone through half a bottle so suffice to say this stuff has lasted for quite a while. We don't use a whole pump each time, just about half. You don't need much to get a good wash. 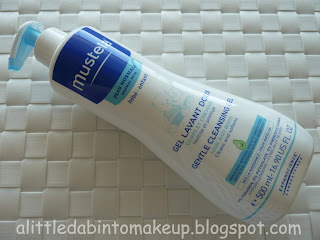 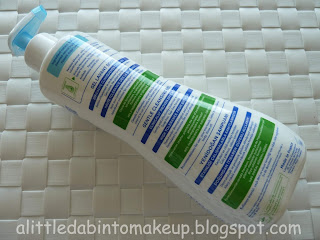 As mentioned previously, this Cleansing Gel has the same scent as the Foam Shampoo for Newborns, so it wasn't an abrupt change for our guy. In fact, he probably hasn't noticed any changes at all, only that the empty bottle is now his favorite new toy. Yup, out of all the nice bath toys he has, his favorite is an empty shampoo bottle, probably because he can squirt water out of it. Ha. xD


The cleansing gel does foam, though not much. However, it does make enough suds for us to use on his face, arms, and legs to wash off sunscreens. Since the summer started and it was super hot and sunny outside, we've been using easy-on-easy-off Nivea Sun Protect Water Gel for Kids on him daily and the waterproof Biore UV Mild Care Milk on Splash Days. Also, whenever we use this gel to wash him all over, we butter him up with CeraVe Moisturizing Cream (trying to use up that giant 453g/16oz. jar so I could move on to something better) to ward off any dryness. So far, so good. After this bottle, I'm going to try the 2-in-1 Cleansing Gel Hair and Body (from the same brand) next. 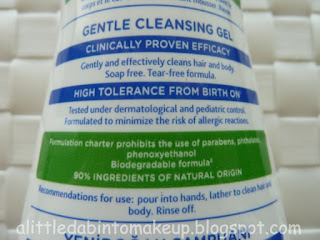 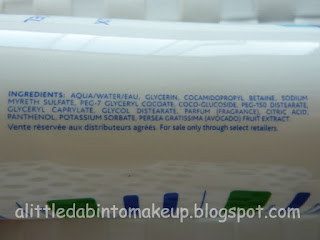