After 2 years, I'm finally posting a follow up for my first post on these Canmake Cheek Gradation! My sister brought me 3 of them this time, including the newest addition to the lineup.

The texture of the blush hasn't changed at all since the first color #02 Orange Stripes I tried more than 2 years ago. It's not the softest blush I own, but it's still much better than some of the older Maquillage highlighter -ahem!- Design Face Color, and it costs only a fraction of the Maquillage offender, $7 vs. $20 refill only! More good points include not puffing up a cloud during application and the different color stripes can be used as eye shadows in a pinch ;) Over all, for what it costs, it's actually a really decent steal!

There are down sides too, of course. The packaging is totally generic, so for those who are into nice packaging, you're in the wrong market with Canmake. Also, the included brush was crappy, but I use my own brushes anyway so I don't really care :P And I really shouldn't say the included brushes were all crap because I saved them to apply facial masks with instead! They work quite well there.

- 01 Pink Stripes: my mum's favorite blush, believe it or not. It actually isn't anywhere as bright as it looks, and I can tell you it looks pretty darn intimidating in real life too, not just in pictures! Fact is, though, that this "blush" is sheer, and therefore the unlikeliest pick for most people who are looking for a real blusher. I think this is my most preferred Cheek Gradation, but only because I prefer sheer makeup in general. On me it only gave the tiniest hint of fresh pink, so really it will be more of a face brightener/highlighter for most people. My mum sweeps the bottommost bar on her eyes and the upper 3 bars on her cheeks, and she says it keeps her looking alert all day. I think she went through like 3 or 4 of them already and my sister keeps her stocked up pretty well :D 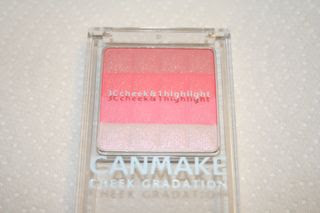 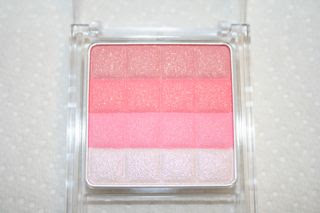 - 04 Chocolate Stripes: this color was introduced as a limited edition, but it was sold out everywhere and was so popular they brought it back permanently! This blush is also the most pigmented one out of all the Cheek Gradation (probably the reason it's so popular). The colors intimidated me at first, they look so dark (on the computer screen and in pictures) I thought it was supposed to be a bronzer of some sort. As a result, I skipped over it many times until my sister brought me one out of the blue and then I thought, oh, it doesn't look so bad :) Anyway, the blush turns mauvey on me. Pretty nice, although it will probably look better on a slightly more tanned complexion. The gray winter sky and my pale face just don't do this blush justice right now. Also, this blush is definitely more shimmery than the others! 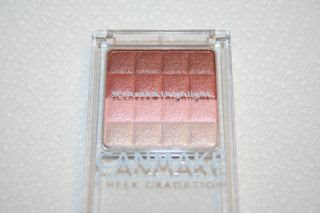 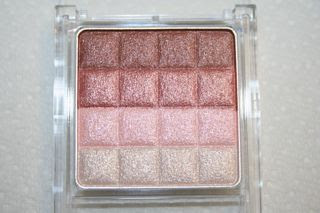 - 05 Peach Stripes: one of the prettiest peachy-coral blush I've seen, very similar to Este Lauder Tender Blush in Peach Nuance. It looks bright, and it goes on bright being the second most pigmented out of the 4 Cheek Gradations I own, so I have to be careful during application or I'll look overdone. With a light hand though, it's a perfect wash of peach. I know it looks just as shimmery as the #04 Chocolate Stripes, but it's not. Love it! 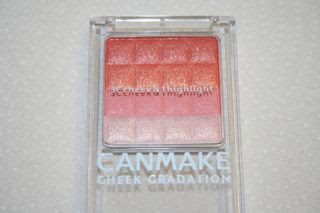 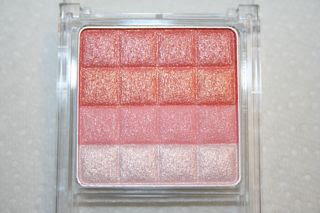 At least the packaging is not black... I think I can stand just about anything else! ;)

You can't stand black packaging either? Phew - I thought I was the odd one since no one else seems to be bothered by black packaging (MAC, NYX, etc.). They do give off the "professional" air, but blah, they're so plain!!!

Sorry, final sales only. No exchanges. No refunds.