I didn't review Allie 2010's Precious Barrier Protector WaterTouch N because, as I said, they seem to revamp the formula annually, each time with the product's name getting more and more convoluted and confusing. And plus I didn't notice any obvious difference in terms of texture or how the formula worked in comparison to its previous incarnations, the 2009's Precious Barrier Sunscreen WaterTouch as well as the 2008's Comfortable Sunscreen EX WaterTouch. 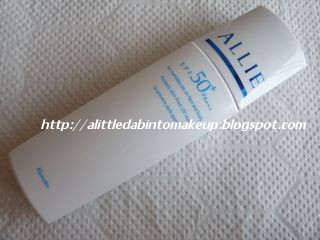 Allie 2011's Extra UV Protector (Perfect Alpha), however, is something else. Of course the very first noticeable different is the packaging. I don't quite like this change, to be honest. The bottle looks larger and clunkier, being rectangular in shape instead of the sleeker and smoother oval bottles in the older versions. I guess that gives you the illusion that there are more products inside, but nope, it still contains only 60mL, only in a bigger bottle. Not sure why they did that. 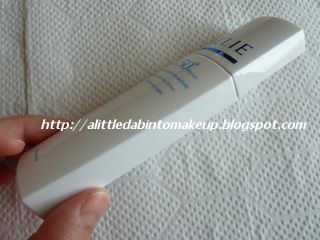 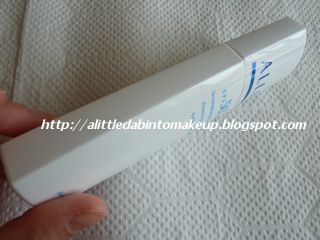 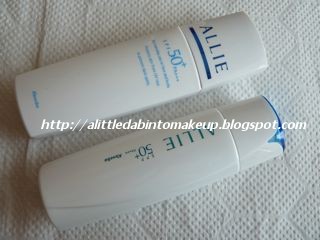 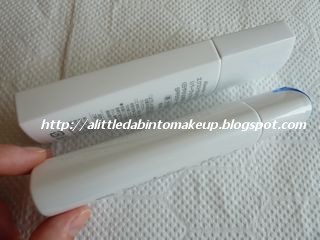 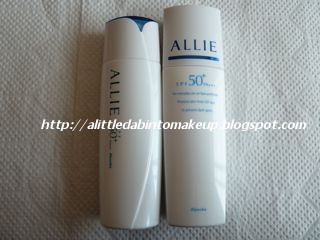 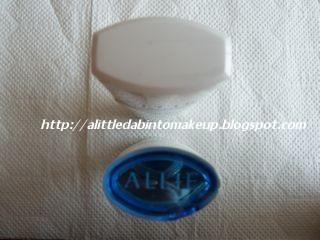 The second difference I noticed the very moment I pour out some onto the palm of my hand is the texture. It is still opaque white, but no longer a runny milk and is instead a thicker and somewhat firmer, to use a baking term, emulsion. When I pour some onto my palm, each drop "piles" onto the next before slowly settling into a small glob of thick cream. I remember watching the sunscreen drops piling up in my palm and thought, ah shit, they better not screw up this Allie sunscreen because I'm not ready to be back into the sunscreen market yet! ^.^
The very first application made me so nervous I was on the verge of panicking! Again, instead of applying a nice runny milk which felt like it was being absorbed into my skin, this 2011 version felt like a bouncy and slimy silicon-y cream that was shifting around on my skin in patches as I tried really hard to rub it in. And it took me a whole 5 minutes to completely rub it in, almost three times as long as the previous version!
But as soon as it was rubbed in, I was instantly convinced that, perhaps, the formula has changed for the better after all. Unlike the previous versions that dried down to a semi matte finish, this 2011 version gives a dewy semi matte finish, which makes my skin look as if it's glowing. It is also supposedly moisturizing, and after 2 months of daily use I will have to agree with the new moisturizing claims. Believe it or not, if I don't moisturize/hydrate adequately underneath the previous Allie's (some form of hydrator and then moisturizer in the winter, and just hydrator in this nasty weather), I would still get dry spots on my face. And Allie is as mild and least drying as they come in sunscreens! Shiseido Ultimate Sun Protection totally fried my skin, and Sofina Perfect UV gave me dry patches even with layers of moisturizer/hydrator! With this 2011's version? No dry spots so far! I still apply a layer of hydrator underneath as I always would during the warm seasons, and again I will emphasize that it's very humid right now, so I may think differently of this product come the dry winter.
Performance wise, this Allie 2011 version is so far so lovely. During the time when hubby and I spent the entire day walking around town with my sister, baking in the heat and humidity, this sunscreen held up extraordinarily well, as in by 10PM I didn't look like a grease monkey. It kept up its dewy semi matte finish and there was no shiny forehead, nor was there any red nose and cheeks. My face didn't even feel oily to the touch, even as the rest of myself was unbearably icky and sticky.
It makes a fantastic makeup base, by the way! While I don't wear foundation, all it takes is a slight dusting of Lavshuca Face Powder to set and this sunscreen would make me look like I was wearing some. Seriously, who needs BB creams or whatever if a sunscreen can do this? If you want to lighten up on makeup during the summer heat, I would definitely recommend skipping foundation and just set this sunscreen with translucent powder. The added bonus is that my blush stays on this sunscreen extremely well since it keeps the oil at bay, preventing the blush from getting all melty and eventually disappears.
In all, I really recommend you try this sunscreen if you haven't already. It does contain alcohol, however, and that's probably its only down side. All the past versions had alcohol also, so if you were wearing those before you probably won't have any problem with this one. I have already "converted" several people into Allie fans, including my mom, and although the initial impression may be that of nervousness, I think they will only be pleasantly surprised with this new formula once it's fully rubbed in.
Posted by D. at Monday, August 22, 2011

Something I need to try! Most sunscreens make me terribly oily

Even Japanese sunscreens make you oily? Which ones have you tried? As far as I'm concerned, some of them are really really drying!

I haven't tried too many actually, since they tend to break me out. I'm currently using Biore's UV Aqua Rich Watery Mousse, and I've also used Anessa Town Use sunscreen.

Sofina Perfect UV was my go-to before Allie came out. I would recommend you trying that one too if it hadn't been discontinued more than a year ago -.-' Gomen!

Yeah, I use a cleansing oil and follow-up cleanser.
No worries! I'll try Allie first, thanks!

Does this one need a cleansing oil to be removed ?

Yes this one does require an oil cleanser to be removed.

Hi! I just stumbled across your blog and really like your posts and reviews. They're very thorough, which is so important for somebody (like me) looking to buy Asian cosmetics/skincare but not living in Asia. :)

I have a question about whether you have tried the newest 2013 version of Allie Extra UV Protector with PA++++?

I'm debating between this and Allie Extra UV Gel (Mineral Moist), which you have also reviewed. May I ask which one left more of a "white mask" on you? That's been my biggest problem as I search for sunscreens with higher SPF and PA.

Thank you for reading and leaving a comment! I am glad my reviews are helpful.

The Allie Extra UV Gel, on the other hand, is super duper thick and is very moisturizing. It's more like a paste than a gel and is much more suitable for those with dry skin or those living in a dry climate. It does leave quite a noticeable white mask on me, but a puff of translucent finishing powder will solve this problem and will give a makeup-ready luminous finish.

So in addition to the white cast problem, you should also consider whether your skin is normal, oily, dry, or combination oily/dry, whether the climate of your area is dry or humid, and whether you're looking to wear makeup regularly over the sunscreen.

I hope this helps. If you have other questions, feel free to reply :)

Thanks for replying to my question so quickly!

My skin is combination (with dry cheeks), and the climate here is very humid as we're heading into summer. I'm thinking the UV Protector might be better for the summer, and I might purchase the Gel later to try in the winter.

You are so welcome!

Your skin is just like mine, combination dry :) In that case, adequate moisturizing in important with any Japanese sunscreen milk (other formula may be different) because they tend to be drying.

If you do go for the UV Protector, I'd be very interested in hearing your opinions and how you like it!