My sister is a huge anime/manga/drama fan of both J and K entertainment, and when I say she's a huge fan, I don't mean just reading or watching but also collects figurines and other collectibles. When there's a good opportunity, she would even dress up in a costume.

So while she was here visiting with me, we went up to Tokyo to shop for anime/manga collectible things. I happened to find a box set of 3 Gintama figurines for cheap and snatched it up for her as a gift xD 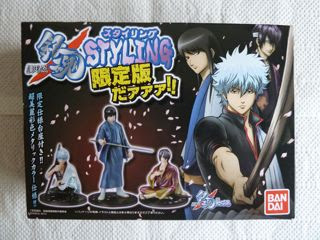 If you haven't seen Gintama, you should give it a try. It's a mish mash mess of 2 worlds colliding together, the samurais and aliens, and the result is a total riot and funny as hell! The story is seemingly incoherent, with frequent references to modern life in the most hilarious manners (for example, Gintoki's favorite read is the weekly Shonen Jump), but it does have an underlining plot if you watch it long enough. And be warned, it's very long, up to 150-something episode now. I gave up after a while because it's just too much to keep up ^.^ 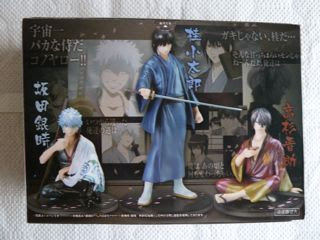