You already know hubby and I temporarily moved to San Francisco. We didn't actually "move" all our things. Rather, we just packed up our car with what we thought we'll need for a few months' stay and drove ourselves over. Now that I have a moment to take a breather, I thought I'd share some of the pictures we took along the way during our drive. We had specific goals for our rest stop by the end of each day: Salt Lake City by the first night, Reno by the second, then straight into San Francisco bay by the third. So these pictures were taken by me or hubby while the other was driving, because at no point could we stop for photos.

How do you like my fashionable interstate driving? xD Actually, the hat was to help with the sun, because sitting behind the wheels for hours will get you toasted to a crisp if you don't cover up properly. 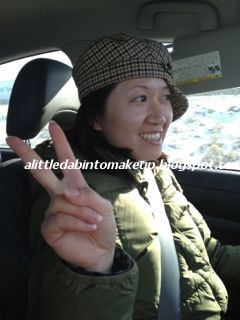 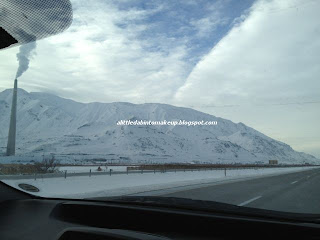 It was in the middle of January, of course, but we lucked out and missed any kind of snow or ice storms while crossing the Rocky Mountains. Phew! But boy it was cold, especially while driving through Wyoming, where the temperature dropped to -6F (-21C) at once point in sunshine! Brrr...

We drove past a wind farm in Wyoming, which was at a high point of the road and was super windy (duh?). The wind was blowing so hard, it drifted the dry snow across the road, giving the illusion of floating in the clouds. Trust me, those times were not for admiring, because, well, I couldn't see where I was driving at all! It was nerve-racking, because I was driving pretty fast, speeding some 80mph (~129km/h)! And yet it was so surreal it thrilled me more than scared me ^.^ 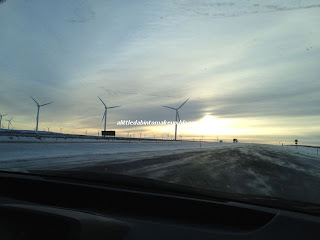 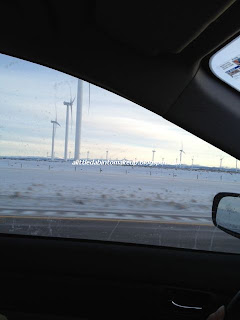 We spent our first night in Salt Lake City and had dinner at a quiet Thai restaurant called Thai Lotus near the downtown area ^.^ It was a bitterly cold Monday night and as expected, the place was deserted and we were the only somewhat out of place customers ^.^ 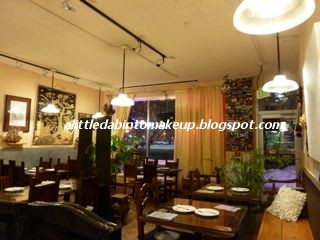 But of course I had to order a Thai ice tea, only to get grumpy because it made me even colder than I already was LOL! Hubby was more disciplined (and perhaps smarter) and ordered hot tea for himself :P 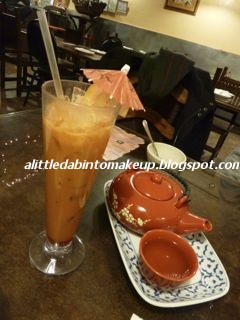 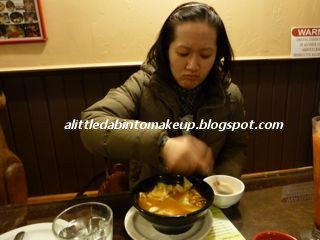 The food was decent, but they put cabbage in their tom yum koong, which I thought was weird, but it wasn't bad ^.^ Over all a good place to stop by on your travels. 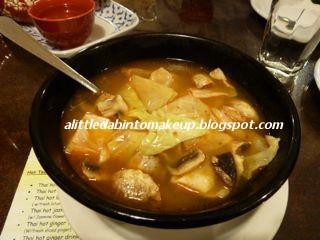 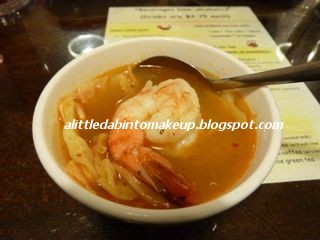 Let me tell you, having spent time in super dense cities like Tokyo and Taipei, returning to the US of A we got a special appreciation for space. Lots of space. In dense cities with tall buildings crowding your peripheral vision, you easily forget how tall the sky is, and I'm not trying to be poetic. I mean, look at this! This may be politically incorrect, but perhaps the vastness of our land has something to do with the oversized-ness of our homes, cars, food portion, and ultimately, ...people... 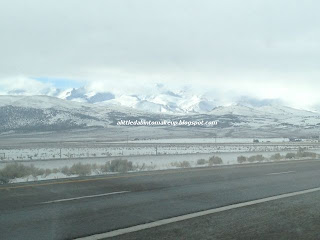 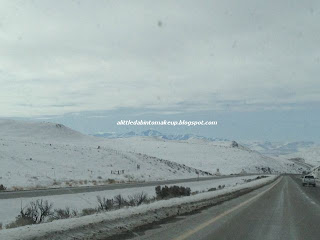 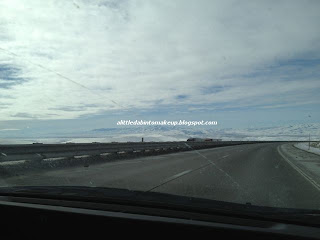 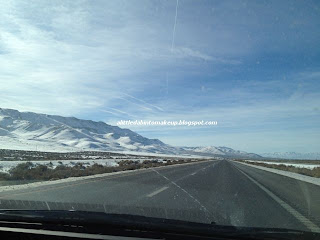 Anyway, leaving Utah the next day we got a glimpse of the Great Salt Lake (second picture down from this line). It was an amazing sight even if we were only passing by. And of course its surface was frozen, or at least it looked that way ^.^ 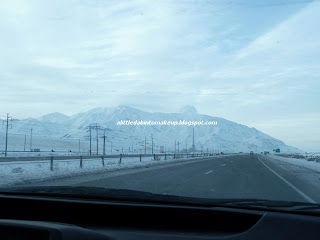 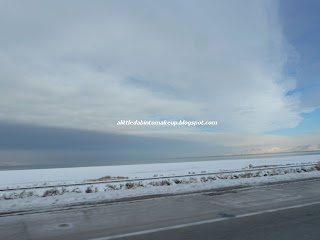 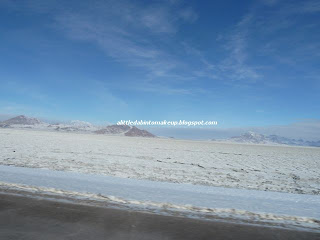 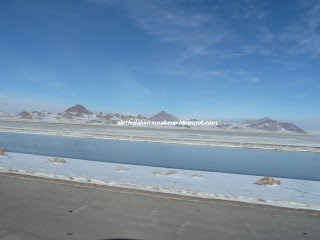 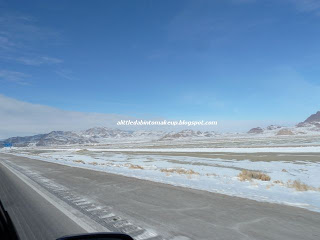 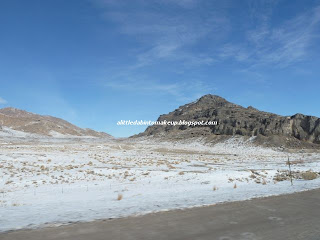 The closer we got to California, the warmer it became. I was happy of course, as I was pretty tired of the cold by then. 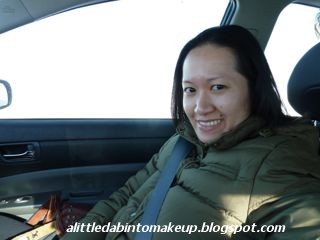 Arriving into Reno, and we were able to rid ourselves of our thick coats. It was in the 60's and sunny. Ahh... 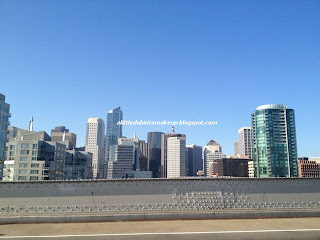 For our second night we decided we wanted Vietnamese food for dinner. So after checking into the hotel, we drove over to Golden Flower where hubby ordered his favorite pho and I got my caramelized catfish and shrimp sour soup. It was a no nonsense, straightforward, and authentic meal, so good we decided to order a few banh mi sandwiches for the road the next day. Excellent decision it turned out, because those sandwiches were really delicious too! So yes, I definitely recommend this restaurant if you're in the area. 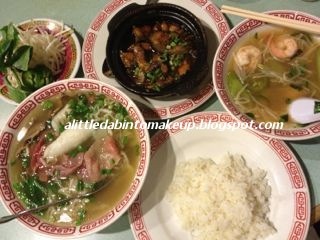 By the third night, we were already in our SF apartment ^.^ 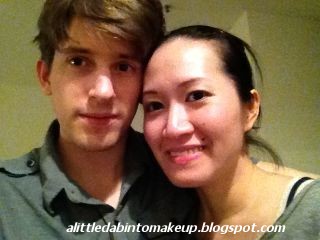