Among the favorites in my Taipei haul are these Media Bright Up Powder. They are available in 2 variations, 01 Clear and 02 Warm, and I bought both not being able to pick one over another. What, did you think I'd leave Taipei empty handed? Not a chance, especially when Watsons sells Japanese cosmetics at about 20-30% less than Japanese retail! I know, they're evil, aren't they? ...But these powders were actually *not* from Watsons ^.^'

While I was in Taipei, I noticed only a select few Watsons branches carry this Media brand, and even then, not all of them have these particular highlighters. The only Watsons I found my area that had these was the Shida Night Market branch. I actually bought mine at a specialty Japanese drugstore, one that sold only Japanese import cosmetics and skincare, although I don't remember what it was called. There were 2 of these identical stores, one on each end of the Zhongxiao Fuxing-Zhongxiao Dunhua underground market. Again, the funny thing was that only the store on the Zhongxiao Fuxing end carried this Media brand and the other did not. I also found some of my favorite Japanese candies there, like the Kishiri Crystals. 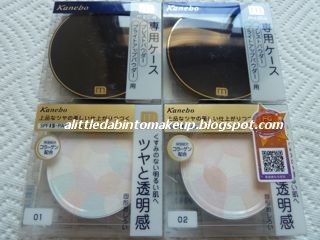 At the time, I wasn't even in the market for a powder, let alone a highlighter. In fact, I haven't bought an actual highlighter for a long since just about every powder blush now comes with a built in highlighter, like Coffret D'Or Smile Up Cheeks, Visee Mineral Cheeks Baby Finish, and Kiss Mix Heart Cheeks! That night, I was just browsing with hubby after a particularly delicious dinner at Kiki's Restaurant. But I'm sure you know how it went - spotted these, wandered over to take a look, then I had to go and touched the testers, which was pretty much the end of me -.-'' They were incredulously fine, soft, and silky, and they were so pretty in the pan I just couldn't resist! How is it these refills are only US$10 (NT$300) each? Excellent quality, pretty, and affordable? Sold! 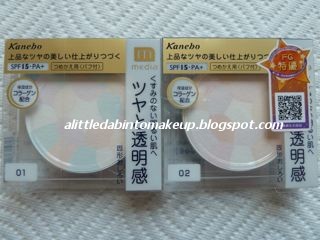 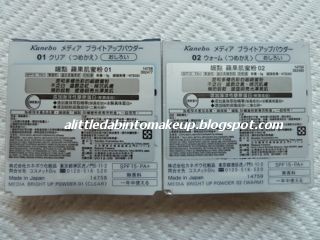 Each refill come with a thin puff applicator, which I don't use. Instead, I bought a stippling brush just for the purpose of applying highlighters. I had held out on a stippling brush for the longest time with the excuse that I don't use foundation and therefore don't need a stippling brush (and yet I bought a couple of foundation brushes, ha...). After overdoing my highlighting one too many times though, I finally realized the error of my ways and bought a darn stippling brush, only to learn it is so very useful, like providing application-control-wonders with overly pigmented powder blushes and even cream blushes. What was I thinking?!? Urgh. Total idiot moment here *head-walling* 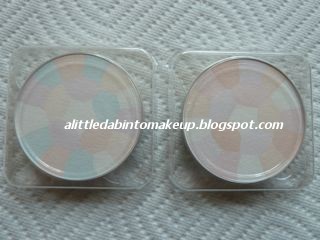 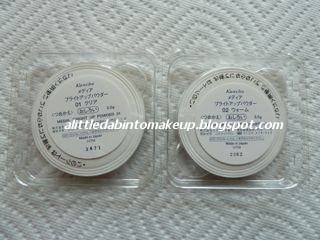 The deep navy compact cases are nice too. They're simple and light, very slim, come with a mirror and tuck away nicely into my makeup bag. They were US$3 each (NT$90). I can't even whine. 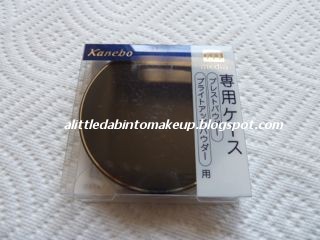 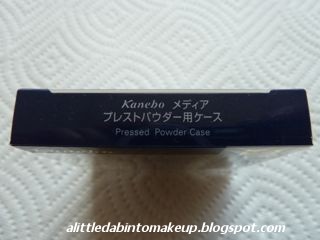 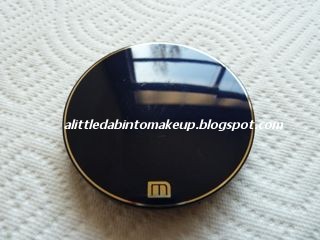 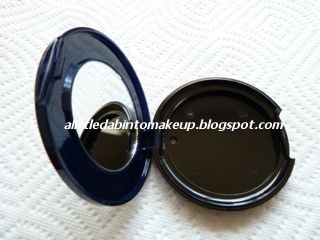 I've been using both for a month now and I love them! They are unscented, and they don't produce much dust. They contain very fine micro shimmers, leaving a thin layer of radiance that's pretty much invisible until a light source, be it the sun or the bathroom light, hits my face. And when it does, my face just lights up. Towards the end of the day, instead of getting all melty they blend in with the oil on my face and give a soft focus haze that's just perfect (note: I didn't say my face is perfect...), very much like my long discontinued favorite, Victoria's Secret Mosaic Highlighter. Even better is that they can be used both day and night, whereas the VS one had more visible shimmers and best used at night.

- 01 Clear: a mosaic of white, ivory, pastel peach, pastel blue, and pastel lilac. True to its name, it's clear, down to the fine micro shimmers that are colorless. 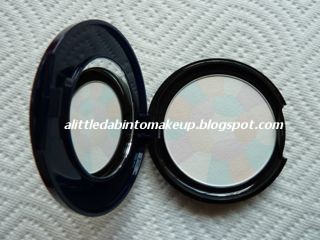 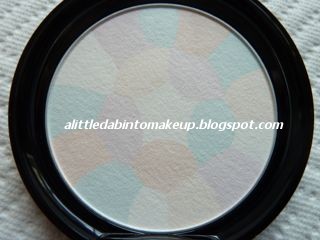 - 02 Warm: a mosaic of white, faint airy pink, pastel pink, pastel lilac, faint pale peach, and pastel peach. This one actually has fine ivory micro shimmers, therefore adding just a bit of warmth, but honestly, it's not as if I can even tell the difference once it's on. I'd say I like them both equally :D 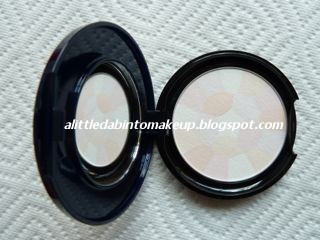 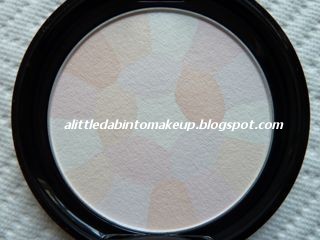