Ever since the Coffret D'Or Smile Up Cheeks were released, I've been checking them out every time I visit my local drugstores (that's a whole lot of times!), only to walk away cursing at their bulky compacts. The blushes are really pretty, but the fact that they're housed in such a waste of space of a compact really pisses me off. But then I remember that I'll be moving out of Japan a few weeks and if I were to change my mind then, I would have to pay exorbitant markups plus international shipping to get them back home. Plus one of my local drugstores was bundling them with 20mL trial bottles of Kanebo Suisai skincare, so after holding out since the beginning of the year, I finally gave in ^.^ 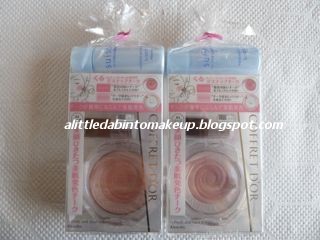 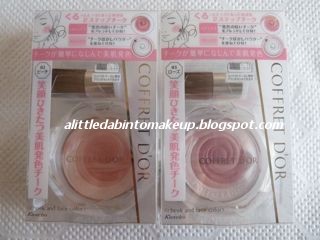 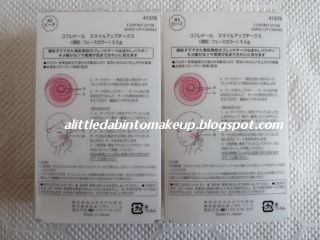 I think I've already ranted enough on bulky packaging, for which I used to think Physicians Formula just takes the cake. But it seems Coffret D'Or is challenging that position, at least with these Smile Up Cheeks they are. To be fair, Japanese cosmetics tend to be on the space-saver side - space is a precious commodity here after all. So packaging like these are actually outliers and not the norm. In short, I'll over look it because the blushes are so pretty ^.^ 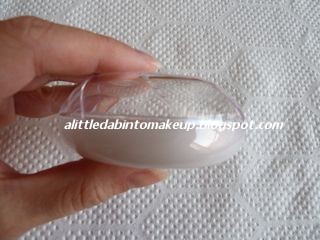 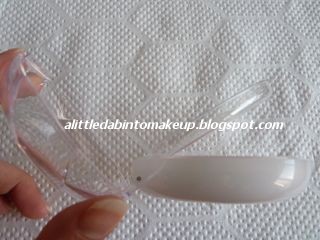 Anyway, these compacts are twice as big as they need to be, with the space created just to store a crappy *rounded* brush I don't use. And the brush holder is just a flimsy and cheap plastic tray that too! It's popped into the lid, so it's not really a tray nor is it fastened into the compact. Talk about stupid. Why not just cut the crap and eliminate the unnecessary expenses altogether huh? Sigh... 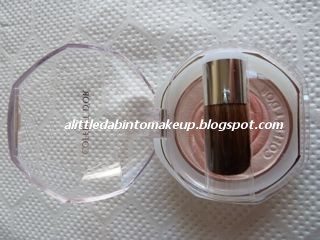 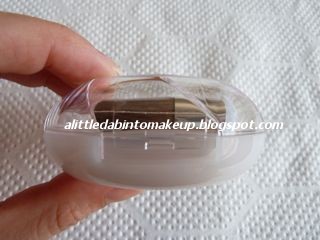 But I mentioned that the blushes are pretty, right? They are ^.^ And although they are shimmery, the shimmers are very fine and thus render more of a pearly glow rather than a sparkling finish. The highlighting shade is the most shimmery but thankfully not frosty. The medium shade is also shimmery, but less so than the highlighting shade. The darkest shade is the least shimmery and applies only slightly so. 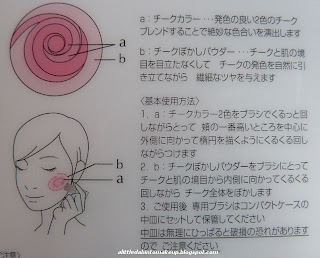 They are unscented, with soft and finely milled texture. The colors apply true to how it appears in the pan, at least with 02 Peach and 03 Rose they do. That said, these colors are also sheerer as I think they were going for more of a glowy fresh look rather than color. It was tough to swatch them. Not only it was difficult to get the actual individual colors, I had to layer a few times for the colors to show up. 01 Pink and 04 Orange appear slightly more pigmented, but I wouldn't bet on it. So yeah, if you're a pigmented blush fan with a burning hatred for bulky packaging (as I do), these probably aren't worth the investment or the storage space. 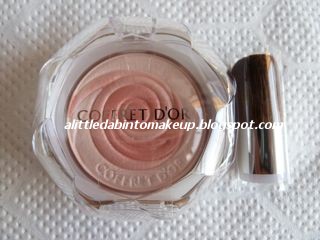 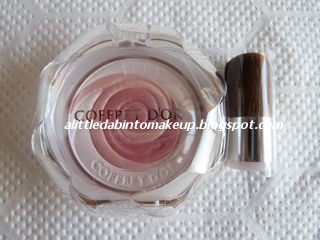 - 02 Peach: looks more of an orangey peach to me, or are my eyes just out of whack? Goes on me an orangey peach as well, which is rare since most peaches tends to turn more pinky on my cheeks. 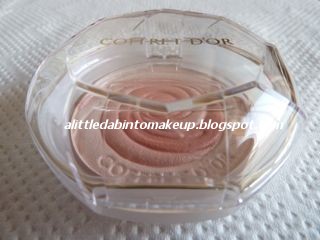 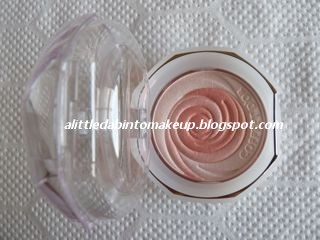 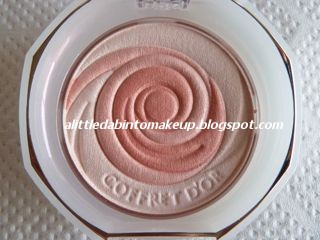 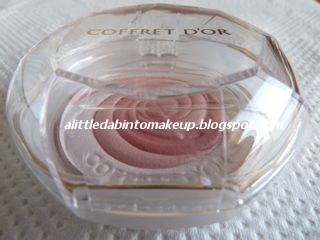 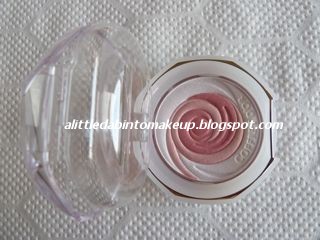 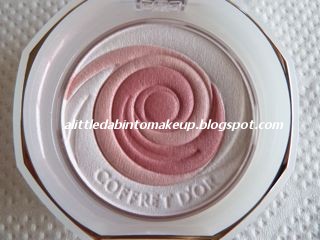 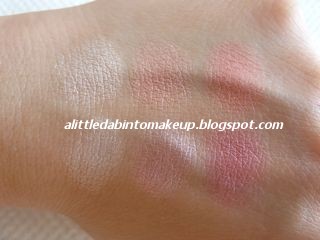 It's actually not that bad (at least it's not the under compartment thing with a mirror glue to the bottom of the blush pan). I would just depot one of them and put one of the pan on the top layer...or maybe not, since these are a little expensive.

Actually, depotting is a great idea, that is, if I can find a compact that will fit it. I really really hate the bulky compact >.<"