You've probably noticed my blog name's changed again. It's back to Of Toys and Tokyo -- because hubby and I have moved back to Tokyo ^.^ 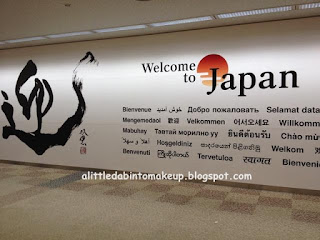 Yup. We thought we were going to settle down but opportunity came knocking and we couldn't say no. I mean, I would never say no to Tokyo, and neither would hubby. So here we are in Tokyo again, 3 years after we moved home.

Anyway, we arrived on Thursday evening and spent Friday discovering our new neighborhood, basically walking the few blocks around our building to see what's what and where's where. On our way back, we realized there's a shrine right next door, okay, a few doors down from our building!

Those stair steps are really steep and going straight up. There's a second way up that's curved and less steep, but we like doing things the hard way ;D 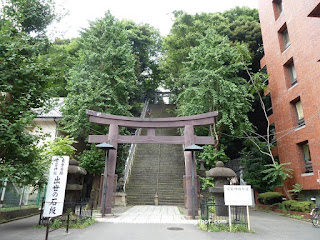 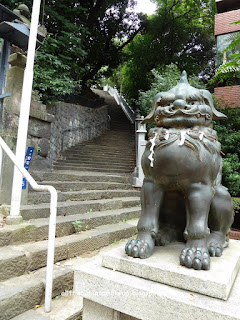 It wasn't until I posted these photos that I learned from a Japanese friend about the shrine. Apparently these stairs are "steps to success" and are rather well-known. You're supposed to climb these steps then pray to the shrine god for career success. We didn't know this of course and simply climbed it because, well, monkey see steps, monkey must climb. Man, it was really freaky though, because it was really steep. I didn't dare to turn around and look back, fearing I'd lose my balance. 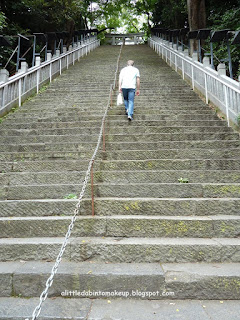 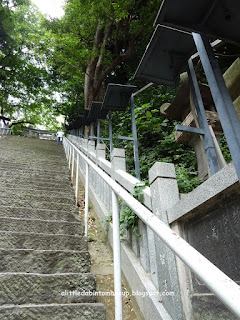 This is looking down from the top. 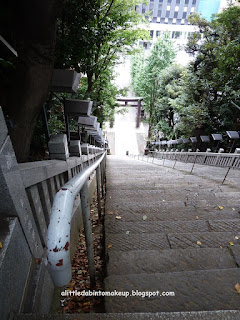 Hubby reading the history of the shrine. It was destroyed during the fire bombing of Tokyo and was rebuilt. 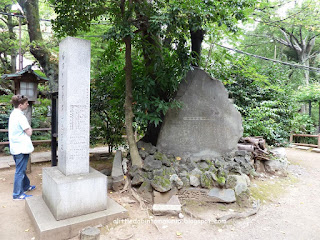 Of course there's a koi pond! 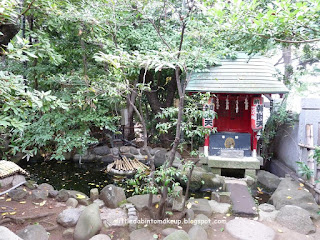 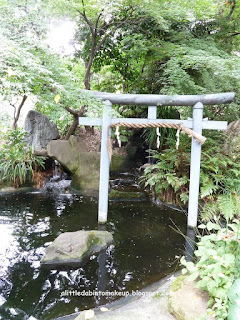 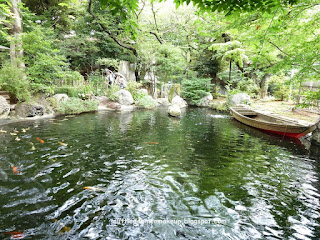 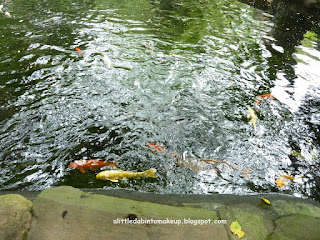 The fishies thought I was going to feed them. Nope. 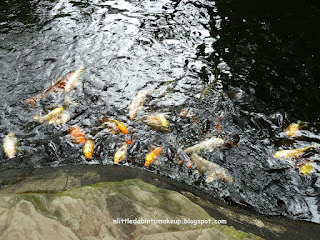 The main entrance to the shrine where people pay their respect and pray. 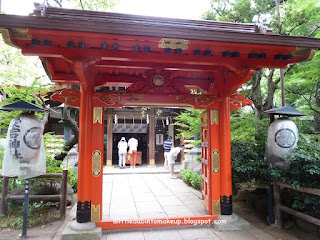 But the shrine kittie didn't give a damn. 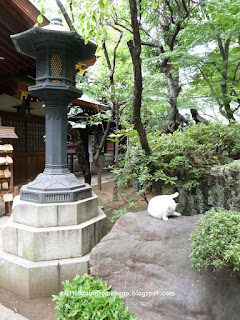 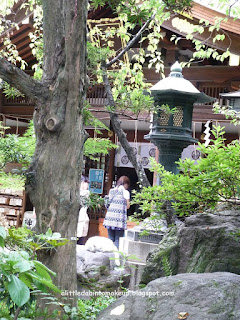 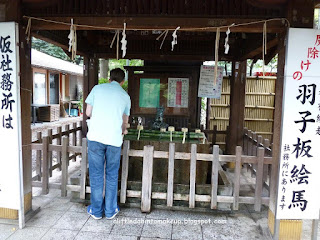 We took the curved way down, which was a lot less scary than going straight down at such a steep angle. More to come, folks. 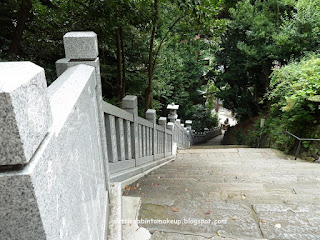 On behalf of the fishes: You tease...I want to pet the cat...

I wanted to pet the kittie too, but he was too far away and napping so peacefully, I didn't want to disturb him ^.^