I'd been eyeing these Addiction Kohl Eyeliner for a while, but when I was ready to make the purchase, to my dismay 2 colors had been discontinued :( So I only got 01 Night Dive and 03 Arabian Nights and missed out on 04 Secret Nights T.T 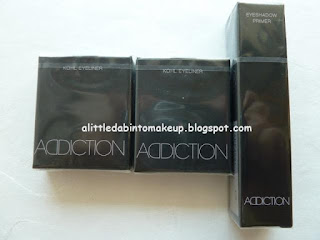 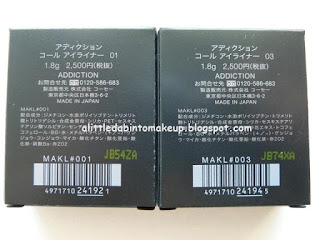 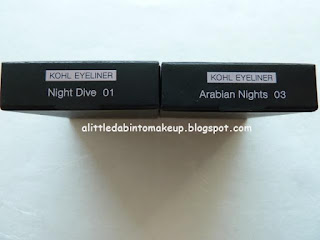 The packaging is the same as the Pressed Duo Eyebrow, in a simple black compact without mirror or applicator. This is perfectly fine with me and if anything, I prefer it this way. Addiction also sells larger compacts separately so there's always that option too. 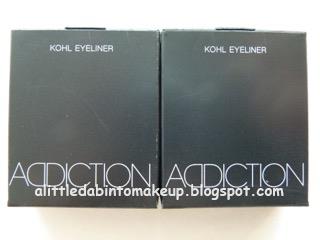 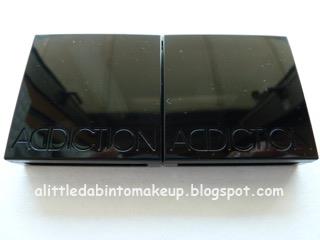 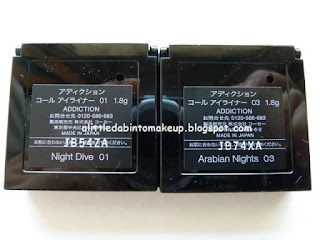 The moment I opened these I knew they were dead serious. They were so creamy and buttery and had a soft and damp, almost wet texture that I was convinced they were creams. I even used a liner brush meant for creams, upon which I realized how wrong I was--these were pressed powder kohls, super densely packed and super pigmented. The cream-liner brush couldn't pick them up at all, not until I switched to powder-liner brush! Wow! 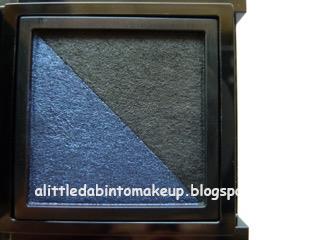 - 03 Arabian Nights: a pairing of satiny burgundy and a satiny bronzed black with scattered bronze shimmers that don't show. 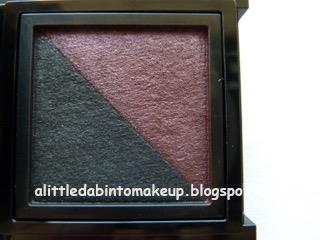 As for staying power, I'll just let the photo do the talking. The picture on the right is of the swatches after wiping with Bifesta Cleansing Lotion then rinsed and rubbed under running water. Yup. I'd say it stays pretty well! 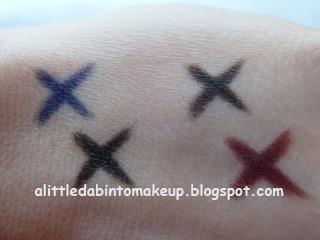 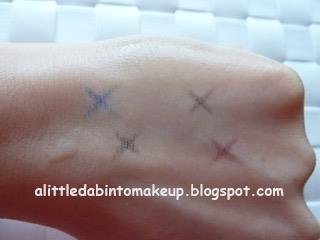 Here's a close up of the royal blue in 01 Night Dive to show the luminous satin finish. 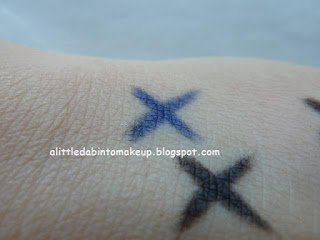 Close up of 03 Arabian Nights as both colors are satiny. 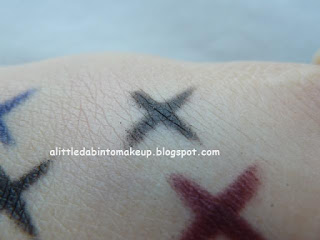 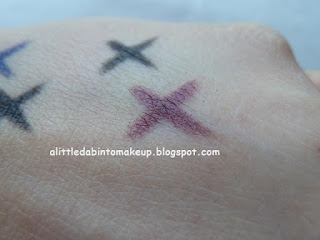 I guess these are a little less fussy than the infallibles when using as liner. Night Dive is tempting!

Oh yes, the Infallibles are definitely much more fussy to use, which I should have mentioned on my post. In fact, I just used the brown one yesterday to line my eyes and dropped the little dropper cap a few times...

But yes, Addiction wins for both sleek packaging and ease of use!