Afternoon Tea at The Lobby, The Peninsula Hotel Tokyo

In August, our afternoon tea club was reduced to just three, me, hubby, and J., as the rest was on vacation along with half of Japan ^.^ Our choices of venue were drastically reduced also, because even though I was calling 2-3 weeks in advance, every other location was already booked through the whole month--so keep in mind to plan far, far ahead if you're ever going to visit Japan in August.

Luckily, we have a long list of places to try, and to our luck we got into one of them: The Lobby on the ground floor of the Peninsula Hotel Tokyo. Before you ooh and aah though, I just want to point out that it's the afternoon tea service at the Peninsula Hongkong that's among the legends. Whereas the afternoon tea service at the Peninsula Tokyo is known for being more "traditional," which can mean boring depends on who you ask. Either way, it was August and we took what we could get.

Check out this interesting staircase with a mini zen rock garden at the bottom. 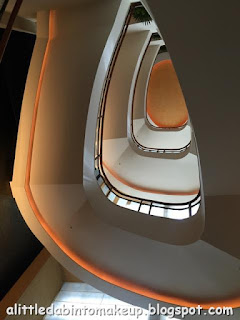 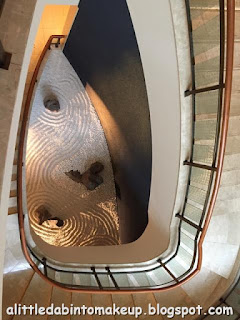 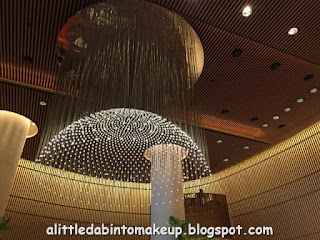 That day, the artistic centerpiece was rather unfortunate: a  humongous eyeball with a botched up double-eyelid job. Or was it a gigantic spiny maggot crawling over the Eye of Sauron? None of us could guess what it was, only that it was hideous and there was no escaping from it throughout the whole sitting as it was right. there. in our faces. 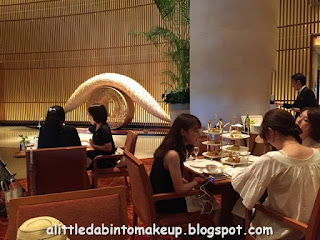 When I heard traditional, I was expecting cucumber sandwiches but they actually had some pretty interesting items on the menu. 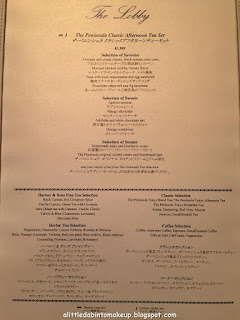 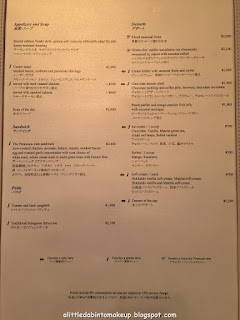 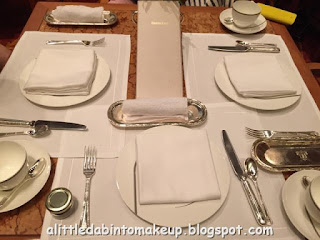 It was just the three of us so we got ourselves some bubblies. 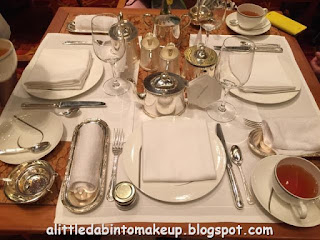 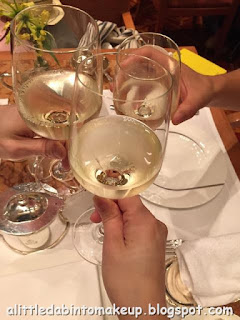 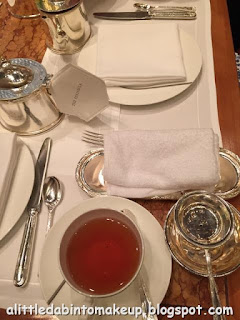 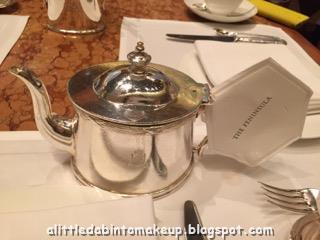 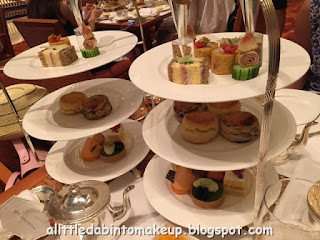 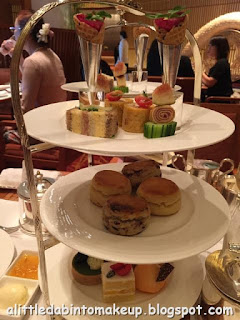 The savories were quite decent though the downside was the tiny portion that left all of us still hungry afterwards, whereas usually we'd be stuffed and had to nibble on the scones. 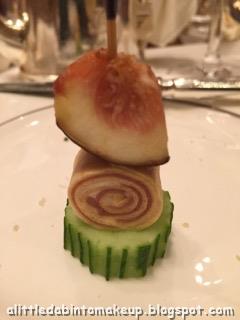 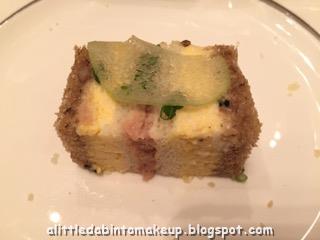 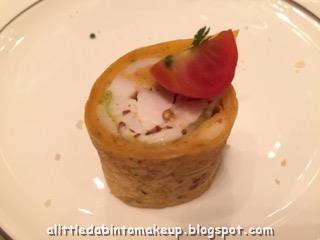 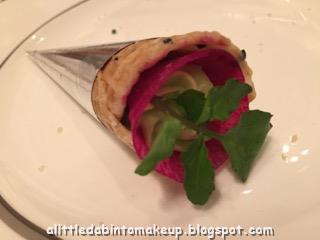 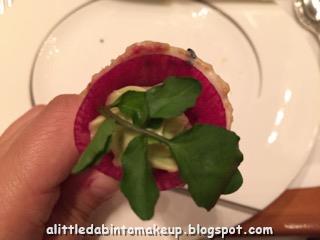 Being hungry, we wanted to order an extra order of scone (for extra cost) but was told no. The reason being the kitchen made a finite number of scones to go with the number of tea sets, so there was no extra for anyone. Erhhh, what? We couldn't have been the only folks ever to have ordered extras, could we? And they didn't think to make even a few more just in case? 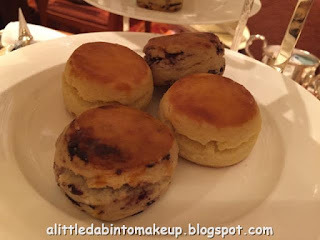 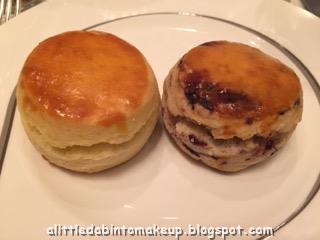 The sweets were good also. So overall, despite being stared down by the giant prickly eyeball the whole time, the tiny portion, and no extra scones that left us hungry, it was a decent experience. I'd say put this place on plan b, or plan c, in the case that the Mandarin Oriental or other top choices are all full. 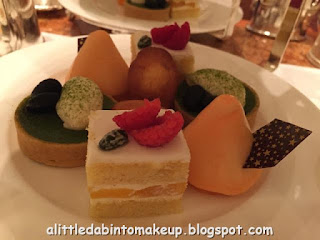 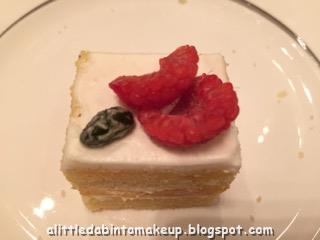 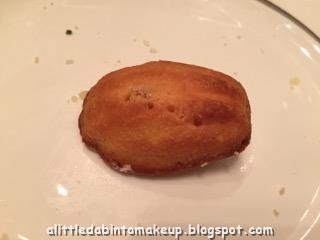 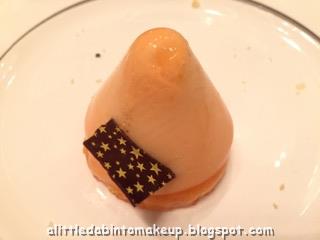 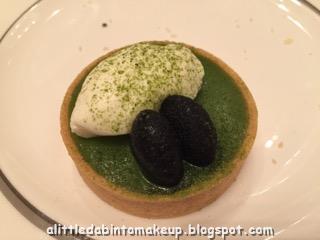 Of course J. and I had to take a photo with the eyeball. I mean, look at it. How can you not take a picture with that ugly thing?! ^.^" 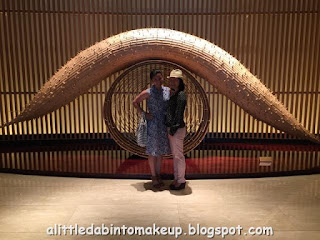 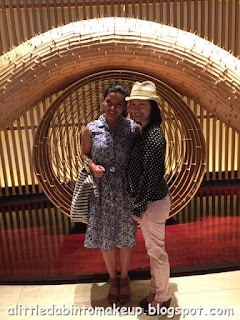