I added a couple more Canmake Cream Cheeks to my collection recently: 15 Antique Milk Rose from the regular lineup and CL09 Clear Raspberry Gelato from the Clear Series. 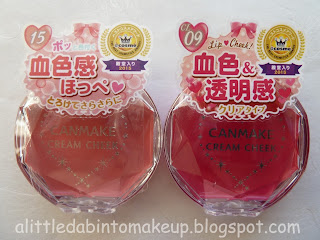 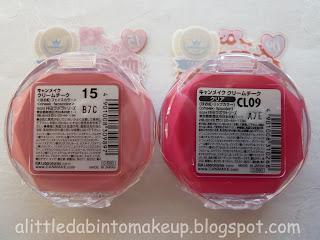 Going straight to the color descriptions here because frankly, I'm never going to get tired of collecting these. They're awesome. I love them, and I use them.

- 15 Antique Milk Rose: a creamy, milky apricot. It's also super sheer and barely shows up on my medium-fair skin tone, which means if you're any darker it might as well be a highlighter. That said, I did wear it several times and found that it's a fool-proof no-makeup makeup. It gives me just enough color just to look alive and sometimes, that's really all I want. 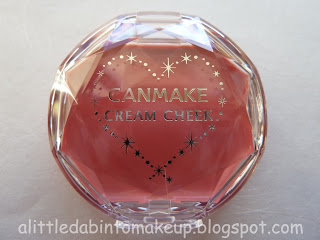 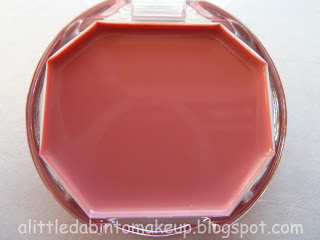 - CL09 Clear Raspberry Gelato: woah, raspberry? Nay. Hot pink! And a really pigmented one at that. Check out the swatch. 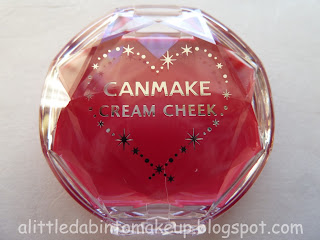 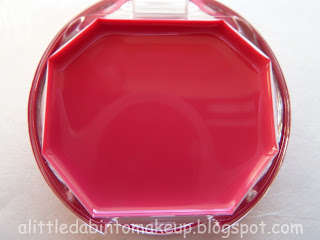 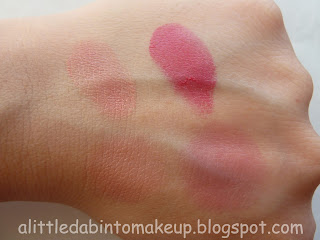 I have raspberry gelato but haven't used it yet (i think I used the earlier pink shades the most) and now I need antique milk rose...

Yup, that was how I was too. New Canmake Cream Cheeks? I NEED them stat! ^.^"

I just found your blog and I absolutely love your reviews on Canmake Cream Cheek collection!
I'm having a hard time to decide which one I should get (I bought one before but don't remember the code), I'd love the 04 Vitamin Orange (I have cold undertone so not sure it will looks good on me tho, what do you think?) or CL07 Clear Ruby Cherry but are those two still available? As I just checked the website and all I could find were the 05,07,14,15 and CL01,CL05,CL08,CL09.

Thank you for reading and leaving a comment :) I'm glad you enjoy my posts.

I love 04 Vitamin Orange myself, but I'm also very warm-toned, and 04 is very orange and very warm, so I don't know how it'll turn up on your cool-toned skin. But I do think CL07 Clear Ruby Cherry should work OK as this color is cool-toned indeed. And it's very pigmented too so it's a great choice!

It does look like CL07 has been discontinued, but there's always Ebay. Or try Rakuten! Some shops will ship internationally now.

If you still can't find it, try the Lip & Cheek Gel--it's very similar to the Cream Cheek Clear Series. There are 2 colors that are on the same spectrum as CL07: 04 Blood Cranberry that's on the lighter end and 06 Dark Plum Sugar that's on the darker end.