This is a long handle brush with synthetic hair. Due to the length of the handle, I left this brush at home and didn't have it to play when I was in Japan or Taiwan. When I finally got around to playing with this brush, I found it to be quite useful.

It picks up a lot of color, which is why it's good for sparkly and sheer pressed powders like these Jewel Eye Shadows. I use it for powder base all over the lids, highlighting in the inner corners of the eyes as well as on the brow bones, simple shadow lay-down, even smudging! It picks up L'Oreal Paris Infallible 24HR Eyeshadow (will post next) decently well too! 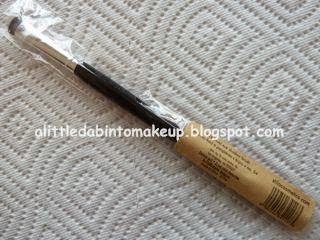 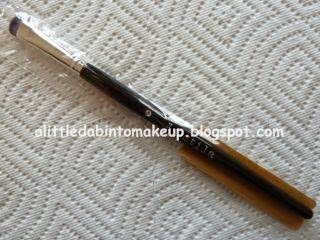 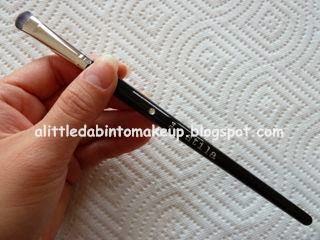 The ferrule is wide and flat (left), and the brush crown is rounded but tapered on the sides (right). Hair length is rather short but the hair are densely packed, soft but firm and the brush feels velvety on my eye area. 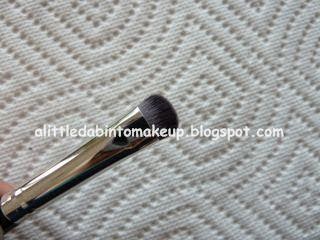 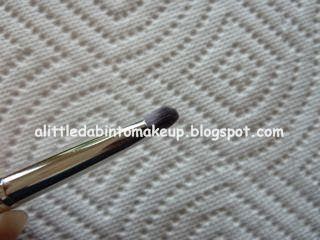 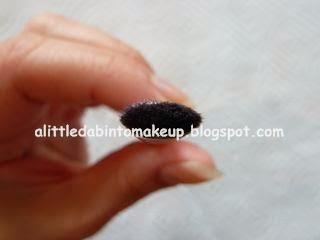 Been using these Stila Jewel Eye Shadows for a while so it's time to review them. I was curious about these for the longest time, particularly the Jewel Eye Shadow Trio, so when there was a sale last fall, I grabbed them, along with a fourth single to fill a 4-pan compact. I also bought an 8-pan compact which I saved for the Eye Shadow Trios and a few other Eye Shadow Singles. Will post those later. 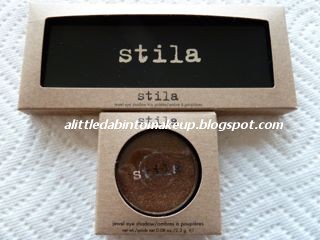 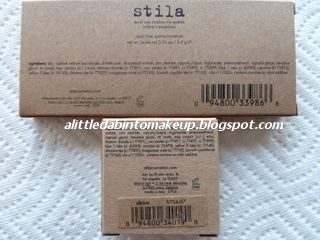 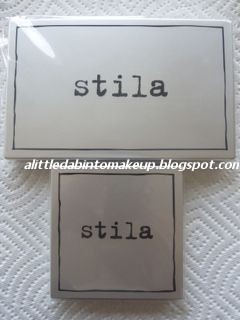 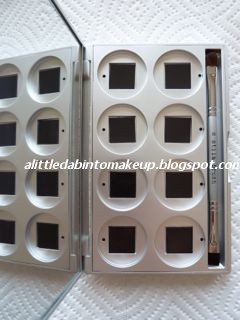 The Jewel Eye Shadow Trio comes with Opal, Rose Quartz, and Amethyst, and the single is Citrine. 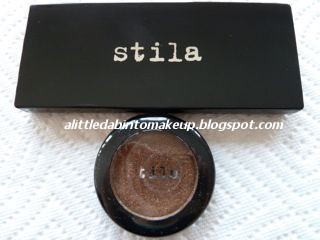 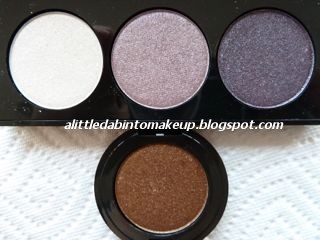 To be honest, I'm not impressed with these. They're pressed powder shadows but they're on the dry side and they're not as soft as I had hoped. Due to the amount of sparkles, they're also not the smoothest. Finish wise they're inconsistent, all are sparkly but Opal, Rose Quartz, and Amethyst are translucent while Citrine is not. Same with pigmentation, Opal, Rose Quartz, and Amethyst are pretty much sheer sparkly top washes while only Citrine can be used on the lid or the crease. Amethyst might work if you layer enough. 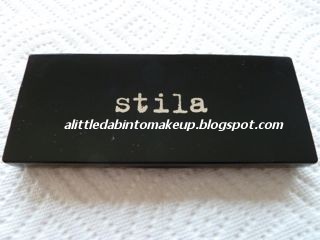 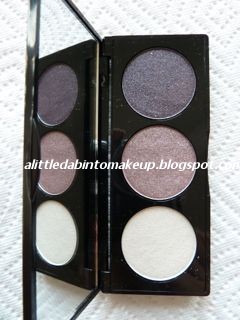 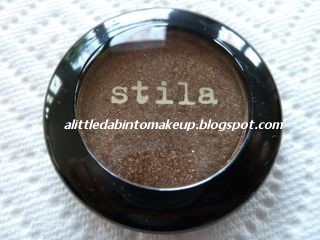 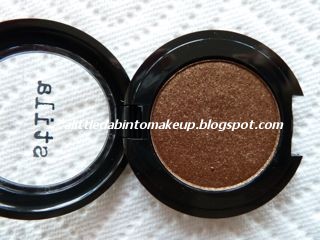 While I love sparkles to death, I have much better top washes from the Japanese market that are better textured, with better pigmentation and better finishes. That's not to mention I have quite enough top washes already and don't need any more from Stila or anyone else for that matter. So that's to say I won't be buying any more of these. Although I do admit the Magnificent Metals Foil Finish Eye Shadows look damn intriguing, but $32 a pop? Seriously? No, just no. I refuse.

Over all, I'm still sticking with my conclusion that Stila is totally hit and miss. They do some things really well, like the Smudge Sticks which I love to death, some blushes like the LE Make Me Blush Cheek Color and the Convertible Colors, and some lippies like the discontinued Lip Glaze Stick and the new Color Balm Stick, which I have had a mini sample of that I do like (will post later). But the misses are painful, not in the least because they're pricey.

The Jewel Eye Shadows in compact. 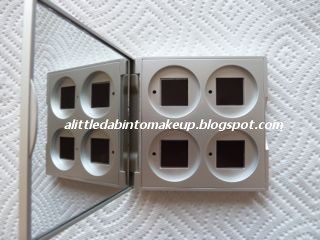 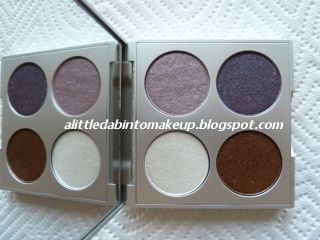 - Amethyst: low intensity, high shimmer. Looks way darker and cooler in the pan than it actually is. It's goes on a pretty violet with lots more pink and not so much a bluish purple like it appears in the pan. With at least a couple of layers it can be used on the lids.

- Citrine: medium intensity, shimmer. Finally, some color at the cost of slightly less shimmers, but that's OK. Perhaps a bit too deep for citrine, may be a golden bronze that applies closer to how it looks in the pan. This color makes a nice crease shade. 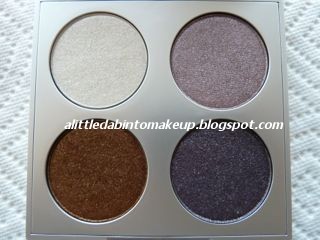 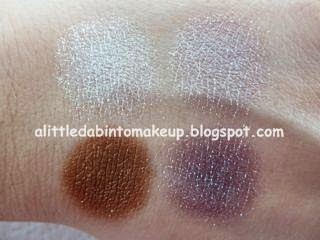 Awww!! :( the colors look lovely!! Sad that they didn't pay off.

Still waiting to get better and go to Sephora for the eyeliners!! I cant wait to get them!

My mom and sister offered to get them for me but I want to go by myself!

Yeah, I had high hopes for these too. Oh well.