A couple of recent encounters at the drugstore:

1. The big size of both this Watery Gel as well as the Watery Essence new formula with SPF50+ PA++++. I bought both for hubby as he loves the lighter gel for the summer and the slightly more moisturizing essence for the fall and winter. 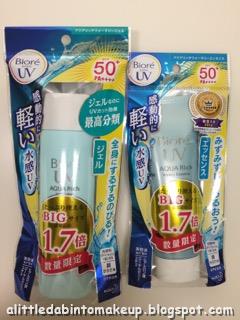 2. The limited edition "Cool-type" formula for both the Watery Gel and Essence. Bought the Cool-type Watery Gel for my sister. Like hubby, she prefers the lighter formula, and she also likes the tingling, cooling sensation from the added menthol, which I don't (I don't like anything unnecessary in my sunscreen). 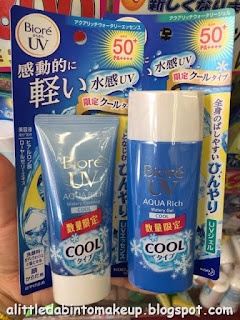 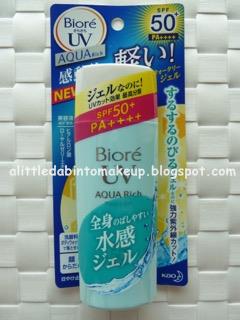 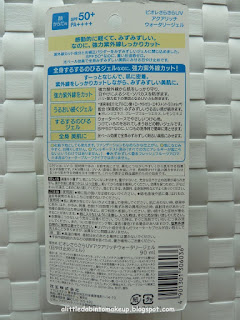 So okay, this is a total cop-out because this gel is almost exactly the same as the essence version, only somewhat thinner and runnier, so it's not even "slightly new." But whatever, just as long as hubby would put on some SPF before going about his day, I'm happy. He did say since this gel is lighter, perhaps it would be better for him in the summer, which I totally agree. So my plan is to stock up both the gel and essence versions for him, gel for the summer and essence for the winter. Win. 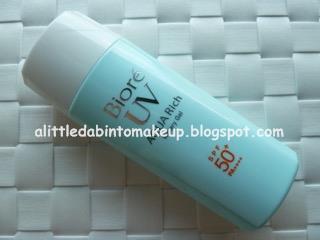 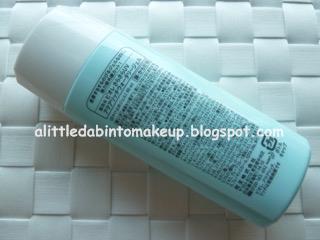 I use this gel too, though only on my neck, decolletage, arms, and feet. It has the same mild citrus scent, same airy light texture and instant absorption, leaving behind soft, prepped skin as if I'd just put on a moisturizer and not a sunscreen. Funny enough, I found this gel to be perfect for my dry arms during fall (and spring too, probably), when there are days warm enough to wear short sleeves. For the summer though, I suspect it would be too much since I sweat buckets and much prefer something more watery, like Nivea Sun Protect Water Gel Super SPF50 PA+++. 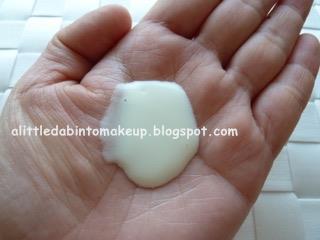