I'm not sure why, but it took forever for these Canmake Lip & Cheek Gel SPF24 PA+ to show up at the drugstores in my neighborhood. I didn't see them around until December of last year, with some stores not getting them in until January of this year! By then, I'd already gone elsewhere for them--Rakuten!

There were 3 colors released initially, 01 Strawberry Mousse, 02 Apple Mango Parfait, and 03 Raspberry Float, with 04 Blood Cranberry being limited edition. That said, as of this spring, 04 was brought back (by popular demand?) and is now in the permanent line-up. There's also a brand new color just released: 05 Cherry Fromage, which I probably won't see in stores for a few months. Sigh.

All pictures taken in natural light without flash. Clickable = zoom-able. 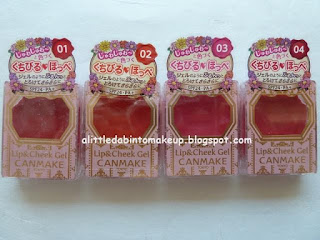 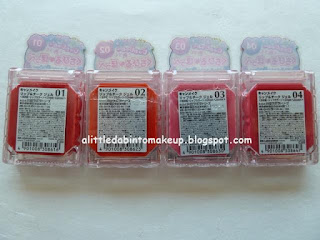 These are pretty much a newer and better version of the Canmake Cream Cheek Clear Series, formulated for multi-purpose use on the lips and cheeks, which means I'll be using them exclusively on the cheeks. They're also SPF24 PA+, alcohol and paraben-free. 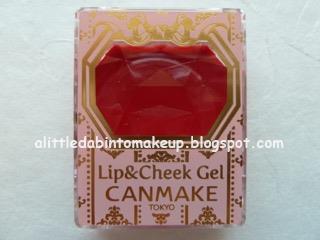 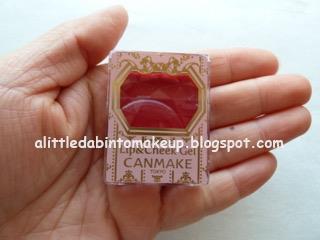 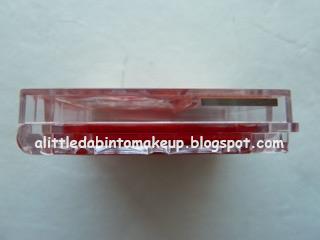 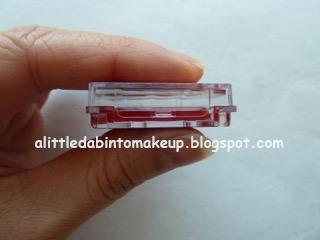 And as you can see, they're quite tiny, 600yen/1.5g of product content versus the Cream Cheeks' 580yen/2.2g! Smaller size means greater portability so I don't mind it so much. Then again, I'm also paying retail, so for those who's paying the marked up price elsewhere, the small size might be a sore point. 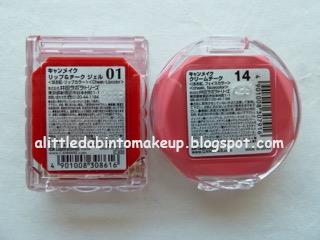 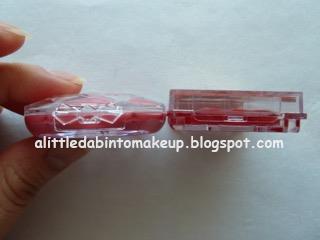 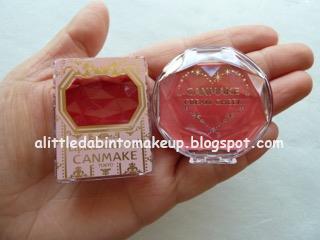 I'd say these are gel-creams versus the Cream Cheek Clear Series' gels. They feel thicker and slightly creamier than the Clear Series for sure, although nowhere as creamy and not at all milky like the regular Cream Cheeks, and they don't blend to a powdery finish. All the colors are shimmer-free and translucent, but they're well-pigmented and last all day on me. I'd been using all 4 colors alongside my newest 2 Cream Cheeks and I honestly love them all!

- 01 Strawberry Mousse: I think this might actually be a neutral red. It looks warm in the swatch photo below because my skin has a good amount of yellow in it, but after blending it's pretty neutral. 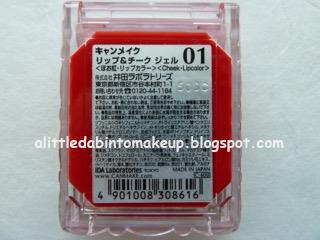 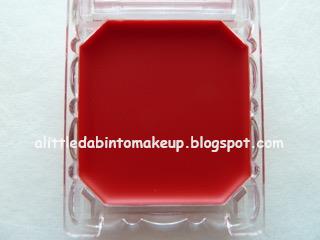 - 02 Apple Mango Parfait: a reddish orange that's the most pigmented color out of all 4, even more so than the red above. I'm guessing it has something to do with my warm skin tone, but this color shows up exceptionally well on me. 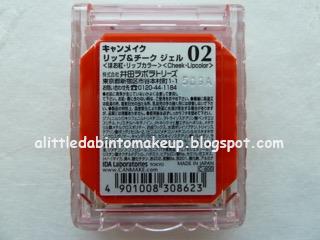 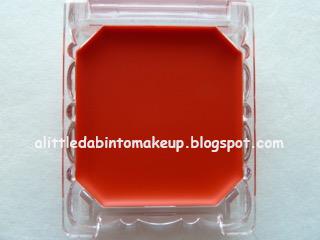 - 03 Raspberry Float: not raspberry at all but more like a medium pink. This is the least pigmented color of the 4, so I think it'll show best on someone who's fairer. It gives me a fresh flush and is nice for daytime use, but at night I can't see it at all. 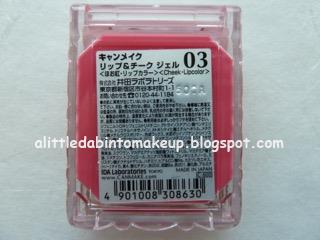 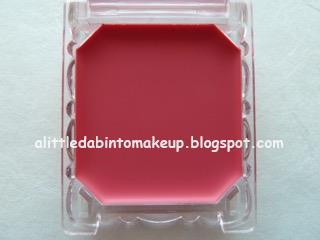 - 04 Blood Cranberry: a raspberry when swatched but gains more red once blended. I'd searched high and low for this color because it was sold out even on Rakuten. Finally, it took a trip to a shotengai in a less busy suburb to find just one, although now it's in the permanent line-up and I see it in store every now and then. 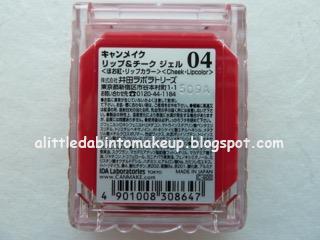 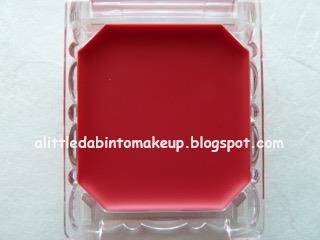 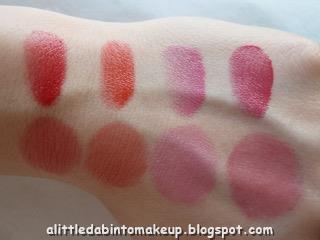 Wow, a new product line! They look really pretty! I like the smaller size, but I wish they were even more compact, haha. It's going to take ages for me to finish my cream cheeks though - I find I only need the smallest dab of a Clear series :P Maybe I'll focus on the regular line first - I can use up more product at once, haha. I hope this line or something similar is still around when that happens!

Yeah, these are pretty adorable, and I also use a mere dab so mine will last for a long time as well so I really don't mind the smaller size. Then again, while this product is marketed as a multi-purpose they shrink its size, which doesn't make sense to me. Oh well...