So...this Lipstick Queen Jungle Queen was an impulse buy, because I was already there and Amazon made it easy to just add stuff to my cart. Supposedly, this papaya-coral pairs well with animal prints. Problem is--I don't wear animal prints ^.^" 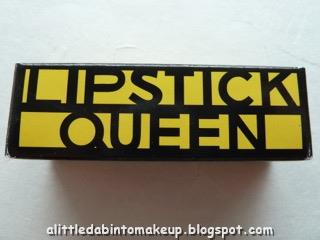 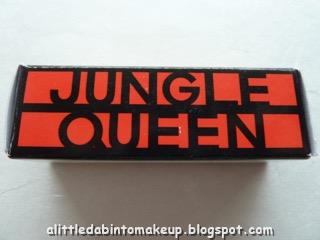 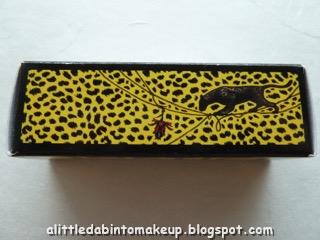 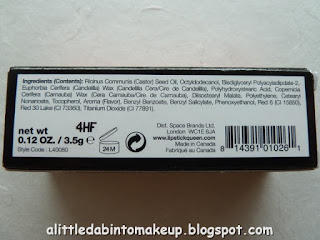 Okay, so the tube is metallic green and is smooth brushed metal, which is a good start. But Jungle Queen super pigmented, holy crap! This whole time, I was under the impression that it'd be sheer, or at least sheerer than the Sinner lipsticks (I have Pink and Red and don't plan on buying anymore). I probably had it conflated with Liptropolis (will review next!), which is supposed to be in between Saints and Sinners. 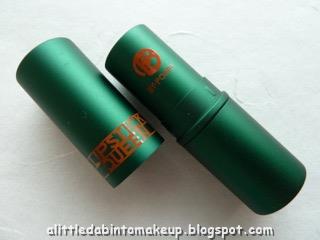 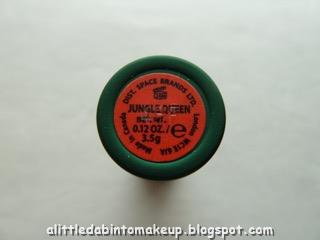 Turns out Jungle Queen is actually in between Liptropolis and Sinners, so more opaque and more pigmented than Liptropolis, just not completely opaque and matte like Sinners. Instead, Jungle Queen leaves a satiny finish, and in my opinion the formula is way more comfortable than Sinners too.

The color is fantastic and I'd say it's more naval orange than papaya-coral, which is even better. But still it's way too pigmented for me. Just a few dabs on the upper lip and pressed will give me bright poppy lips, so I'll keep it for the color but this is not one of my favorite Lipstick Queens I'm afraid :( I still love the Saints best, then not in any particular order the Endless Summers, Bete Noire Possessed Sheer, Medieval, Jean Queen, Dancing Queen, and Butterfly Balls. Quite a lot! 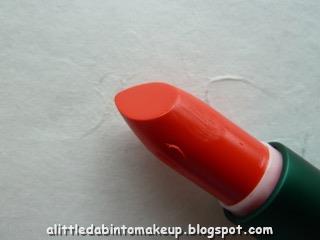 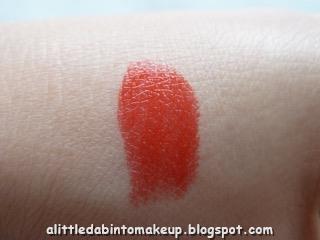