Finally broke into my Addiction Ready to Wear Eye Palette in 05 Departure. Took me a long time because I'm afraid I'll want to go back for more, which is exactly what's going to happen--I'll be going back for more, probably palette 06 Es Paradis. 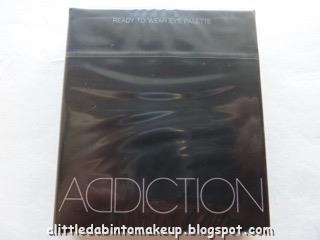 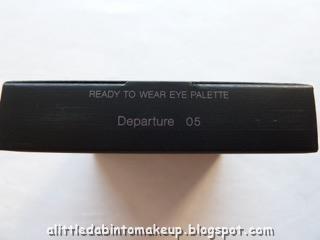 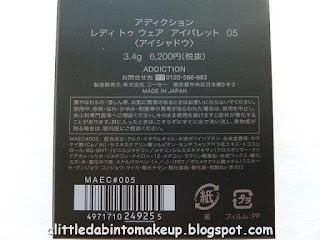 The first thing that struck me is that the compact is oddly shaped--it's cut slanted on the sides. Not that this bothers me, but it's a bit hard to store because it doesn't stack neatly against anything and will fall over when I try to stand it up. 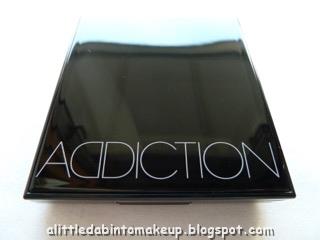 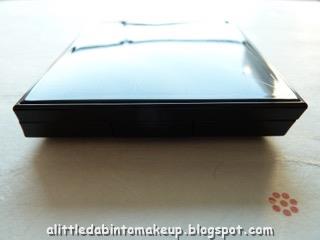 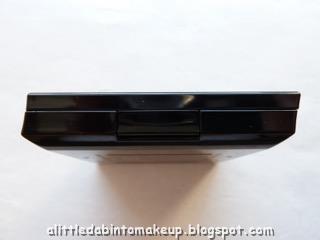 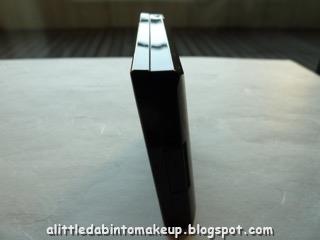 These eye shadows have the same texture and quality as the Eyeshadow singles, only the colors aren't available in singles--they're quads-only. And if I read the Japanese correctly, these quads are only available through Addiction's official online shop. Either way, I don't remember seeing these palettes at the Ginza or the Shijuku Isetan counters.

- 05 Departure: In my humble opinion, there isn't a base/highlighter or a deep/liner shade in this quad. The lavender gray is too dark unless I want to look like I haven't slept. And while that plummy wine is pretty pigmented and beautiful for the crease, it's not dark enough to line my upper lash line. So for me, this entire quad consist of medium/crease shades, which is fine since I don't lack base/highlighters or liner shades. 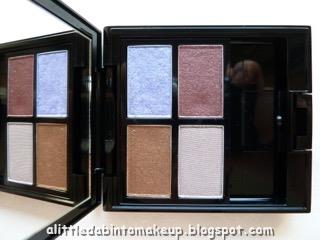 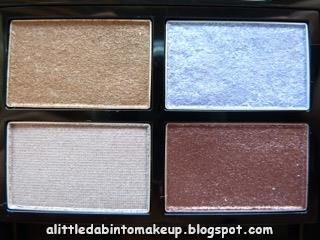 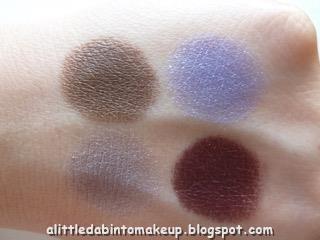 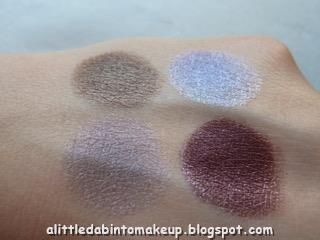 It does look challenging to use as a quad! I like that lavender grey but not sure it would be flattering on me, and the other colors look like they would be difficult for me.

Yeah, but as individual colors I do like them a lot, even if I haven't figured out how to wear the lavender gray ^.^"