Been using this 80mL pump bottle of Biore Prime Body Body Oil for the past couple of months and almost through with it. 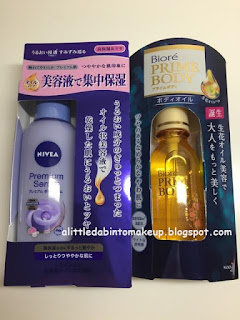 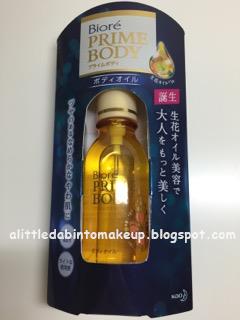 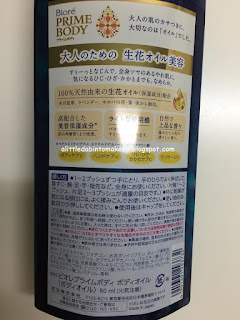 Here's an honest and frank assessment of this body oil: nope. This body oil is scented with a flowery banana scent, and it's exactly what it is, an oil. It's an oil coming out of the bottle, it's an oil going on my skin, and it's still an oil some hours later when I run my hands down my arms. In short, it never stops feeling like oil, it doesn't ever absorb, and even worse is that it doesn't moisturize at all. Despite the oily feel, my arms and legs are still itchy and flaky. Can you imagine flaky skin that's oily at the same time? Urgh. So no, I don't recommend this product, and I won't ever repurchase. 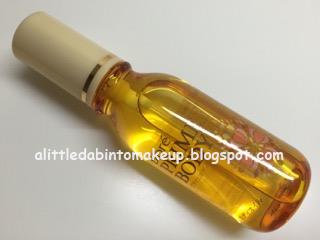 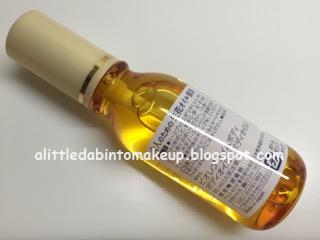 On the other hand, as you saw above I repurchased Nivea Premium Body Serum. That's how much hubby and I like it ^.^ That said, I did buy a few other body oils/serums too so I'll try those first before resorting back to Nivea.
Posted by D. at Sunday, April 17, 2016