Last fall my friend J. pulled me into her search for a blackberry lipstick, which I happily joined because I myself have never found one that doesn't make me look, well, dead. Lipstick Queen Bete Noire has both a Possessed Sheer for me and a Possessed Intense for J., so we gave this line a try. That said, the details below only apply to the Sheer, but thanks to J. I at least have a swatch for the Intense. 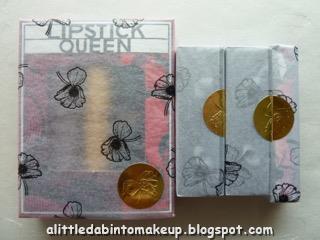 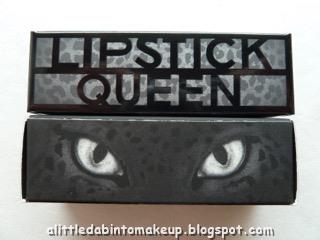 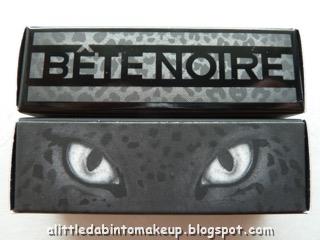 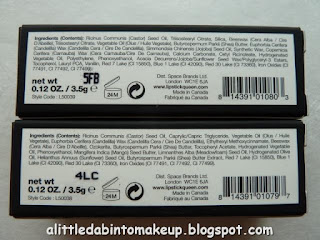 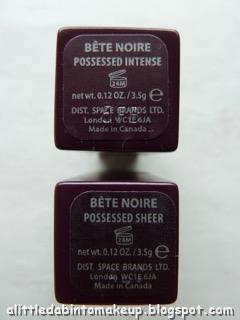 This is my most expensive lipstick to date--$40, though still 20% cheaper than Suqqu if you'd believe it! And of course after paying full retail I realized I could have gotten it for around $30 on Amazon. Boo. Hiss. Good thing it's beautiful and in a weighty square purple tube that isn't sticky rubber but is brushed metal and less scratch-prone. As with other Lipstick Queen lipsticks, these are unscented, and both the Sheer and the Intense are shimmer free as oppose to Possessed Metal which has shimmers. 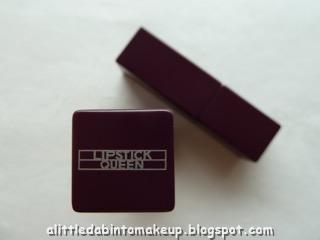 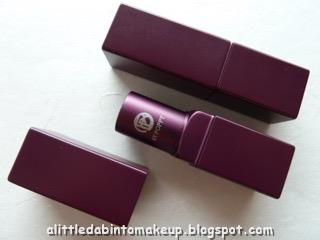 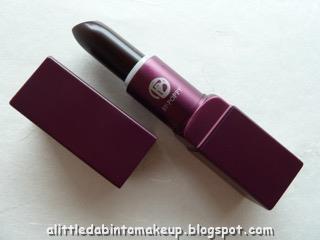 - Possessed Sheer: supposed to be a blackberry which was the reason we gave it a go, but it turns out to be a wine that leans more plummy violet. Despite swatching completely translucent, it's quite pigmented on my lips. The violet is also lot more apparent on the lips than in the swatch, and hands down this probably the most flattering dark lipstick I've ever worn!

The formula is just divine. It feels slightly thicker but is otherwise very similar to Medieval, super smooth and almost balmy, super moisturizing, and leaves a glossy shine. I'd say the only difference is that it doesn't melt like Medieval and other balms a few hours in. LOVE. In fact, now that I've tried this color I will go back to get Addiction Lipstick Sheers 004 Cassis and 010 Amaranto ^.^ 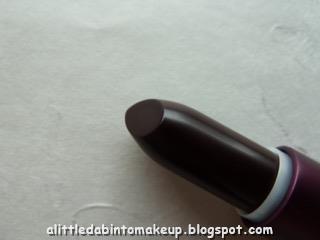 - Possessed Intense: same color only opaque and much more pigmented than the Sheer, of course. Despite swatching with some shine, this is actually matte on the lips--I've seen J. worn it. Funny enough, in the tube this Intense version actually looks lighter than the Sheer. 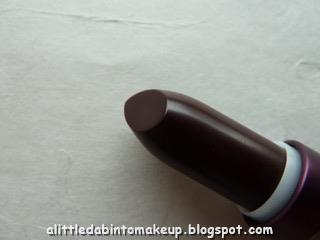 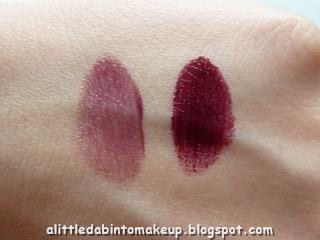