A few days after we returned from Taipei, hubby and I took a late afternoon stroll in the neighborhood and promptly stumbled upon a festival at Atago-jinja. As you can see, it was still gloomy and wet after having rained cats and dogs earlier that day. We were quite surprised to see a festival going on as they usually just cancel and move to the next day. 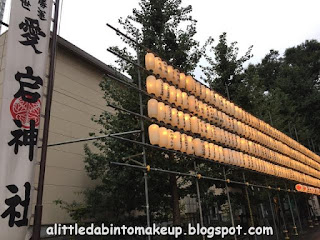 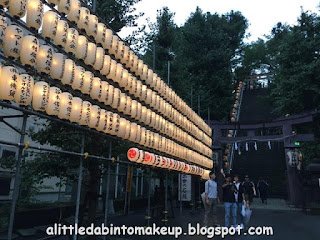 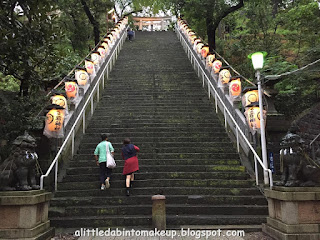 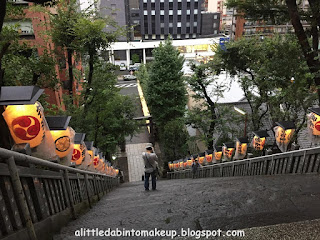 Absolutely loved the festive lanterns and decided to go up to take photos. 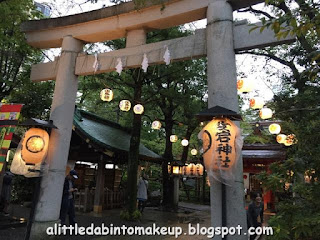 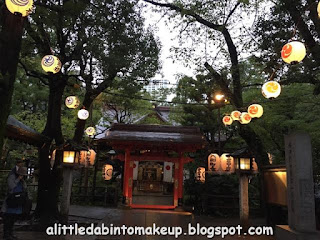 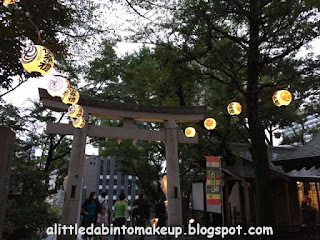 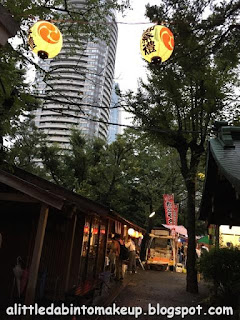 Meanwhile, hubby got bored rather quickly and headed home first. He missed the live taiko performance! Good thing I had plenty of battery life left and took a video of the performance to show him later. Here are the drummers lining up for a bow afterwards. 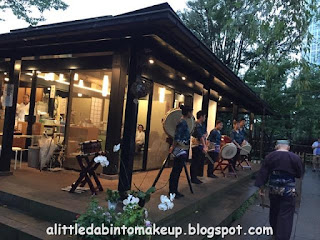 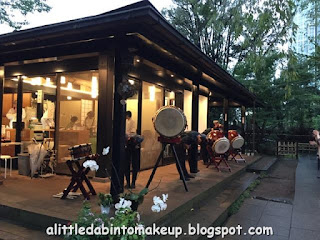 After watching taiko, I wandered around some more and found the two mikoshi. Turned out there was even a parade earlier in the day that we missed. Wow, folks were serious. The party had gone on come rain or sun! 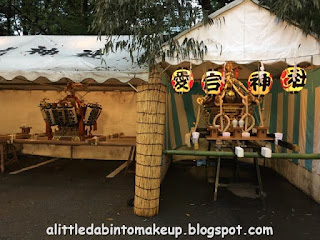 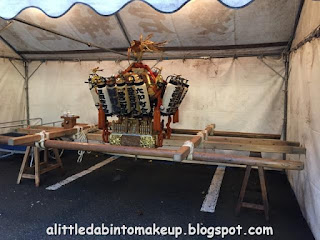 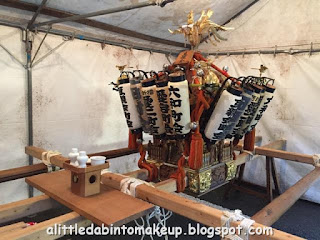 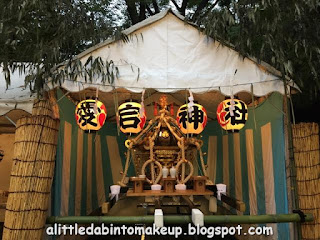 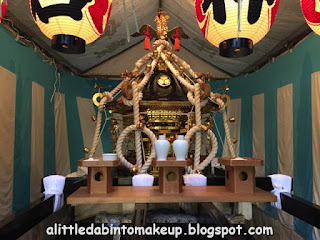 Of course it was later in the day so the crowd had mostly dispersed and the food and snack area was mostly empty. 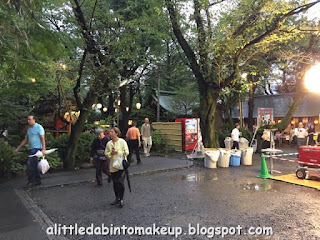 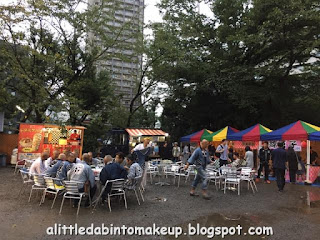 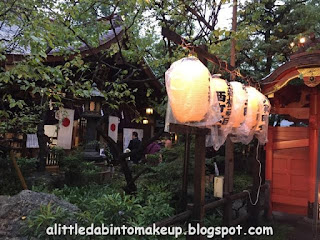 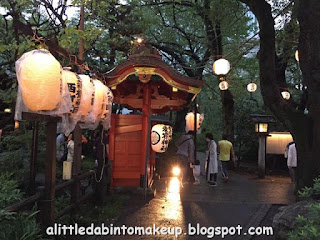 For 100yen you could buy fish food to feed the kois in the pond, though I think it's way more fun to watch ^.^ 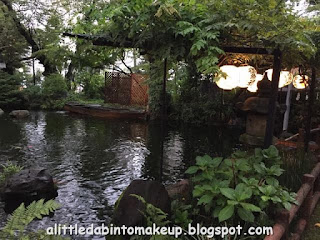 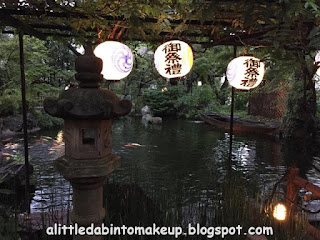 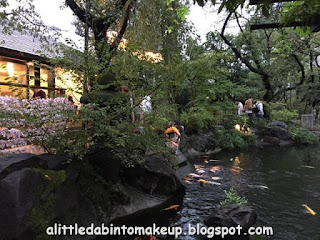 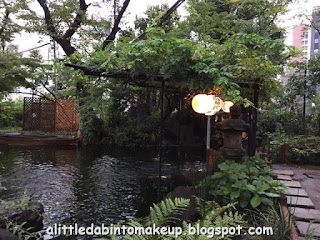 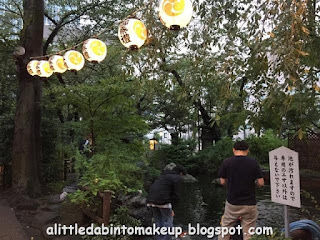 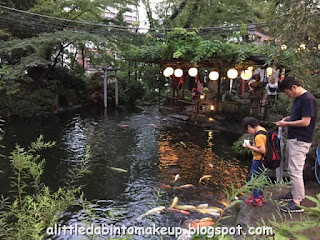 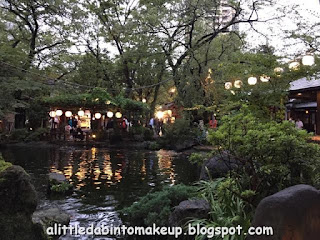 Leaving the shrine at dusk. That was my last visit there at our neighborhood shrine and it was a good one. Dammit, I miss Tokyo :( 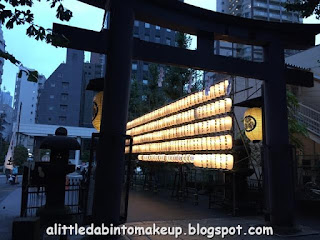 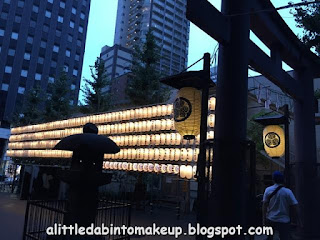 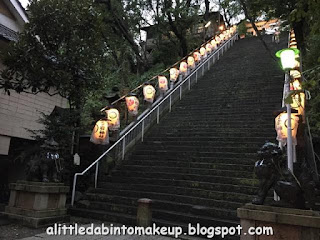