After caving in and buying Coffret D'Or Smile Up Cheeks 02 Peach and 03 Rose prior to leaving Japan, I told myself I would not put up with such bulk packaging anymore. And then they came out with these two limited editions 05 Coral Pink and 06 Red Rose last winter, which look different enough for me to break my vow and bought them despite the same packaging. For spring 2013, Coffret D'Or also released two other limited editions, 07 Rose Pink and 08 Peach Beige, but (thankfully?) these look like recycles of 02 Peach and 03 Rose, so I'm skipping them with glee ^.^' Phew. 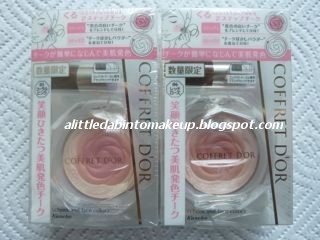 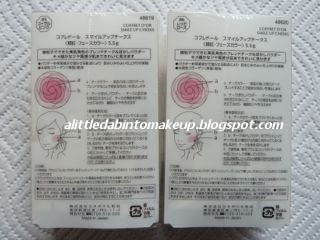 I have already reviewed these in details so I'll just go straight to the colors.

- 05 Coral Pink: the online pictures have made this color look infinitely more interesting than the 06 Red Rose below, thanks to the peachy middle layer that provides contrast to the outermost and innermost layers. That said, once swatched, it was clear the 06 Red Rose is the more interesting one, which goes to show you can't judge a blush by its appearance in the pan. 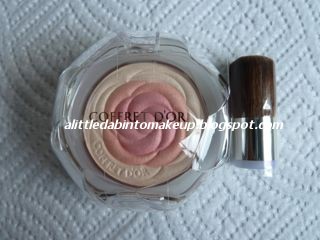 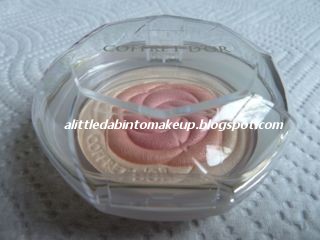 - Highlighter, outermost layer: pearly ecru.
- Medium shade, middle layer: pearly pinky peach with a slight golden peachy sheen. This particular Smile Up Cheek as a whole is slightly more shimmery than all the others in the range. That said, the shimmers are vey fine, so there's no risk of sparkliness.
- Darkest shade, innermost layer: carnation pink with pink sheen. 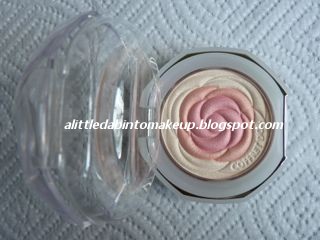 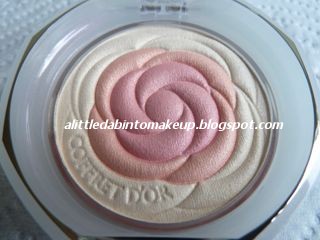 - 06 Red Rose: this one looks totally boring online as well as in the pan but is actually quite interesting on the skin - its darkest color in the innermost layer reflects a different color depends on how the light hits! 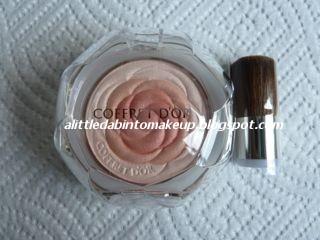 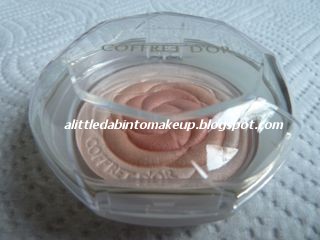 - Highlighter, outermost layer: looks slightly peachy in the pan but goes on a pearly pale fleshy pink
- Medium shade, middle layer: pearly peach with a slight pink sheen, sort of the inverse of the medium shade in the 05 Coral Pink without the shimmers.
- Darkest shade, innermost layer: a reddish coral with a carnation pink sheen. Depends on how the light hits your face, it is either more reddish coral or pink, neat and very pretty! 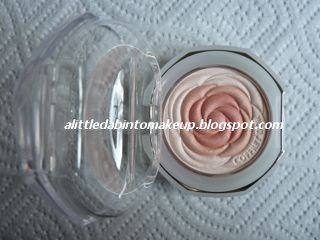 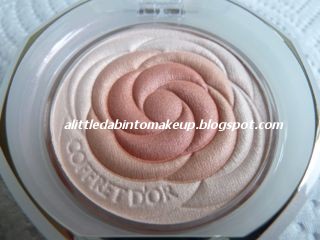 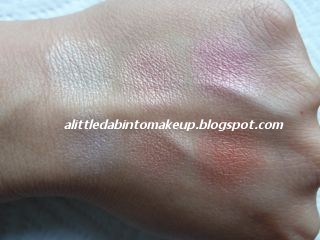