Hubby said to me one afternoon, "Hey, want to go see a really short Noh performance? It's going to be in a Noh theater up in Shibuya, and it's related to Genji Monogatari. A. senpai just sent me an invitation."

I was never really excited about Noh, but hey, I'm in Japan, and we have a free invitation, so why the hell not, right? Turns out this was a promotional event for the Genji Monogatari movie starring Ikuta Toma of the original HanaKimi and Honey and Clover fame. Check out the trailer for the movie! It looks interesting enough, though I didn't know a thing about the movie prior to attending the event. 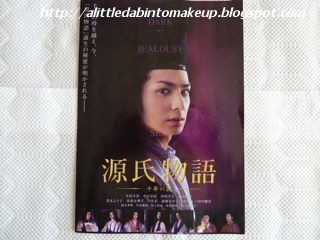 Basically, the event is to introduce the classical gagaku musical instruments used in the Heian court (and in the movie). And turns out, the performance we were seeing wasn't Noh but a dance that accompanies the gagaku, and the musical director had to emphasize that the event is special, since we were in a Noh theater and gagaku has nothing to do with Noh at all! The musical director looks young, in his late 30's or early 40's, but hell, he could be 60 for all I know. Seriously, no one looks their age in this country! So he came on stage with a few instruments, played a little tidbit, then explain how the instruments work. To be honest, it was boring as heck. The guy was so soft spoken it was like he was trying to put me to sleep on purpose and I was out cold in less than 10 minutes!

The musical director is the dude 2nd from left. 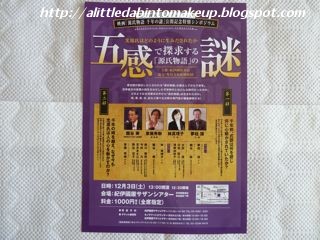 And then really loud clapping woke me up, and I thought, oh, it's done, but nope, the main event had just began. Some guy came out clad in really ornamental costume for the dance. I thought his face was familiar until I looked down at the pretty pamphlet I was holding and realized it was Ikuta Toma on stage in his Genji Noh costume ^.^ And yes, he plays the title character, Hikaru Genji. 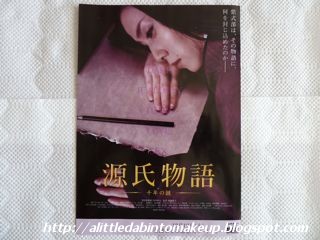 Anyway, so Ikuta Toma performed a 5 minute blip of Noh and then they opened up the stage for questions. The director of music looked really bored the entire time, because of course all the gals in the audience only want to ask Ikuta Toma questions ^.^ After several bullshit questions and answers, the last girl finally asked a common question that's funny enough to make the actor burst out laughing. The question went something along the line of, "Are you anything like Hikaru Genji in real life?" Ikuta Toma's answer? While I don't understand much of the Japanese language, I understood this much, "It's nice to have so many loves like that. I want many loves like that too!" The audience was thoroughly entertained. 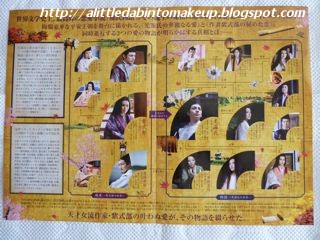 Ikuta Toma as Genji? What?
I saw him in the Ningen Shikkaku movie and found that while he was obviously doing his best, it was just too difficult for him. If they really needed to hire a Johnny's boy for it, why not Nino, who's actually one hell of an actor? (Although I don't find him - nor Ikuta Toma - good-looking enough for the role of Genji.)

LOL that was my reaction too!!! I didn't even remember who Ikuta Toma is until I came home and looked him up and was like, "oooohh...he was Nakatsu in HanaKimi!"

Hmm...I think I would vote for Takizawa Hideaki for Genji. I remember watching him in NHK Taiga's Yoshitsune back when it was on its year-long TV run in 2005 and thought, damn, that boy's pretty ^.^

Takki? Hm, I think I've seen him in some drama before - but really, I think especially for a role like Genji, acting ability should count, too?

haha! I haven't seen Takki in movies/dramas other than the NHK Taiga so I can't comment on his acting skills, but he wasn't too bad in Yoshitsune ^.^ So at least appearance wise I'd think he makes a good Genji, especially in costume.