It has been a while since we last visited Denny's, and so we "indulged" ourselves a couple of times before my trip to visit my family for Christmas ^.^

More seasonal offerings were added to the menu, including a different version of my favorite mixed fruits sundae. Oh, and since the early fall when I had this spectacularly delicious omurice dish topped with kimchi and beef bulgogi, I have officially become an omurice addict too. An omurice is a Japanese fusion dish that blends an omelette with fried rice and various toppings. Sounds yummy? That's because it is!

I ordered a beef and mushroom omurice. I particularly like the omurice at Denny's. The egg omelette they make is fluffy and jiggly and melts in your mouth! Hubby hates it though. He likes his egg well done and not fluffy or jiggly ^.^ 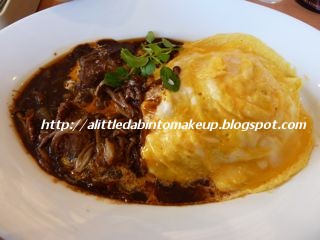 Sometimes, they also season the rice with Japanese ketchup, which thankfully does not taste like ketchup but instead has a briny tomato sauce flavor. 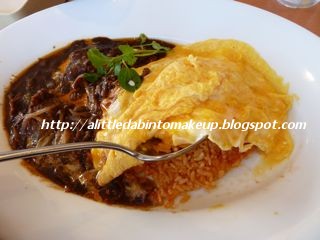 So the unexpected the result is a Japanese-Italian fusion arancini (Italian rice balls) on a plate, which is yummy, though generally I just prefer plain fried rice. 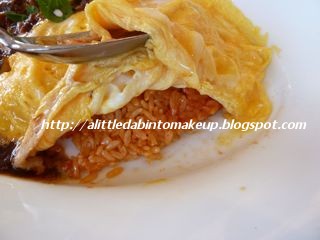 Hubby ordered a steak with wasabi avocado mashed potatoes! Sounds way too exotic for a place like Denny's, doesn't it? 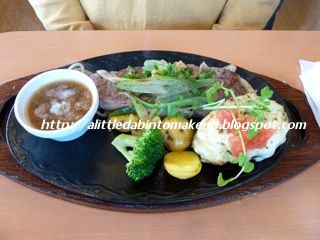 Even the steak sauce (far right, in the bowl) is exotic. It has a blend of soy sauce and yuzu and grated daikon and has a rather light citrusy taste. 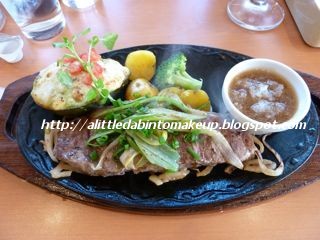 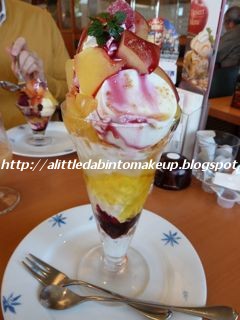 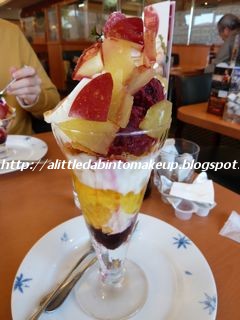 Yep, I ate that entire thing all by myself! 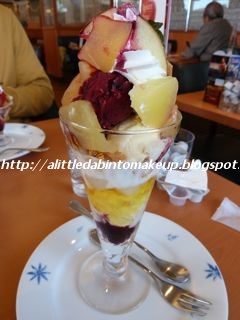